A vote of approval for the June 2, 2016 minutes was first given by RUTHANN GRACZYK and seconded by STEPHANAS LYNCH.

BOB PHILPOT suggested bringing a series of various videos pertaining to writing, one in particular on the correct way to write long sentences.

SHARON PALMERI stated that the next meeting will include a half-hour discussion on character and dialogue.

STEPHANAS LYNCH read two of her poems.  The first poem entitled, “Change,” told of the reluctance of most people to change their lives and beliefs.  The second poem, entitled, “The Old Man,” was a true and very touching poem, about an old man who sat on his porch every day watching the schoolchildren as they passed by.  Two lines near the ending read, “I’ll never forget that trembling old man, who knocked at the door of my heart.”

ADAM SEDIA read his four stanza, very beautiful poem, entitled, “Evening Sun.”  The poem told of the beauty of the sinking sun and its “smiling on the weary millions, Calmly bidding them farewell.”

BEVERLY STANISLAWSKI read her five stanza, free verse poem, entitled, “Ultimate Fisher.”  This lovely poem told of an osprey, quietly skimming the water looking for prey and ending up with a five-pound steel head, almost weighing more than the bird itself.

HARDARSHAN VALIA read his three stanza, list poem, entitled, “Goodbye to Cecil and Others of Similar Fate.”  This wonderful poem told of the death of Cecil, the very famous African lion who was killed by an American hunter.  The last line read, “Winner of the Pursuit of Happiness.”

The meeting was adjourned at 7:45 P.M.
Respectfully submitted:   SHARON BUCKMAN 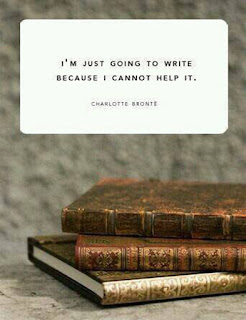 A vote of approval for the May 19, 2016 minutes was first given by CAREN VON SEE and seconded by DAVE WILGUS.

SHARON PALMERI was our speaker for this evening.  The topic was on writing Children’s Books.  Sharon offered tips on writing children's books, and presented the members with several instructional brochures, including:  “Writing Picture Books, “The Difference Between Middle Grade & Young Adult,” “Teaching Versus Preaching,” “How to Get Creative,” and a “Children’s Story Arc Graph.”  A number of our members who are very interested in writing children’s stories found this material very helpful.

NEIL BEDEKER read two pages of his present novel, “Early Retirement.”  In this part of the novel, Chapter 8, Anne noticed that another car was following her sister Claire as she drove down Cicero Ave. in Chicago.  Anne decided not to tell her sister this to avoid alarming her, instead she pretended the car needed washing and drove into a car wash, backing out quickly when the other car did the same.

BEVERLY STANISLAWSKI read her seven-stanza poem entitled, “The Eagle Has Landed.”  An encounter with a very large dead bird several years prior was the inspiration for this beautiful poem, which ended with the words, “Supreme in life, Mystery in death, elegant bird, Still takes my breath.”

SHARON PALMERI read her three-page short story, a time warp entitled, “Sign of The Times.”  The story began with a young man sitting in of his computer screen, staring at ahis messenger app, which read “no messages.” He had been corresponding with a woman who supposedly worked for the Sun Times in Chicago.  Since she had not kept their appointment to meet and he could find nothing relating to her employment at the Times, he began to feel he was being deceived.  The story has a SURPRISE ending.

CAREN VON SEE read two pages of a novel that she and her sister Carol have been working on, entitled The Aftermath and the Promise. The story told of the depression a lead detective suffered in the aftermath of 9/11, especially since he had lost five members of his investigative team in the fall of the towers.  Caren also read two poems, the first entitled, “Beyond,” which concerned “faith beyond that which we believe.”  The second poem was a five-stanza poem entitled, “Soul,” which reminded us of what really remains behind is the “memories in the hearts and minds of those, we touch.”

DAVE WILGUS continued with his novel, A Cross to Bear.  In this part of the story Chad and Cindy decide to take a weekend getaway from all the trouble Chad had gotten himself into.  The trouble, which included the burning of a cross on a man’s lawn, had then caused racial tension in their local community.

BOB PHILPOT read four pages of his novel, Strange Friends.  This part of the novel began with Dora meeting “the stranger” as he went from being a customer in her diner to capturing two would-be burglars as they tried to rob her.  The “stranger” later turns out to be her husband.

HELENA QI read her beautiful five-stanza poem entitled, “Seems to Me Only Yesterday.”  The poem is a mother’s farewell to her firstborn on the eve of his departure for college.  The poem’s closing lines are “Spread your wings wide, my dear firstborn, My love will fly with you, always.”