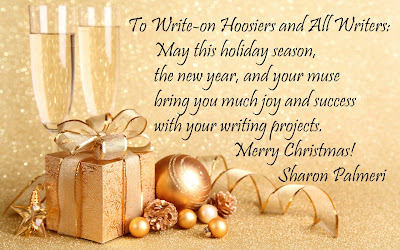 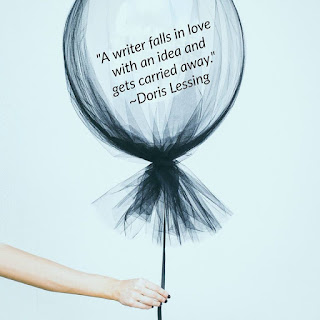 A vote of approval  for the October 17, 2019 minutes was first given by KATHERINE FLOTZ and seconded by AL KOCH.

CAREN VON SEE stated her newest book, My Treasure Chest, is in the process of being published by Balboa Press, congratulations Caren.

SHARON BUCKMAN announced to the  members that she would like each remittance, that is to be read by the members during the meetings,  to have a small summary at the beginning of the story, poem, etc.  This will reduce the time that the secretary  needs to complete her job.

BEVERLY STANISLAWSKI announced that she took first place in the Ohio State Poetry Contest for her poem, “Just a Paris Friday Night.”  She also stated she took an Honorable Mention for another three of her poems,  “Tribute,”  “When We is Just Me,” and “Sisters.”

AL KOCH read his very comical short story entitled, “Doctor’s Orders.”  The story told of a traveling salesman entering a restaurant and ordering his meal along with a cup of soup.  When the waiter brought the soup, the salesman got very upset when noticing he kept his thumb in the soup.  After hollering at the waiter he asked why he would do this.  The answer the waiter gave was very funny, also very grouse.

GORDON WILDER continued  with his short story entitled, “A Parable for Christmas.”  After Omar’s wife and grandson were killed in a car accident, Omar tries to continue going on with his life by seeking employment as Santa in a department store.  A small boy, Jimmy, climbed on his lap and began telling him a sad tale of he and his mother living under a bridge following the death of his father.  The tale continued and Omar learned that the father was the drunk driving the car that killed his family.  The boy was there to ask Santa to try and find a job for his mother.  The story ended with Omar hiring her to help him with his former business.

BOB PHILPOT continued with his novel, Strange Friends.  The story begins with Zeb rescuing a deputy sheriff from a cattle rustler that is having him dig his own grave.  Chapter 3 continued with Jim Shack, Chief Communication Officer, knocking on his partner’s office door.  He needed to let his partner, Tug, know what had happened  to Zeb and to recommend a way to keep the Sheriff in Yuma from finding out that Zeb was actually working for them .  After working out a solution, Jim makes a date with his partner’s secretary on the way out.

KATHERINE FLOTZ read her short Christmas story entitled, “Mother and Child.”  The very delightful story takes place in Southeast Europe during the Second World War, where countless ethnic Germans were starving and freezing in concentration camps.  One of the women, Maria , was pregnant and about to have her baby when a caring guard came to her rescue and managed to sneak her away, finding an old barn to hide her in.  After her son was born the guard later returned, having told the other guards she had died, he put them on his horse and led them away to a safe border.

AMY BRAILEY  read her short story entitled “Cat Burglar.”  The unfinished story told of a world famous thief being foiled in his attempt to steal a famous pearl called “La Peregrina.”  After honing his skills as a professional burglar for years,  he finally felt he was ready for the “big one.” After entering the Smithsonian Institute he put on his badge that he had recreated from noticing the other employees badges.  All had gone as planned that day until entering the hall where the pearl was displayed, whereupon, he hears a “meow.”

CAREN VON SEE read four pages of her newest novel, My Treasure Chest.  In this part, Chapter Sixteen, frustrated Antonio begins to tell Sara how upset he is whenever he is with his Uncle Lorenzo  and his brother, Angelo.  He explains that the two of them are always bickering and nothing gets accomplished.  Sara tells him that a trip to Rome would help them both, but before leaving he needs to speak to them.

SHARON BUCKMAN read her four page true story entitled, “Weekend Best Forgotten.”  The story, written several years prior, told of one of her husband’s employees murdering his wife’s boyfriend and then hiding out in her husband’s fishing cabin.  After finding out what he had done, Ray, her husband,  explained to Sharon that he had given Roger permission to go to the cabin. After finding him there Ray talked Roger into going for breakfast at a local restaurant.  Ray then called Sharon, telling her to notify the police that Roger was turning himself in but to be sure to meet them outside of the restaurant so no one would be hurt.  Roger was found “not guilty due to temporary insanity” a year later.

DENNIS MCLEAN continued reading his novel entitled, The Eye of the Gift Horse. The story takes place at Pear Orchard School and tells of a picture that had been passed around the schoolroom of an undressed woman.  After the picture was turned in to the teacher and taken to the principal, the children begin to surmise all the various punishments they are about to receive.  Finally, Pete, the boy who had brought the photo to school, stands and confesses that he is responsible.

DIANE STRATTON read her three-page short story entitled, “Follow that Hunch.”  The true story tells of Diane driving down Main street of her home town when she notices an elderly woman walking down the sidewalk in the rain.  Diane had a hunch she needed a lift and after turning around she offered her one.  The elderly didn’t seem to know where she was going and Diane realized that she was going in the wrong direction from the address she was given.  Diane later found the woman’s house and talked to her nephew who was in the driveway, explaining to him that she had been lost.

BEVERLY STANISLAWSKI read her four poems, which she had taken awards for.  The first poem, “Just a Paris Friday Night,” told of the tragedy in Paris when terrorists attacked party goers on the street.  The second poem, “Tribute,” tells of giving our vets the proper respect they are due.  The third poem, “When We is Just Me,” tells of the sadness a loved one feels after their mate is taken away.  The fourth poem, “Sisters,” tells of the opposite appearance and nature of two sisters.

MIKE RIPLEY tells of a woman, his wife, who already has her mind made up, never subject for change, in his short story entitled, “The Book.”  As his story continues with various examples of  their lives together, he is suddenly shocked when he hears her saying she is going to take the advice of the fortune cookie that she is about to open.
The meeting was adjourned at 8:30 P.M.