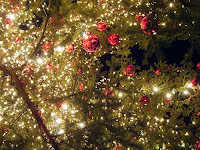 Sharon Palmeri announced that the new Hoosier Horizon books will distributed at the Christmas Party on December 1st. She was able to achieve a reduced cost of $6.50 per book.

1. Nancy Ritz, our newest guest, related that she resides in Calumet City and met Sharon Palmeri in l99l when she attended one of her writing classes at Purdue. She enjoys writing poetry and short stories and is presently working on a novel.

2. Sharon Jesik stated she is presently working on her novel and has been enjoying making stuffed sea horses for her grandchildren.

3. Laurie Chase is continuing working on her novel. She also reminded WOH members of her invitation to attend the Christmas program at the Bethany Chapel in Lowell. The program is entitled "Smokey Mountain Christmas" and features both Laurie and her husband.

4. Jackie Huppenthal stated she has been busy writing poems and working with her photography. She also stated that Judy, Katherine and herself had some of their poetry printed in the "Edge of the Prairie" magazine.

5. Pamela Gonzalez has been busy babysitting for her grandchildren. This has introduced her to some of their childrens books and possibly given her some ideas for writing future books for children.

6. Lisa Groszek mentioned that she has presently written 30,000 words for the 50,000 word contest she is entering for National Writing Month.

7. Tom Spencer reminded us that his poetry group will be meeting again in Lowell on Saturday, Nov. 20th. We discovered, through another member, that he also won an award in a poetry contest given by the League of Minnesota Poets.

9. Judy Whitcomb has been working on a story that she stated will not be a children's book this time. She did find out, however, that publishers for children's books are very interested in stories involving science and ecology.

10. John Boufis stated he has presently been so busy attending various school meetings that he has been unable to do any writing. He plans on changing this during the Thanksgiving break.

11. Beverly Stanislawski is still busy with her poetry and is presently waiting to hear from a Texas contest she entered a short time ago.

12. Sharon Buckman stated she has been at a stand still since both her printer and copier broke on the same day.


13. Mike Musak is trying to work on an unfinished murder mystery screen play. WOH members are hoping he will bring some of his newest work to a meeting so they can try out some of their acting skills.

14. Katherine Flotz and her husband attended another speaking engagement at the Rensselaer Middle School concerning her book, "Pebble in my Shoe." This is also leading to another speaking engagement at a North Judson school. She has sold over 30,000 books at this point. Katherine also stated she received an E-mail from a Toronto man stating he would like a hard copy of her book - he a had a relative that was also in the same internment camp mentioned in her book.

15. Sharon Palmeri stated that she and Katherine were unable to attend our last meeting due to a prior commitment. They attended the Legacy Foundation for Writers where they were awarded a plaque and very large poster, the type used for an easel presentation. She also mentioned a networking event for writers in the Lafayette community entitled "An Afternoon to Write About", on Dec. 4th and concerning the topic of how to develop a writing habit.

SHARON BUCKMAN continued with the last chapter of her book, "Canopy of Leaves." The young girl, trying to escape from her captor, finds an old row boat. After getting it uprighted she pushes it out into the river with her dog, belongings and herself inside, only to find after a few minutes that they are beginning to sink.

SHARON JESIK also continued with her story, "Corn Dancer." In this part of her book the friends of the deceased were trying to find an explanation for their previous encounter with her spirit, by heading towards the foothills of the San Mateo mountains and a man that they thought might have some answers.

PAMELA GONZALEZ read a two page memoir of the things she remembered, and loved, the most concerning her "gramps." The delightful story had a surprise ending when we learned that "gramps" was really her grandmother. The story was entitled "Christmas With Gramps."

LAURIE CHASE read "You Gotta Love That Country Music," a very humorous reading of the various country stars and the songs they made famous.

KELLY CHASE continued with her story, "The Ring." In this part of the story, she tells a friend of her boyfriends deception with a cheerleader. When the boyfriend later joins her she decides to pretend that everything is normal.

LISA GROSZEK read chapter one of her book, "Spirit Heath." The story tells of the death of a l08 yr. old man as the spirit leaves his body, witnessed by his caregiver of the past five years, and his conversation with "Senior Eleanor," as she tries to introduce him to his newest existence.

TOM SPENCER brought his newest poem, "The Curse of Age." The four stanza poem, as related by the title, tells what happens to the mind with age, leaving the daughter to wonder if this will also be her fate.

SANDRA NANTAIS read a story relating to her childhood memories entitled, "North Hammond Rat Pack." The story told of the Saturday night parties in her parents basement and how much they meant to her family as well as all of their friends.

BEVERLY STANISLAWSKI read her three stanza poem entitled, "Soldiers of the Corn." The poem related the rows of corn, standing at attention during harvesting time, awaiting the enemy - the John Deere tractor.
The meeting was adjourned at 8:45 P.M.