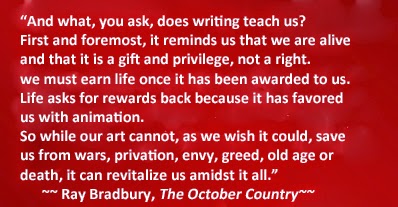 A vote of approval for the March 19, 2014 minutes was first given by KATHERINE FLOTZ  and then seconded by DENISE TAYLOR.

KATHERINE FLOTZ read the treasurer’s report for the year 2013.

TOM SPENCER stated that the Northwest Indiana Poetry Society would have their next meeting at the Signature Banquet Hall (next to George’s Restaurant in Lowell) on April 13th. Guests are invited.

KATHERINE FLOTZ brought a copy of the POP magazine, a poetry book revealing the winners of the 4th and 5th grade students attending the Solon Robinson, Jerry Ross and Lake Street Schools.

SHARON PALMERI announced that the Write-On Hoosier blog had received a total of 2,498 hits in the past month and an all-time total of 17,200 of hits  as of April 2nd.

MICHELLE VARGAS brought a copy of the Splickety Magazine which revealed her short story, “A Better Place” as the leading story.

BOB MOUSELONG read four pages of the first part of his short story, “Under the Bridge.”  His captivating story told of a 12yr. old boy living under a bridge with his dog, Roscoe.   At the beginning of the story, Jake climbed out of the box he had been sleeping in and walked off in the direction of town to find food.  After encountering a group of hobos sitting around a small fire he tried not to reveal his fear.

BEVERLY STANISLAWSKI read her very funny five stanza poem entitled, “Several Cross Words for Your Crosswords.”  The poem was written to her local newspaper in an effort of trying to place the crossword puzzles in the same location of the paper each day.  It seems the editor either missed the point that her poem, or ignored it, because he/she simply replied that poems were not accepted in the newspaper.   Only time will tell if this editor really got the hint or not.

DENISE TAYLOR read two pages of her young adult fiction novel, Beth’s Secrets.  The first chapter, “A Secret Revealed,” told of a young girl, Beth, starting out after school to join three of her friends at one of their homes.  She was stopped by another concerned male friend who tried to convince her that since these meetings were not supervised – and it was not a good idea.

TOM SPENCER brought his touching poem entitled, “Observation.” The poem related how a person with very poor eyesight can judge the character, etc. of a person they are unable to visualize.

MARY ELLEN BEECHER, one of our newest members, read an early draft of her novel, Out Of Control.  The story related to “living with an addict” and told of all the sorrows and complications that were involved, including having a terrible time trying to find medical help even with the addict himself trying to help.

JANE BURNS read her short story, “The Hep Cat.”  The story began with a man walking along the street looking for a place to relax and walking into a curio shop.  After a curator noticed the man climbing a ladder in the shop to look at a crown, the curator insisted on helping him. They were interrupted by another man who took offense at something the Hep cat had said.  When Hep Cat managed to get away from the disgruntled man he was killed by a shelf-tower collapsing on top of him.  The last words of the story were “the ‘Curio City’ killed the cat.”

The meeting was adjourned at 8:25 P.M.
Respectfully submitted:
SHARON BUCKMAN