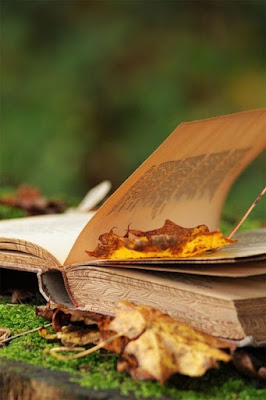 GAIL GALVAN had members acting out “Good Witch/Bad Witch” which had two boys and a girl daring each other to see old bag lady Bonita that they believed to be a witch. Could she grant their wishes or not?

JOHN HUNT read “The Apprentice,” (with apologies to C.S. Lewis). This story dealt with characters trying to film some weird goings on in the woods. Meanwhile, two of Satan’s men, Dubium and Sloven, sit watching, hoping for the “Devil’s sake” that no evil one would get caught on camera again.

BEVERLY STANISLAWSKI introduced us to “Baba Yaga,” Polish for witch. Baba had a green face, a nose wart, and an appetite for inviting children to dine. “One Scary Night” was about Halloween. Two boys went to Hacken’s house, where his dog Killer also lived. One boy got stuck there. The other one saved him with something which stopped the “Hacken, Killer, Coffin.”

DENNIS McCLEAN presented a somewhat spooky excerpt, from his novel, The Eye of the Gift Horse. “Sidney caught glimpses of cobwebs and hanged men festooned in trees and bushes.” He also believed he could “sensed the dead rising from the underworld, inhabiting fresh minds and bodies.” The continuation of his novel showed some characters boys playing and fighting like typical boys, arguing about how to play the game. They notice Bob Jonson is missing and wonder if he went back to school to snitch about the racy photo being passed around the room.

MARILYN KESSLER  told us that she “ Knew it’s Fall, for Sure Now” as she noticed the wind blowing leaves in circles,” the sky dark and gloomy sky like snow is on its way, and mothers with wild blown hair quickly getting bussed kids home. As expected, Mother would be cooking a pot of stew.

MIKE RIPLEY tells in his book, Dreamrail, about a train ride for Christina which proves to be a unique experience. She notices lives of people through their windows as the train passes their houses. A call from Phillip Savage distracts her. As they chat, his dog begins to bark.  Christina hears heated voices, and the phone suddenly goes dead. The train shifts unexpectedly, and she falls to the concrete. A young boy tries to help, but she is wary of him and is still worrying about Phillip.

HARDARSHAN VALIA read his poem, “Tale of Two Coffee Houses,” that was printed in Northwest Indiana Literary Journal. One is “a smoke-filled coffee house with barren floors, age-scarred walls, visited by a poet, late in bloom.” The other is a Hoosier coffee house near Lake Michigan where the poet meditates on a poem by Mari Evans, “Celebration”  “brilliantly displayed on a mural made with fallen leaves of poetry chips.”

GORDON WILDER offered part of his story, “A Parable for Christmas,” which told the story of yet another Christmas miracle. Improbable circumstances which lead to unlikely people meeting and the power of forgiveness and empathy that can indeed produce a miracle. When we divest ourselves of prejudices, we can enjoy the beauty found in other groups.

PAM MAUD presented her story, “God’s Fingernail” One character is comforted knowing that God is watching over you when you see that He’s been cutting His fingernails (the crescent moon). Another character, Don, is concerned about his favorite radio station and views the countryside he drives his truck. As he gets close to Mitchell’s town limits, he slows down. Life in the little town is rather ordinary with some men doing remodeling chores.