A Christmas Card for you! (enable speakers, please)

Have a Blessed Christmas! 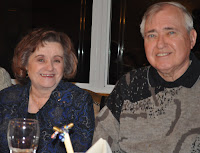 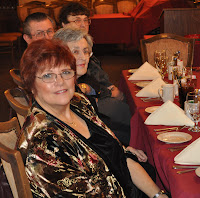 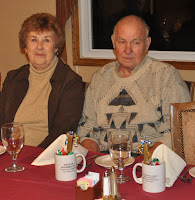 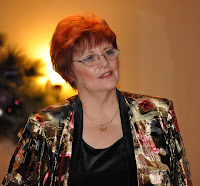 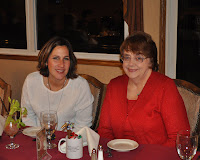 The minutes of the Write-On Hoosiers Meeting on November 18, 2009 are as follows:

Final notice of the Christmas Party on December 2, 2009 was discussed. Also, Sharon Palmeri has asked for a volunteer to take the minutes next year. Sharon Buckman has graciously accepted.

Sharon Palmeri showed us the latest book of the Prairie Writers Guild entitled "The Edge of the Prairie" in which Sharon and Katherine Flotz have entries.

Sharon Palmeri also mentioned that she is proud of her children's writing group which she is teaching. They have formed a writers' group after finishing Sharon's class at Merrillville High School.

Beverly Stanislawski's poem "The Eagle has Landed" has beautiful descriptions of the powerful bird which landed in her backyard dead. It turns out, it wasn't an eagle after all.

George Miga read us his final chapter of "Medal of Dishonor". Cordell Jackson, who had been given the medal, proudly placed it on the body of Bobby Geary who served with him in the war.

Tom Wilson read part of his story "Hero of the Gods", a phantasy of long ago.

Sharon Buckman continued her "Canopy of Leaves". The young girl, being held prisoner by man in the woods, is still trying figure out a way to escape.

Mike Musak wrote a very funny play called "The Turkey Hunt". Two drunks are trying to drive their truck through

a field trying to hunt for turkeys. They miss the sign "High Water" and end up in a funny situation.

Sharon Palmeri read her story called "Missy" which appeared in the "Edge of the Prairie" publication. It is the story of her dog, Missy, and how she dealt with having to put her down.

Sandy Lundin has started another biography which she is ghost writing for a gentleman from Yugoslavia. It begins in 1916 and is titled "The Good Life of my Father and Mother".

Katherine Flotz read a Christmas memory from 1945 entitled "Silently the snowflakes fall". It's a translation from German, which she wrote in 1985. Her memories tell of the very sad Christmas she had in 1945 in a concentration camp.

Paul Mulligan and Janice Beier did not read.

Special Note: You are all invited to Katherine Flotz's house for the first meeting in January 2010. The date is January 6th. Further reminders will be forthcoming.

The minutes of the November 4, 2009 meeting of the Write-On Hoosiers, Inc:

Announcements: Anyone wanting to attend the Christmas Party on December 2nd, must have their money in by the next meeting, November 18th.

Beverly Stanislawski had some good news: She had entered some poems in the Poetry Society in Florida and two of her poems won second place, and three earned honorable mention. She also entered a story in "Grandmothers Earth" publication and won first prize of $100.00 and another story won third prize of $25.00.

We are all very proud of you, Beverly.

Janice Beier's children story was written up in The Times on November 3, 2009. The article was entitled "Local author tackles diversity." She will also be on "Authors Radio Show" on November 25, 2009. Congratulations to you, Janice.

Cathy Dziubla did her first and last film review entitled "Dean Spanley". This is a 2008 New Zealand British Comedy. She said that to fully appreciate the witty dialogue, close-captioning is recommended.

Cathy also read us a beautiful essay written by her fifteen year old grandson, Jake Dziubla. The story treats us to a colorful and scenic autumn day.

Beverly Stanislawski wrote a poem entitled "Soldiers of Corn", a subject she found while driving through the area with cornfields near farms in Indiana.

John Boufis re-read "Tears of the Soul" - still trying to work out the kinks.

Sharon Buckman continued with "Canopy of Leaves", this time Anne is expected to go fishing with her captor. She is still trying to find a way to escape.

Janice Beier continues her story of a woman who is chased by dreams and is finally subdued by the attendants of the facility. Very descriptive and scary.

George Miga continues with "Medal of Dishonor". McCall is in contact with President Johnson, who wants favors in exchange for intervention for Cordell Jackson.

Tom Wilson did not read but gives excellent critiques.

Katherine Flotz did not read.

CHRISTMAS PARTY DECEMBER 2, 2009 at Lake of the Four Seasons Clubhouse.

Posted by Write-On Hoosiers, Inc. at Thursday, November 05, 2009 No comments: