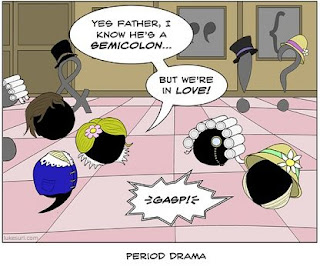 A vote of approval for the July 2, 2015 minutes was first given by KATHY FLOTZ and seconded by SHARON DORELLI

KATHERINE FLOTZ stated that she would be speaking about her book, “Pebble in My Shoe,” for the Rotary Club.  It will be held at the Youche Country Club in Crown Point on Wednesday, July 29th at noon. SHARON PALMERI stated she had received information about various writing workshops.

The first was Saturday, August lst at the Franklin Center, 201 N. Griffith Blvd. in Griffith from 12 -5 P.M $10. Per workshop:
Session 1:  Room A for writing a short poem, Room B for the introverted writer  Room C,  generating something from nothing.
Session 2:  3-5 P.M. , Room A, Creating books of poetry, Room B Language and sensory details, Room C story through song,  Room D, The art of fiction and witty dialogue.

Sharon also mentioned the Indiana Writing Workshop http://indianawritingworkshop.com/ on October 24, 2015 at the Embassy Suites in Indianapolis . This one-day special will feature “How to Get Published.”  All genres are welcome. $129 — the EARLY BIRD base price for registration to the event and access to all workshops, all day. Price increases to $149 as of Sept. 1, 2015.

In addition, she mentioned that the date did not conflict with the Indiana Writers’ Consortium “Steel Pen Writer’s Conference ” which will be held on Saturday, October 10 at the Radisson Hotel at Star Plaza. http://indianawritersconsortium.org/IWC-creative-writing-conference.asp  $65 for members $75 for nonmembers

KATHERINE FLOTZ read two pages of her newest novel, The Journey.  This part of the story, takes place in Germany at the end of World War II and begins with a soldier witnessing passengers getting off the train, reuniting with their families after years of separation.  He is unsure if his family will be there to greet him.

SHARON BUCKMAN read four pages of her sequel, Beyond the Canopy.  After finding out that Harold’s close school friend, Anne, had been kidnapped and raped before he met her, he heads home only to find out more disturbing news.  His father, who he believes is hiding out his cousin from the law, discovers that the “cousin” is in dire need of medical care.

ADAM SEDIA brought his five-page parable, “The Red Sky.”  This enticing story told of a man, following his guide across the Great Mountains, discovering a great story, which explained why this particular area was called “the great sky.”  It was finally explained that a powerful empire, many generations before, had entertained the idea that a red sky would be much more beneficial than a blue one.  After finally accomplishing this feat, they discovered that it only brought ruin to the entire area.  In the end, some of the remaining inhabitants were finally able to restore the blue sky.

BEVERLY STANISLAWSKI read her six-stanza quatrain poem entitled, “What’s in a Name.” This very accurate poem told of what people have to endure if they are unlucky enough to have a very long, or hard to spell, surname.  The end of the poem also tells of the one benefit.

SHARON DORELLI read her eight-stanza poem entitled, “Nightmare.”  This beautiful poem tells of “the many doors to many worlds” as “light dissolves the gloom.”

DAVE WILGUS continued with his novel, The Joshua Henderson Story.  In this part of his novel, Dave gives some background to the main characters. Chad and Cindy Hendersonl begin to relate to the help they will eventually receive, as they try to help their son overcome his serious medical condition. 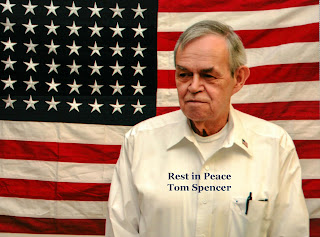 Paul Mulligan  moved and Katherine Flotz seconded the minutes for the June 18 meeting.

Sharon Palmeri suggested that the group take up a collection to go toward the Tom Spencer Memorial Fund.  Tom Spencer, a loyal member, recently passed away. The suggestion passed unanimously

Amy Brailey gave a brief account of her recent trip to Auschwitz, Poland, with the Candles Museum group from Terre Haute.

Adam Sedia announced his recent marriage, May 23, and mentioned that the couple honeymooned in Costa Rica.

Beverly Stanislawski read her memorial poem, “ Maestro,”  in honor of Tom Spencer. It told of the letters of the alphabet being silent, now that their conductor had laid down his great baton. Tom’s legacy would be other poets who followed him who were kind to his letters

Sharon Dorelli presented her poem, "The Lonely." It told of a man and woman who had been neighbors for several years, but who never really got to know each other. They lived their separate lives on opposite sides of a tall wooden fence. Often wondering one another, they never took the opportunity to put aside   shyness or other obstacles to become good friends.

Paul Mulligan read from Chapter 5, “Lesson Learned,” of his novel, Be Brave-Now Die. The newlyweds return home, finding time for some romance. Darlene’s inability to cook is discussed with their landlady, Mrs. Nichols, who promises to help her learn. The couple also must consider how to adjust to possible mother-in-law interference.

Bob Philpot gave us another chapter from his novel, Strange Friends. In Chapter 6, we meet Red Rump, a tarantula who develops a rather unusual friendship with Zeb. The spider is so friendly that Zeb can get close enough to feed him meal-worms.  Zeb learns a lot about Red’s habits and knows when to keep his distance from this strange friend.

Katherine Flotz continued reading from Chapter 4 of The Journey  novel.
The Brenner family makes a difficult decision to leave Germany and travel to America without knowing if Martha’s husband is alive and in a prisoner-of-war camp. “The ocean voyage is a rebirth for Martha.” She realizes that she will have to overcome the feeling of not “belonging” in order to make a new life for the sake of her sons.

Nancy Ritz introduced us to her novel, remaerDDreamer, by reading from Chapter 6, “21st Birthday.” While we met only Paris Bert in this chapter,
we learn that she has a twin sister; but neither knows about the other. Paris, raised in Kentucky, is surprised that her ranch life is unusually quiet on her birthday. A big surprise awaits her as she learns that Wesley Bolt, the Horse Whisperer, actually answered the letter she wrote to him and may be coming to see her.

Adam Sedia offered a wonderful memorial tribute to Tom Spencer.  The poem, “Hymn to the Ascending Soul,” spoke of Tom’s soul  “manifesting on high…” as he was the “justified one thou has spoken truth, thy words have been weighed and found true…. Now take thy place among the immortals, to dwell forever among them.”

Sharon Palmeri read her free verse poem, “She.” A lovely Indian maiden appears troubled, but we do not know why. After a preparation ritual of sorts, she eliminates all worldly possessions, except a turquoise ring she promised never to remove. Then, she commits suicide. Years later, another young woman stands at the same mountain, recalls the legend of the Indian maiden, and inexplicably is wearing a turquoise ring she has promised never to remove.