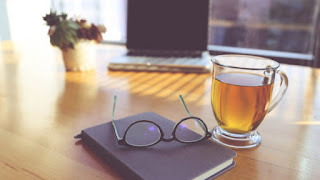 Crown Point library updated their mask policy and stated no masks are necessary if individuals are fully vaccinated.  Dues are half price this year ($10.00) and Katherine is happy to collect!  Dates, times and places for future meetings were sent out to emails previously. MARK YOUR CALENDARS because “WE’RE BACK!”

AMY BRAILEY stated that the book signing on May 23rd at her church went exceptionally well.  She was promoting her novel BEHIND THE VEIL.  The magic sword was even on display! She also let us know she would be gone on vacation for a while.

SHIRLEY VAUGHAN brought both of her books to the meeting.  The first one is titled:  The Will of God.  Her second published book is Heaven’s Plan. She is working on some revisions on this one.

There was an open discussion on some of the differences between self-publishing with Digital Draft 2 and Kindle Direct Publishing.  For comparisons and contrasts a good link article for those who are interested is the following:

GAIL GALVAN suggested a literary project:  a book compiled of Haiku poems by members.  If the idea sparks and one hundred poems are obtained she would publish a book—HAIKU HUNDRED.  If interested send Haiku poems to savesoulusa@gmail.com.  Updates will be given later. (A haiku consists of three lines with a 5-7-5 syllable structure.  The first line has five syllables, the second line has seven syllables, and the last line will have five syllables.)

GAIL GALVAN read three haiku poems. The first one was about “a sobered-up dude” who won American Idol, the second touched upon creativity which is “always burning inside us,” and the last one emphasized the sentiment that it’s best to keep on trying rather than letting dreams die.

SHIRLEY VAUGHAN read from her latest book, Heaven’s Plan.  As the story begins, Mary claims, “I know who my new mother will be.”  She is in Heaven, but getting ready to be born again on Earth.  Mary and two friends, John and Eric, are able to fly, and they soar above the Statue of Liberty in New York where Mary believes she will begin her new life soon. Members found the premise of Shirley’s book, guardian angels roaming around on Earth, very interesting.

Here is the last one:

“This banner has its fifty stars

For all the world to see.

Our glorious flag that serves so well

Waves for our liberty.”

The second poem has five verses and seems to imply that peace is “hard to define” and important, but elusive.

With a universal creed

Freedom for all mankind.”

HARDARSHAN SINGH VALIA read his beautiful, intriguing poem: “Theater on the Lake.”   It described glaciers forming, Paleozoic rocks shaped by a divine order, and moonlit skies while enjoying country fair rides, corn-on-the-cob, funnel cake, and a viewing of The Sanctity and the Vulnerability of Life at a Theater on the Lake. Here is how Valia explains his poem.  “The poem is an ode to Lake Michigan that formed when the glaciers melted during the last glaciation period and filled the basin some 10,000-15,000 years ago. With that started the warm interglacial period and celebration of life began. This aspect of interglacial period resulted in tremendous growth for the society. So, enjoy the life in between the ice ages of the past and the future.” 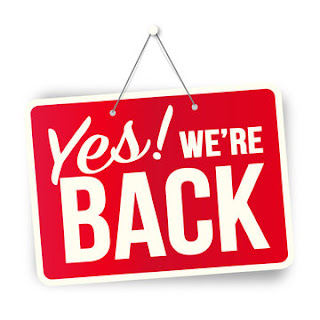 Due to the Covid pandemic our normal meeting place has been presently canceled. A vote was taken as to the place, dates and times of our future meetings. It was decided that the meetings would be alternated between the Crown Point Library, 4:00 P.M. to 6:00 P.M. and Pappas restaurant in Crown Point, 5:30 P.M. to 8:30 P.M.

AMY BRAILEY announced that she would have a book signing on May 23rd at the Living Stones Church in Crown Point. Amy also announced the recent publication of her book BEHIND THE VEIL.

GAIL GALVAN stated she recently had a book published entitled, DIARY OF AN AMERICAN COVID-19 ERA SURVIVOR. She also stated that $3.00 of each sale would be donated to her local food pantry.

SHIRLEY VAUGHN told of the recent publication of her book entitled, HEAVEN’S PLAN.

SHARON BUCKMAN read two pages of the beginning of her new novel entitled, “RUNNING ON A TREADMILL.” The story takes place in the early 70’s and begins with a young woman making plans to run away from her controlling boyfriend. In the beginning everything seems to go as planned.

SHIRLEY HINMAN read her poem entitled, “THE DETOUR.” Her delightful poem compared the overhauling of an old road to life’s destiny.

BEVERLY STANISLAWSKI read her five stanza pantoum poem entitled, “INTERTWINED.” Beverly’s lovely poem began and ended with the line that completely described the poem, “The hearts that once loved can begin anew.”

GAIL GALVAN read a 47 line excerpt from her memoir DIARY OF AMERICAN COVID-19 ERA SURVIVOR. The excerpt, entitled “World Chaos/Comfort Cats,” told of her “loving home companions” and how much they meant to her during her time of pandemic isolation.

MIKE RIPLEY read his three page story entitled, “THAT EAGLE.” This very well written, and sometimes hilarious story, told of an eagle landing on his deck and beginning to ask him a series of political questions. The questions began to get harder and were questions we would all like answered.