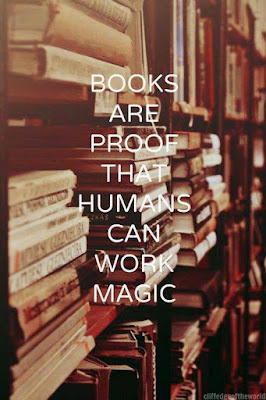 Amy Clites, Mike Bednarczyk
AMY CLITES introduced herself to the members.  She explained that she was formerly from Los Angeles and New York and is now living in this area.  She also stated she that she has had several different occupations including ghost writing and writing screenplays.

MIKE BEDNARCZYK also introduced himself and stated that he loves to write children’s stories and has moved from Mississippi to Schererville.

One of the members stated that HARDERSHAN VALIA is among three poets vying for the first prize in the Quantam Leap Poetry Contest.

REBECCA JUERGENS asked a question concerning the differences of writing in the first, second or third person.  A discussion then followed by members and SHARON PALMERI as to their opinions.

SHARON BUCKMAN read her two-page short story, “When Do I Get to Be Smart.”  The story, a comedy, pertained to a Christmas present she received, an Echo.  She had no idea of what it was or how to use it, therefor, through her embarrassment; everything had to be explained to her. The following day produced mass confusion.

BOB  PHILPOT read his four-page prologue, “Strange Friend.”  The prologue tells of a FedEx truck pulling up in front of a house across the street from two women that are watching it.  The truck driver first goes to the front door, talking to the woman who answers the door.  It then backs up to the opened garage door.  When the two “wing” doors of the truck are opened it hides the six men leaving it and quickly go into the house.

BEVERLY STANISLAWSKI brought two poems.  The first poem, entitled “Snakes Alive!” had taken second place in an Oklahoma poetry contest and tells of the “deceiving devil” of a rattlesnake.   The second poem, a villanelle poem entitled, “The Watchers,” tells of the time being calculated without being able to be retrieved.

MARILYN KESSLER  read her five stanza poem entitled, “The Christmas Pajamas.” This beautiful poem tells of the giving of a pair of pajamas to someone in great need and ends with, “So, sleep in peace and dream tonight.”

RUTHANN GRACZYK read her six-stanza poem entitled, “Loving Sid Viscous.”  The poem tells of how her cat, Sid, originally came to her house in an extremely “rough” condition and how it mellowed throughout the years.

AMY BRAILEY read her two page short (unfinished) story entitled, “The Music Box.”  The story begins with Marley going to the antique store she frequently passed and finally purchases the music box that had enchanted her for so long.  When she finds it has already been sold, she heads to the person she knows had purchased it.