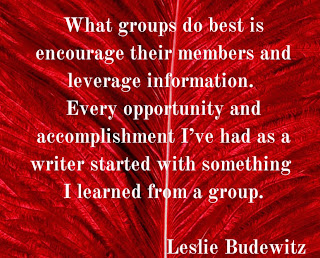 OLD BUSINESS:
A vote of approval for the May 7, 2015 meeting was given by DAVE WILGUS and seconded by TOM SPENCER .

SHARON PALMERI  reminded the members of the meeting June 18, 6 p.m., which will feature Jerry Davich as guest speaker. Mr. Davich is a  news columnist and an investigative writer for the Post Tribune as well as the Chicago Tribune. He will discuss his job, books he has written and other pertinent topics. Copies of his book, Lost Gary, Indiana, and Connections: Everyone Happens for a Reason will be available to purchase.

TOM SPENCER mentioned that people could still join his poetry class, June 8, at 6 p.m., at Cedar Creek Community Center, 151 Fremont St., Lowell, IN. Other classes will be held the second Monday of July and August.

MARY LU COWLEY shared a book, The Ode Less Traveled  by Steven Fry, which is a good source of information about poetry.

RUTHANN GRACZYK read part of Chapter 1 of her novel, Starting Over. This section told of several problems a single mother has with relatives She desires to try to start a new life for herself and her son Mark, with the help of her friend Jan.

BEVERLY STANISLAWSKI offered a sonnet, “Freedom’s Legacy,” in honor of Memorial Day. The poem told of the priceless gift of freedom, won by our service men and women and how we should continue to value this legacy.  Beverly’s  second offering, “Meraki” was based on a word put on WOH’s web page. The word means to do something with soul, creativity, or love. To put something of yourself into your work.  Beverly’s poem about believing in yourself, had letters of her name within lines of the poem.

BOB PHILPOT read Chapter 5B of his novel, Strange Friend, which continued the saga of Zeb and Cob. While they have drinks together, Zeb thinks about going back to the big city and Orwell Security, while Cob is watching Deputy Darrel approaching in his truck.  During the meeting with Darrel, Zeb is inducted by Cob into the Sheriff’s ranks.

DAVE WILGUS continued his novel, The Josh Henderson Story which found the troubled, young couple still trying to get answers and possible treatments for their son Joshua’s serious illness. While the doctor did not offer much hope, the devastated couple also worried how to pay the medical bills and how to tell their daughter, Brooke.

VICTOR MARMOLEJO presented his offering, "Paradise Secured," which seeks to explain Christ’s actions depicted in the Gospels as the hypothetical product of His contention with Satan. Written in Miltonic blank verse, this poem could be considered a third part of John Milton's "Paradise Lost, Paradise Regained."

LUNEIL MORROW read a children’s short story, “I Can’t Like That,” which told of a young girl’s food preferences.  While her mother was trying to give Kam a cheese sandwich for lunch, the youngster refused to eat it, saying, “I can’t like that.” Kam knew that tomorrow her daddy would be home; and he always gave her favorite food, chicken and french fries. 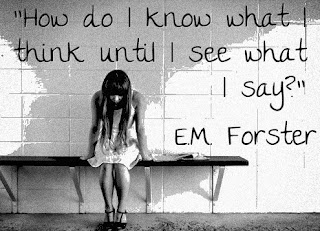 OLD BUSINESS:
A vote of approval for the April 23, 2015 meeting was first given by MARY ELLEN BEECHER and seconded by BEVERLY STANISLAWSKI.

SHARON PALMERI mentioned that Jerry Davich would be the guest speaker at the Write- On, Hoosiers meeting on June 18, 2015 at 6 PM.  Jerry is a journalist and featured investigative writer for the Post Tribune as well as the Chicago Tribune. Mr. Davich will discuss what he does, a little bit on how he started in the writing profession he is in, and about what inspired him to write the book. He will also discuss the nuts and bolts of writing and journalism. A Q and A  session will follow. In addition he will discuss his book and read an excerpt. He will be bringing copies of his latest book, Lost Gary, Indiana, if any of our members are interested in purchasing a copy.
Sharon also mentioned that members might want to be prepared to suggest any particular topics.

TOM SPENCER mentioned that he will be starting a poetry class on Monday, May 11th, at 6:00 P.M. at the Cedar Creek Community Center.  The address is 151 Freemont St., Lowell, IN.  A non-perishable food item would be greatly appreciated and would go to the Cedar Creek Food Pantry.

BEVERLY STANISLAWSKI stated that she has taken 1st Honorable Mention in the Alabama State Poetry Society contest for her entry “Endings and Beginnings.”

BEVERLY STANISLAWSKI read her five stanza couplets poem entitled, “Ode to a Lowly Pothole.”  The poem, written in a comical fashion, told of all the problems caused by these potholes with the last line of the fourth stanza stating, “relations with you could use cementing.”

BOB PHILPOT read four pages of his novel, Strange Friend.  In this part of the novel, Cob and Zeb rode their horses into a corral next to an adobe house where the Sheriff and several of his deputies sat waiting for them.  After having some refreshments the Sheriff decided to make his statement brief, he wanted the report on Cob’s recent capture to read the way he told them, not what really happened.

TOM SPENCER brought his six stanza, free verse poem entitled, “Surreal Appeal.”  The poem’s intention was to encourage the poet to expand his mind, letting his mind be free to think his own thoughts.  The poem ended with, “The world is not limited to you, there are others too.”

SHARON PALMERI read a beautiful two page memoir about her mother entitled, “The Lonely Rose.”  The memoir told of a mother who firmly believed that a mother’s life should be dedicated to the raising of her children.  Although her mother always stated that she was happy, Sharon felt that she really had a very lonely life.

KATHERINE FLOTZ  continued with two pages of her novel, The Journey.  In this part of the novel, Tom, after being influenced by his fiancée, decided to just send a check to the family that had saved his life during World War 11.  His secretary, Nancy, was so distraught over this decision, rather than finding them a place to live and become responsible for them in the U.S., she told him she was quitting.

DAVE WILGUS read four pages of his work in progress entitled, “The Joshua Henderson Story.”  The story tells of a young child and his parents trying to discover the reason for his poor health and constant crying.  They are finally given the diagnosis at the Cleveland Clinic of Leigh Disease, an incurable disease.

GEORGE MIGA continued with the ending of his short story entitled, “The Other Man.”  The story, which takes place on an isolated island in New Guinea, tells of how a Japanese Air Force pilot manages to find an old Zero airplane.  After finding various parts needed to make the plane flyable, he succeeds in his dream of flying the plane and landing it on a strip that had been a Japanese auxiliary field during the war.

SHARON BUCKMAN
Posted by Write-On Hoosiers, Inc. at Tuesday, May 12, 2015 No comments: