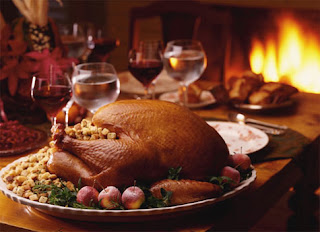 A vote of approval was asked for concerning the October 17th meeting.  JULIE PERKINS gave the first approval which was seconded by DONNA DOUGLASS

SHARON PALMERI stated that due to the resignation of Vice President KATHERINE FLOTZ, BEVERLY STANISLAWSKI was asked to accept the position.  She accepted and was applauded by the members; KATHERINE  FLOTZ will remain as treasurer of WOH.  Sharon also announced that there was a majority vote of approval to cancel the last meeting of this month due to the Thanksgiving holiday.

SHARON PALMERI announced that we would be able to go ahead with the printing of the “HOOSIER HORIZON”  since she had received the necessary funding.

SANDRA NANTAIS stated that sponsors were needed for the Indiana State Federation of Poetry Clubs.  She handed out sponsorship forms to the members and stated that it would be a wonderful opportunity to keep up the beauty of poetry as well as keeping up the fun side of words and verse alive.

TOM SPENCER passed out a flyer relating to the “Coffee House Saturdays.”  It stated that the Friends of the Library and the NWI Poetry Society are co-sponsoring the Coffee House Saturdays with the library.  They will be held from 6-9 P.M. on the second Saturday of each month, Nov. through March at the Lowell Public Library.

JULIE PERKINS talked about some delightful literature she had read, written by Louise Erdrich and entitled “Advice to Myself.”

GAIL GALVAN mentioned her new story, New Jack Rabbit City, was now  in the hands of her editor.

TOM SPENCER brought his four stanza, free verse poem, entitled “Eleven Eleven Eleven.”  The poem honored our veterans;  the last stanza told of the praise that needed to be given to those that endured the pain and wounds of war – not only those that died.

DORIS CURLESS read her poem entitled, “A Precious Gift,” her four stanza poem told of appreciating the various sizes, decorations and outer beauty of a precious, wonderful gift; the last line of the poem stated, “that gift package holds an irreplaceable treasure, it’s your mother.”

GAIL GALVAN read her seven stanza poem entitled, “A Million Songs.” Her poem, which was originally meant to be put to music, was a reminder to keep following your dreams, let yourself be you.

SHARON BUCKMAN read four pages of her newest novel, The Sequel.  The novel, a sequel to her book, Canopy of Leaves, tells of the young girl that had been held captive for several months, now finding her way back to civilization and her hometown.

GEORGE MIGA continued with his novel,  Medal of Dishonor.  This part of his novel puts McCall in New Jerusalem during a heavy artillery barrage.  A machine gun struck their vehicle, killing the driver and causing it to plow into a ditch.  McCall is asked to give the other occupants some cover fire while they go for help.

JANE BURNS read four pages of her novel, Atalanta.  This part of the novel, entitled “That Crippling Fever,” dealt with Atalanta and the other maidens learning the art of tracking and harvesting herbs.  After a heavy rain, making the tracks easier to follow, Atalanta realized they were following bear tracks; after convincing their leader of this they turned back, possibly saving some of their lives.

DONNA DOUGLASS read her delightful short story entitled, “Barcelona Orange: Fruit at Sunrise.”  The story told of a trip to Barcelona, experienced by Donna and her daughter, Katie, and how she suddenly realized that her daughter had metamorphosized from her little girl into a beautiful young woman.

SANDRA NANTAIS read her six lined, acrostic poem, entitled, “Autumn.”  The poem was written on a photo taken by Sandra of a beautiful autumn scene at the Dunnes.

MICHELLE VARGAS continued with her novel,  Striving After Wind. This part of the novel begins at Adam’s parent’s house as his family tries to convince him to quit arguing with his brother, Mikey.  The story turns to rage as Michael suggests he has had a very “close relationship” with Adam’s wife.

CAROL CASTANEDA read her short story, “Winters Remembered.”  When waking up to a beautiful snowfall from the previous night,  Carol is reminded of another snowstorm she experienced as a child when she was forced to remain at school for the night as buses were unable to take her home.

LAURIE CHASE continued with her novel, Badradin.  Dr. Togalaz, a half human, half Allizorn, is being taken to be interviewed by the ship’s superior officer.  On the way she has a conversation by Major Zon, her escort, and is asked why she didn’t report her anxiety over the possible risk she might experience from the guards.

JULIE PERKINS read her poem entitled, “Minthe.”  The poem, based on Greek mythology,  tells of the outcome of a beautiful woman as it ends, “Tea-steam whispers: I am still beautiful.  Your tears taste sweet on my tongue.”

BEVERLY STANISLAWSKI read two of her award winning poems.  The first poem, a sonnet entitled “Freedom’s Legacy,” tells of the soldiers who gave their all for the freedom of others.  The second poem was a six stanza poem which took 2nd place in a Michigan contest and was entitled “The Argument.” This poem could be summed up by the third line, “I do not want to fight.”

The meeting was adjourned at 9:10 P.M.
Respectfully Submitted: