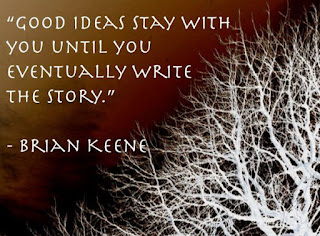 The first approval for the June 5, 2013 minutes was given by RON TRIGG and seconded by KATHY FLOTZ.

SHARON PALMERI announced that the entries for the Hoosier Horizon magazine must be in by the last meeting in August.  A vote was also taken in regard to whether or not we would have a meeting on July 3rd – a majority of the members voted against having the July 3rd meeting due to the absence of several of the members for the long holiday weekend. This resulted in the following:

TOM SPENCER announced that JACKIE HUPPENTHAL had won an Honorable Mention award at the National Federation of State Poetry Society.  Tom also stated that Indiana (at the time of his departure) had 11 winners out of 32 states at the annual convention.  Tom also recommended the movie, “ The Great Gatsby,” stating that he thought most of our members would enjoy it.

GAIL GALVAN stated that she had attended the Printers Row Literary Fest in Chicago and would like to share part of her blog about the day, including photos.  Gail also recommended the book,  Sidekicks,  a book of short stories written by several different authors. She could not remember the author’s name.

DONNA DOUGLASS stated that her book,  Manage Your Time, Your Work, Yourself, which was re- published by Amacom Publishers  in Japan, and is on the best seller list in Japan.

KATHY FLOTZ announced that the meeting she and her husband attended at the Lutheran Church in Wisconsin went very well; she also sold 24 books.

NEIL BEDEKER read his short story entitled, “Incident on the Egret.”  The story related to a fishing trip in Florida which had been booked by his manager and the various “incidents” which had occurred, mostly involving Captain Bart.

JULIE PERKINS read her four stanza poem entitled, “Lean In.”  The poem, almost the exact opposite of the now famous book by the same name, told of the benefits for the stay-at-home mothers and their children.

SHARON DORELLI read her free verse poem entitled, “Slivers of Light.”  The poem told of a young mother who suffered from terminal cancer, awakening one day to be completely pain free, and the wonderful things she will accomplish on that day.

SHARON BUCKMAN read her true short story entitled, “Getting It Right.”  The story told of a camping trip involving her husband, herself, and two friends. The story related the sad series of events they witnessed of a couple of inexperienced campers.

KATHY FLOTZ read her diamond poem entitled, “A Rainy Day.”  The poem told of the beauty she witnessed at a Wisconsin lake involving “rain drops kissing the leaves” and the loons swimming and diving in pairs.

BEVERLY STANISLAWSKI read her five stanza poem entitled, “Anyone for Stew?”  This poem was a unique way of stating the obvious, all the new customs people brought from various lands, “didn’t spoil the broth, they blend their fixings for a tasty stew.”

DONNA DOUGLASS read her six stanza poem entitled, “I Teach for Selfish Reasons.”  The poem related to all of the various rewards she had received at the end of each teaching season when she “packs up another school year.”

TOM SPENCER brought his free verse poem entitled, “Democratic Crime.”  It began with “Demigods of selfish grandeur,” and the last stanza ending with, “Our Legislature’s legacy, the common man is never free.”

JANE BURNS continued with her novel, Atalanta.  In this chapter, entitled “The Messenger,” Atalanta was being sent as a messenger to Calydon to let them know that their message had been received, a trip that involved several days of traveling.

LAURIE CHASE continued with her novel, Badradin.  Chapter 19, entitled Starship Defender, which took place on the Starship bound for a summit on Rossi Station One, told of Major Zon greeting the Grand Advisor and eventually explaining the encounter between Dr. Togalaz and the guards.

RON  TRIGG read the beginning of his newest memoir entitled, “What’s Wrong With Dad.”  The beginning of the story told of Ron’s departure for Bangkok, an assignment he did not want to take since his father was just beginning to show signs of what was later diagnosed as Alzheimer’s disease.  Ron later returned taking over the task of caring for his father through the night.

MICHELLE VARGAS continued with her novel,  Striving After Wind.  In this part of her the story Tabitha awoke to find that she had just had a miscarriage.  After being carried back to the house where she had been employed, she was asked by Patrick to raise his and Vicky’s baby, a baby Vicky did not want. A vote of approval for the May 15, 2013 minutes was first given by KATHY FLOTZ and seconded by GEORGE MIGA.

TOM SPENCER stated that the Northwest Indiana Poetry Society will once again hold POETRY IN THE PARK on Saturday the 15th of June.  The event will be at Evergreen Park in Lowell starting at 10:00 A.M., the public is invited.  Tom also mentioned that the Indiana State Federation of Poetry Clubs should soon be putting out a book of the first, second and third place winners.

RON TRIGG introduced the book Duneland, a pictorial history by Kenneth J. Schoon.  The book also featured at least 80 pictures entered by Ron and can be found at Barnes and Noble as well as various other book stores.

JANE BURNS introduced the book Gone Girl by Gillian Flynn.  She stated that it was “very satisfying reading.”

GAIL GALVAN stated that she had again read Breakfast at Tiffanys by Truman Copote and  enjoyed it very much.  Gail also introduced her latest book -– a revised and updated, Sneezing Seasons 2013, the Inside Story about Allergies and Immunology.  The book is sold on Amazon and Kindle as well as her other book, New Jack Rabbit City: Starring the Chicago Hares.

MICHELLE VARGAS mentioned that she recommended Falling to Earth by Kate Southwood.

DONNA DOUGLASS recommended the book If I Stay by Gayle Forman.

MICHELLE VARGAS continued with her novel, Striving after Wind.  In this portion of her novel Tabitha attempts suicide after believing she has nothing else to live for, believing Adam is dead and Victoria’s rejection of her.  Her attempt is unsuccessful after seeing a spirit who reminds her of her deceased father.

RON TRIGG read his four page short fiction story entitled, “She’s Gone.“ The story takes place in England as a man is reminded of a past girlfriend who is trying to remake his acquaintance following the death of Margaret Thatcher.  The girlfriend felt Margaret Thatcher was responsible for their separation.

TOM SPENCER brought his two stanza poem entitled “Rhyme Quite Divine.” The poem told of the hardship of writing a poem that rhymes and begins with the line, “The crime about rhyme, it takes so much time.”

JANE BURNS continued with her novel, Atalanta.  Atalanta feels she has found a co-hort in a messenger from a far away land who has been injured and who she tries to help by letting him hold her hand as he receives a painful ointment.

GEORGE MIGA read the ending to his novel, Medal of Dishonor.  The novel ends at the funeral of Bobby Geary, a very brave soldier who had certainly deserved the Medal of Honor that had been given to two other brave soldiers instead.  Remembering how bravely the now deceased soldier had defended his country, Cordell placed his Medal of Honor upon the soldier’s chest as he lay in the casket.

DONNA DOUGLASS read her three stanza poem that she had written in 2001.  The poem, entitled “My Heart is Not Broken,” tells of the longing for her husband two weeks before their 30th anniversary and two months before their divorce became final.

SUZY STUEBEN continued with her children’s book Zilla, the Adventures of a Garden Gnome.  In this part of her story, “Zilla Takes a Vacation,” Zilla unhappily finds out that she is going to be accompanied on her vacation by the cat and small puppy that she was trying to escape from.

LAURIE CHASE continued with her novel,  Badradin.  In this part of her novel Dr. Togalaz remembers a scene from her childhood as she walks with her father following her graduation party.  During the walk she tells him that she plans to leave, never to return, and is booking passage on a cargo vessel that will be meeting an alien ship.

BEVERLY STANISLAWSKI read her two page short story entitled, “Sun Spots.”  The story tells of a grandfather telling his granddaughter that the solar eclipse they just witnessed was the result of the Sun’s pride and the punishment the Sun had to pay.

The meeting was adjourned at 8:50 P.M.
Respectfully Submitted,
SHARON BUCKMAN