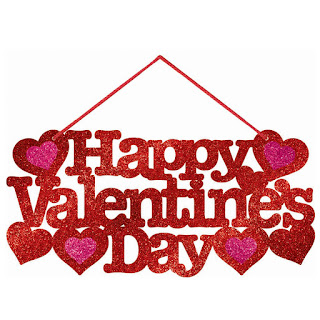 A vote of approval for the January 18, 2018 minutes was first given by AMY BRAILEY and was seconded by REBECCA JUERGENS.

ADAM SEDIA mentioned that he took second place in the Society of  Classical Poems (Nationwide), for two of his poems, “At Lincoln’s Tomb,” and “Vision.” Congratulations!

SHARON BUCKMAN stated that her newest book, Beyond the Canopy, should be coming out in print next week.

BEVERLY STANISLAWSKI stated that AL KOCH has been busy editing his second book.

BOB PHILPOT read two pages of the continued prologue for his novel “Strange Friends.” The prologue told of a FedEx delivery ruse used to gain entrance to a house garage where six black clad men entered the house through the garage and laundry room.  The prologue ended with the occupants being tied up and placed on a couch in the living room.

AMY BRAILEY read two pages of her continued her novel in progress entitled, Jon Everett and the Hall of History.” The story is continued from Jon falling asleep in his history class and being assigned to a trip to the History Museum.  After finding a key to a chest in his grandfather’s  attic,  he is enabled to go back in history where he finds George Washington and General Braddock.  They end up giving him a job of widening a road for incoming troops.

ADAM SEDIA read two of his prize winning poems.  The first, “At Lincoln’s Tomb,” a seven stanza poem told of the shame Lincoln would endure if he could “rise to life and stand outside the tomb.”  The second poem, a sonic poem with “No Title,” was a four stanza poem beginning with “Would that I walked in those far-distant days, When angels lighted from empyrean spheres.”  These sentences were the best explanation of the poem.

BEVERLY STANISLAWSKI read her four-page short story entitled, “Birds of a Feather.”  The story told of a bird nicknamed by his “friends” as Poor Birdie.  He was unable to fly due to his missing feathers and finally went into hiding to escape the ridicule.  When he finally emerged his whole world had changed, he now had beautiful feathers and was the envy of all his friends.

AMY CLITES read her six-stanza poem entitled, “Lazy Sunday.”   The poem told of a beautiful Sunday day being observed as “They’ll soak up the yellow air that hugs and hugs and hugs them, making them dance with the joy of another day.”

KATHERINE FLOTZ  read her one page story entitled, “The Moral of the Story.”  The story definitely had a good moral value, which was given by a young boy as he told his father he was making a wooden bowl for him to eat out of when he gets old.  The boy had been observing his grandfather having to eat at another table out of a wooden bowl.

REBECCA JUERGENS read Chapter Two of her newest novel entitled, In The Devil’s Hands.  In this part of the novel Teagan gets into an argument with her family as they try to get her to return to college after the disappearance of her friends. She states she will not give up until she discovers what happened to them.

CAREN VON SEE read three pages of her newest novel, My Treasure Chest.  The novel continues with Sara getting up in the morning to find that her husband, and two uncles had gotten drunk the night before and were suffering from terrible hangovers.  After trying to soothe their aches and pains, Sara and Ava began to laugh after deciding they deserved it.