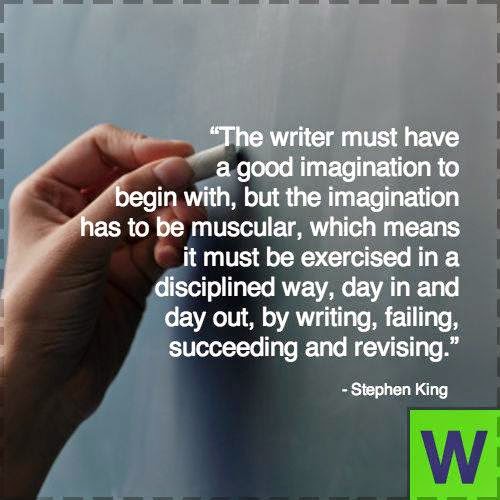 OLD BUSINESS:
A vote of approval for the April 2, 2014 minutes was first given by MARY ELLEN BEECHER and was seconded by DENISE TAYLOR.


KATHY FLOTZ mentioned that the Crown Point Library is looking for writers to promote their books.  All interested members should call the library to set up a date and time.

SUZIE STUEBEN stated that she has tried Microsoft Word on her Ipad and it worked quite well.  She also had asked the members opinion on paying an entry fee before submitting a poem, short story, etc., before entering a contest.  Most members, including BEVERLY STANISLAWSKI, agreed that some sort of small fee was generally expected.

BOB MOULESONG inquired as to when you needed to file a 1099 form with the IRS, how much income warranted the filing?  Most members thought it was $1,200.

DENISE TAYLOR continued with her young adult fiction novel, “Beth’s Secrets.”  In this part of her novel, Chapter 2, “It’s Not Fair,” Beth met three of her friends after school to go shopping.  The shopping trip did not go well, especially after Beth and two of her friends were berated by JoAnne for not being able to afford the expensive stores she was accustomed to.  She decided to shop without them.

MARY ELLEN BEECHER continued with the early draft of her novel “Out of Control.”  The constant ringing of her phone at 2:37 A.M. , awoke her to the sound of her son’s voice begging her to “get rid of everything – I’m about to get my ass kicked by twenty niggers.”  A second call soon after informed her that her son was in the Community hospital and directed her to his room.

KATHY FLOTZ read her four stanza poem entitled, “In Remembrance of Our Displacement From The Batschka.”  This beautiful poem was written in honor of the 50 year anniversary of their release in 1944 from the camp they were forced to stay in.  The poem was written on a card with an illustration on the backside showing the prisoners release, the same illustration that is on the front cover of her book, Pebble in My Shoe.

PAUL MULLIGAN read two pages of the speech he is going to deliver entitled, “Having Life Giving Relationships.”   The point he will try to make is, “you are a winner and moving toward the winners circle!”

MIKE MUSAK read his one page query letter to a literary agency concerning his screenplay, “The Plant.”  After reading the “series of misadventures” that were condensed in the letter, he was given advice by several of the members to include some of the comical aspects, etc., that were in the screenplay.

SHARON PALMERI read part 1 of her story, “Animal Stories.”  In this story Sharon told of an experience she had at the age of five when her father brought home two hamsters.  She named her hamsters, Dick and Jane and occasionally let them run loose.  Dick’s demise happened when her Aunt came for a visit.  After being handed to the Aunt by a proud Sharon he was thrown against the wall.  Jane’s demise was the following week after being laid on an oven door to “get warm.”

JANE BURNS read four pages of her novel, Atalanta.  This part of her novel, Chapter 11: The Crossing, told of Atalanta the terrible ordeal she endured while trying to reach Calydon to deliver a message.  After crossing inland mountains, with her strength almost gone, she still had a ninety-mile trek to cover.  When finally reaching her goal she was found by an old man and woman who tried to help her.

SUZIE STUEBEN read another story from her Mrs. Walters series entitled, Mrs. Walters New Neighbors.  When meeting her new neighbor, Rex, she was asked if she might let him borrow her gargoyle to be used as a model.  After agreeing she set out on a trip to the grocery store, only to encounter a policeman flagging her down and commandeering her old vehicle to capture two robbers he had been chasing.  They were captured after a “little” help from Mrs. Walters.

BOB MOULESONG continued with his short story, “Under the Bridge.”  In this part of the story, Jake and his dog Roscoe return to the apartment where he had resided with his parents.  After encountering the manager of the apartment building who explained that his parents would not be returning and why; Jake found some food in a dumpster and returned to the bridge he had been living under.  When crawling into his box he had a pleasant surprise, some hobos had left him some healthy food.

BEVERLY STANISLAWSKI read five stanzas from her poem, “Ultimate Fisher.”  The poem, originally to be shown with an accompanying video, told of a beautiful large Osprey diving for fish.   It eventually found its prize, a five-pound steelhead, and surfaced, “straining every muscle to fly away proudly.”

The meeting was adjourned at 9:10 P.M.
Respectfully submitted:
SHARON BUCKMAN