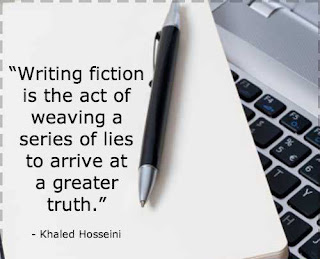 A vote of approval for the June 1, 2017 minutes was first given by DAVE WILGUS and seconded by CAREN VON SEE.

DAVE WILGUS stated he would be at the Plymouth, In. library on Saturday June 17th and the Valparaiso library on June 24th for a book signing for his newest book, Cub Fans Dreams Come True.

MARILYN KESSLER read her one page short story entitled, “Port of Call.” The story comes from a picture given as an assignment to W.O.H. members and begins with the description of a picturesque city in Ireland called Cork.  It tells of a woman coming from America to visit her Irish cousin.  After driving through the city, they decide to visit the old farmhouse where they remember walking down the old lane to comfort her family after her sister’s death.

AMY BRAILEY read her two-page short story entitled, “The Observer.”  The story began with a Megan entering a coffee shop where she loved to go watch people and write about them.  She sat down with her notebook and pencil, and began to wonder about the four women sitting in the corner, and what was so hilariously funny.  As Megan sat there watching the various tables she began to make up stories about each one.

CAREN VON SEE brought two short stories, both are prompt stories directed as a challenge to W.O.H. members.  The first story entitled, “The Barons,” is a story  which must include the words, Battle, Soothe, Elaborate, Sparkling and Tower.  Caren manages to include all of these words in her short story, which takes place between two villages deep within the Sailughem Mountains.  The second prompt story, entitled “Forever Face to Face”  is an explanation of why two stone formations of a man and a woman are facing each other, nose to nose.

DIANE STRATTON read her true short story entitled, “The Brick,” which told of the memorial of her close friend.  The friend was a wonderful person and caregiver who always took care of everyone else, including her mother, father and elderly sister.  After her retirement her and her husband planned on retiring in Florida, however, due to the friend’s “brain bleed” they never made it.

AL KOCH read his uplifting short story entitled, “A Joyful Lesson.”  The two-page short story began with Al asking himself, “Am I satisfied with my life?” He finally discovered that happiness was an accident.  He stated that the question he now asks is “Am I Joyful?  Because joyfulness is a choice.”

KARYN STOCKWELL read her four-page short story entitled, “Toni and Me.”  This humorous story, taking place in the 50s, describes what happened when her mother gave her a Toni home permanent.  The permanent was given the day before her school picture was to be taken.  The photographer grinned and said, “Honey, you’ll remember this picture forever.”

VALIA HARDARSHAN read his two-page story telling of his journey, and fellow Sikhs journey, to Indiana.  He began by saying that coming to Indiana had changed his life dramatically, for the better.  In telling of his first commute to work from Griffith he related how driving down Ridge Road, he re-created in his mind the 10,000 – 12,000 year history of the iced lobe of Lake Michigan melting away. This gave most of W.O.H. members a good history lesson.

HELENA QI brought two poems.  The first poem was a Haiku, told of a beautiful autumn on the Wabash River and the “silky white quilt of Old Man Winter’s gift.”  The second poem, entitled “My Favorite Hobby/Pastime,” told of the beautiful freedom feeling of swimming and the wonderful feeling of playing the piano, as “every note sings joy and gratitude.”

BEVERLY STANISLAWSKI read her four-page short story entitled, “The Rat Trap.”  The story begins with two men planning to rob an old man.  After following the old man to his shack they remembered that he had always talked about his old dog, Rat Trap.  They watched the old man through the window until they thought he was asleep, then rushed into the shack only to find that “rat trap” was all the rat traps the old man had set, foiling their plan. 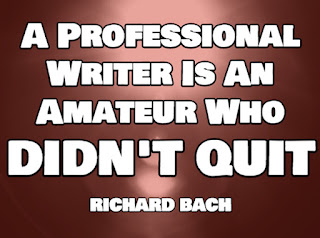 
OLD BUSINESS:
A vote of approval for the April 20, 2017 minutes was first given by BOB PHILPOT and seconded by KATHERINE FLOTZ.

AMY BRAILEY announced that she had applied for a $2,000 grant from the Indiana Artists program, Literary Theater.   This was accomplished through www.in.gov/arts/individualartistprogram.htm.

ADAM SEDIA stated that he will soon be joining a different law firm, Hoeppner, Wagner and Evans.  He also stated he will be attending an event at an Italian American Literary Society on June 17th.

RACHEL THOMAS stated she is in the process of self-publishing her book through Penit Publications; they require no money upfront and she will do all advertising.  She also stated you can follow her on her blog: http://RachaelsReason.wordpress.com.

ADAM SEDIA brought two poems.  The first, “Morning Fog,” was a four-stanza poem viewing the world through a morning fog and the beauty of change as it “rends the veil and all the doubts that dog.”  The second poem, also four stanzas, is entitled, “Storm Chaser.”  These poems tells of the elegant view of a tornado at a distance, but remember, it really is “a temptress, swift and sly.”
REBECCA JUERGENS read two and a half pages of her second book in progress, In The Devils Hands.  This novel begins with Kale trying to comfort Teagan as she tells him of her recurring dream.  She tells him that she doesn’t believe it is just a dream but that it is possibly Kara trying to send her a message.

MARILYN KESSLER read her four-stanza poem which she had written in 1963, after the assassination  of John Kennedy.  The poem, entitled, "Daddy, Goodnight,” was a poem supposedly written by “little John” telling of his dad putting him to bed and helping him say his prayers.

CAREN VON SEE read her four-page short story entitled, “NYC Detectives and the Homeless.”  The story begins with a reporter interviewing two detectives, Harry and Ed, asking them how they ever got together to begin with, and how they began their vigil of always working with the homeless.

AMY BRAILEY read her two page, unfinished, short story entitled, “Moving Underground.”  The story begins with young Khalid hiding under a rocky overhang, in a war-torn city, as soldiers are approaching.  He tries to remember how it used to be, walking home from school and seeing a girl he wanted to meet.  He is soon brought back to reality when a young girl intrudes on his hiding space.

AL KOCH read two pages of thoughtful remembrances entitled, “Just Thinkin’. “ The beginning sentence, “What a person knows at fifty that they did not know at twenty one,” pretty well describes how life’s experiences change us.  Al’s closing sentence, “Each musing strengthens and nourishes our spirit: enabling each of us to celebrate life with renewed thankfulness and appreciation beyond words,” tells it all.

BEVERLY STANISLAWSKI read her short story, “La Senora.”  This is a sweet story of a young girl’s devotion to an old man that she considered more of a father than a friend.  Trying to convince their small town that he was not crazy but instead a wise old man was something that she finally accomplished at the end of the story.