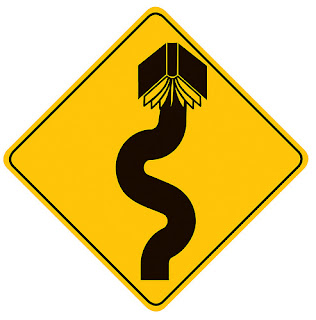 GUESTS PRESENT:
David Frazier, a retired steelworker from Northwest Indiana, has been writing since 2003 and has fictional stories that have been published electronically. He also enjoys writing poetry.
Anthea Morgan, a former librarian from Highland, stated she had a short story published 20 yrs. prior.

The meeting was called to order by Sharon Palmeri at 6:30 P.M. The minutes were approved for the last meeting by Lisa Groszek and seconded by Neil Bedeker.

SHARON PALMERI brought along literature concerning Free E-Books by Project Gutenberg . Sharon also brought along literature on John Milton and told of some of his poems and accomplishments. She mentioned that Milton’s most famous work “Paradise Lost” was written after he completely lost his eyesight in 1651. The epic was dictated by Milton to his assistants. This ten book masterpiece (which later increased to twelve) consisted on well over 10,000 lines of poetry.

RON TRIGG also brought along some literature concerning the Duneland Historical Society. He stated they were featuring Harry Mark Petrakis and his book: The Storyteller’s Golden Wheel, on Thursday, April 19th at the Westchester Township Library Service Center on Indiana Ave. in Chesterton.

GAIL GALVAN stated her web site is coming along well and should be up in about two weeks. She mentioned that she is working on her HS Hoosier Storybook and Poetry Palace online publications and will be needing submissions soon.

DONNA DOUGLASS stated she just recently sold her condo in Atlanta and will be moving to North Carolina.

BEVERLY STANISLAWSKI announced that she has just recently won second place for a poem she had entered in a contest for the State Poetry Society in Missouri.

SHARON PALMERI read a poem she had written in memory of John Milton entitled “Ebony.” The three stanza poem told of the darkness that had overtaken John Milton’s sight and “leaving him in ebony of everlasting night.”

BEVERLY STANISLAWSKI read her four stanza poem entitled, “Face-Off.” The poem told of finding the courage to stand up to our unknown fears and what’s to come.

TOM MOLNAR read two pages of the beginning of his novel, Bridestar. The novel, which takes place about two hundred years into the future, tells of two men who have been traveling in space for two months and encounter a beautiful planet. The planet reminds them of earth before civilization took over.

SHARON DORELLI read the prologue of her short story entitled, “The Decision.” The story begins with an actual murder that took place several years prior and will later involve the jury that Sharon was on to decide the two men’s fate.

MIKE MUSAK brought four pages of his screenplay entitled, “Joe’s New Job.” Six of our members were cast into the play which told of the Joe’s “opposable thumbs” as he tried to learn his new job; as usual the play was enjoyed by all the members.

DONNA DOUGLASS read her true short story entitled, “First Lady of Television.” The story took place in 1982 when Donna went to a Cincinnati TV pre-show interview with talk show host Ruth Lyons. She was invited to be on The Fifty-Fifty Club due to a book she had written, however, a Falkland Island crisis preempted her TV appearance.

RON TRIGG continued with his stories from his memoir, Moments on an African Landscape. The titled of this story, “The Silverback,” told of Ron and some other guests from the hotel in Zaire, being taken through the forest to see some gorillas in their natural habitat. After being told they were very “gentle creatures,” they soon learned otherwise.

GEORGE MIGA continued with four pages of his novel, Medal of Dishonor. McCall, after being taken to the Washington National Records Center, learned that Cordell Jackson’s name was not even mentioned in the Belgium road incident where he had saved many lives and for which someone else had gotten the Medal of Honor.

JANE BURNS read four more pages of her novel, Atalanta “Within a Budding Grove”, Chapter 6 of her novel, continued with Atalanta going with the group of women she had encountered before, leading her to a Great Hall where she was given dry towels and blankets after weathering a terrible storm.

KELLY CHASE continued with her novel, The Ring. Still not being told of what the “sacrifice” would be, Kristine was taken before an altar in the center of a soon-to-be witches circle and then introduced to the “Mistress.”

LISA GROSZEK read three pages of her novel, Maude Defined. Maude learns from Jimmy, her former lover, that he is nearly two centuries older than her thirty two years and that he was commissioned to watch out for her, He explains that the closer they are to water the easier for her enemies to gain a foothold.

LAURIE CHASE continued with her novel, Badradin, by telling of the acceptance of the other crew mates to Togalaz. Colonel Kryton, known for his” imposing, direct and arrogant manner,” even began to accept her, telling her that he looked forward to working with her.

GAIL GALVAN shared a poem written by a friend and entitled, “Into This Fine Thicket.” The one page poem tells of the race for life of a hare and a Chocolate Lab, first from the hare’s viewpoint and then the Lab’s.

DAVID FRAZIER read a six stanza poem entitled, “Rebel Mom.” The poem tells of the sad ending of Mary E. Surratt when she was hung for supposedly helping her rebel son who helped Booth run.
The meeting was adjourned at 9:03 P.M.
Respectfully submitted:
SHARON BUCKMAN 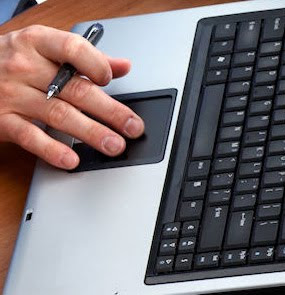 The new format for the readings at our meetings is as follows:

Other stuff:
Please bring at least 10 copies of your piece if possible
Tell us before you begin if you are sharing the piece. Otherwise it will be critiqued. 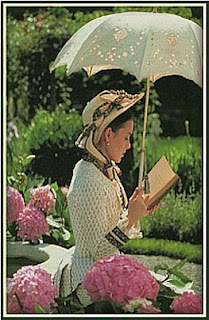 MEMBERS PRESENT:
Katherine Flotz, Beverly Stanislawski, Julie Perkins, Lisa Groszek, George Miga, Michelle Vargas, Jane Burns, Tom Molnar, Tom Spencer, Ron Trigg, Sharon Buckman, Sharon Palmeri, Lliz Wilson, Jackie Huppenthal, Laurie Chase, Kelly Chase, Gail Galvan
NEW BUSINESS:
The meeting was opened promptly at 6:30 P.M. with Sharon Palmeri calling on a vote vote to approve the minutes from the March 25th meeting. JULIE PERKINS was the first to vote for approval with LISA GROSZEK seconding the motion.
LITERARY NEWS:
SHARON PALMERI passed around a brochure pertaining to the Write-by-the Lake Writers Workshop & Retreat, to be held from June l8th to the 22nd. Sharon also passed around copies of the Writer’s Digest magazine as well as the The Writer magazine. She encouraged members to contact her with any information on contests, workshops, seminars, or other literary events and she will post them on the blog.
KATHY FLOTZ passed around a brochure pertaining to the Valparaiso Organization for Learning and Teaching Seniors VOLTS program , sponsored by Valparaiso University. The program VOLTS caters to teaching seniors on Mondays at 3:30 P.M. at the Union Hall. The fee for joining is $20.00. See webs site above for details.
TOM SPENCER stated he attended a poetry reading at Purdue University Calumet Campus. The event, sponsored by the English Department, featured Indiana Poet Laureate Karen Kovacik. He also mentioned that the Indiana Poets Society hosted a radio program (89.l) in Lowell at 4:30 P.M.
JANE BURNS read a passage from one of her favorite books, The Faith of a Writer, by Joyce Carol Oates.
TOM MOLNAR gave some good advice on promoting various books by having a “tri-fold” printed with the names and other information concerning his books on each section. The cost was approximately $2.99.
GAIL GALVAN stated her web site is going well with audio poems coming up. She also mentioned that anyone wanting to hear the poem of Rosa Parks could go to www.youtube.com.
READINGS:
GAIL GALVAN read an interview she had done on Kathy Flotz. The interview she read was from Gail’s book entitled “Author Unknown/Author Undaunted,” a book about self publishing, memoirs and other helpful information.
KELLY CHASE continued with her novel, The Ring. Kristine finds herself being dressed in attire from an earlier century by a group of women that seem to treat men as slaves. She is then told that she would be required to kill a “small sacrifice.”
LAURIE CHASE read three pages from her novel, Badradin. Dr. Togalaz, the half human and half Allizorn main character in the novel, is asked to explain some of the differences of her physiology since she appears to be unique to the others on the ship.
JACKIE HUPPENTHAL read two of her poems. The first poem, entitled “Together” was written by Jackie when she was in high school about her reflections of a friend. The second poem, “Apart” was recently written and was the later reflection of the same friend.
LIZ WILSON continued with her novel, Grindylow. After becoming half delirious from her previous fall in the bathtub, Kelsey flashes back to the time her sister, Shannon, told her of her upcoming marriage to Will Moureaux, causing Kelsey to hallucinate and seeing giant six-legged creatures.
SHARON BUCKMAN brought two pages from her novel, Canopy of Leaves. The two pages represented two different versions of the beginning of her novel. The members were asked to decide which they preferred.
RON TRIGG shared his story “The Polish Professor” from his novel Moments on an African Landscape. In the story he tells of his experience, while working for the American Embassy, and encountering a Polish national who had been living in Nigeria for l0 years. Ron’s job was to try and help him get to America.
TOM SPENCER brought his six stanza poem entitled “Complacency.” The poem relates to a disjointed dream, symbolizing, a metaphor for complacency.
TOM MOLNAR read two pages of his novel, Bridestar. It is the story of a preindustrial society (taking place approximately in the year 2240) and beginning with two space crafts quietly descending on the outskirts of a town on a “faraway planet.” Two of the villagers were immediately killed when they tried to enter the force field surrounding the space crafts.
JANE BURNS began this part of her novel Atalanta with Atalanta leaving the temple of Apollo and deciding to go in a southerly direction since the city of Tegea could not help her. After hearing singing up in the hills she decides to get closer and encounters a wolf getting ready to attack of group of dancing and singing women.
GEORGE MIGA continued with four pages from his novel, “Medal of Dishonor.” In this part of the novel Cordell’s son, Tony, was told of the part his father played in saving lives during World War II and how this ordeal probably was responsible for his terrible nightmares. Cordell had never revealed any of this to his family.
LISA GROSZEK continued with her novel entitled, “Maude Defined.” Maude, now a vampire, finds out she had been adopted and also discovers she is being pursued by some “dark force.” After asking for help she then learns that “Jimmy,” a former lover, has been silently trying to help and guide her.
JULIE PERKINS read the four page synopsis of her novel, The Levee. The novel reflects the life of a prostitute living in Chicago when a Vice Commission was appointed, beginning in 1910. Julie was seeking help in trying to condense the synopsis to fewer pages.
The meeting was adjourned at 9:05 P.M.
Respectfully submitted:
SHARON BUCKMAN
Posted by Write-On Hoosiers, Inc. at Tuesday, April 10, 2012 No comments: