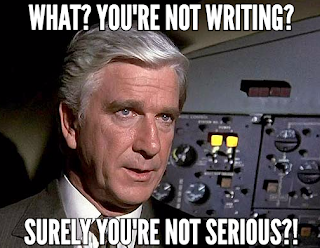 Beverly Stanislawski read a thank you and appreciation letter from Rebecca Juergens who is moving to the gulf shores of Alabama. For those who wish to stay in touch with Rebecca please contact one of the W.O.H. officers for her email address and phone number.

Tim Philppart has a poem “Trees at Sunset” on display at the Keeley Gallery in Grand Rapids, Iowa. He has two poems pending publication, “La Casita Grande” and “Invisible Walls,” and recently published his poem,” Rocinante,” in the Northwest Indiana Literary Review.

Hardarsehn Vallia attended an SCEB (Southern Conference of Children’s’ Book Writers and Illustrators in Evansville, In. The speaker walked attendees through the step-by-step process of writing children’s books.

Gail Galvan mentioned that she has a great website for anyone seeking information on finding agents and publishers for the work. She intends to send that information to everyone online.

Amy Brailey showed attendees a copy of The Catalyst Magazine, in which Katherine Flotz has a poem.

Gail Galvan won an award from Five Star Publication in the 2018, Purple Dragonfly Contest and she won an Honorable Mention in the category of picture books for age six and over for New Jack Rabbit City: Colorful Children’s Story by Gail Galvan and Mike Evanouski

TIM PHILIPPART read four poems, the first named, “Seduction,” about being seduced by the luscious colors, the fruitful road stand, the delectable smell, and the sweet juices of a luscious peach. The second, “The Ugly One,” about a long-term friendship with the ugly sister of the homecoming prom queen. His third poem, “Chunky Monkey,” when he shares his delight in eating his favorite ice cream with a store clerk as she bags his groceries. As it turns out, they have similar tastes in the creamy treat. Last, but not least, he shared his poem, “Hwy 37,” when about a man stops at Dot’s store/gas station. Going into Dot’s turns out to be a nostalgic trip through a shop that reminds him of yesteryear.

CORRI STEPHENSON read four pages from her book, titled, Uprising, about an uprising of wizards and misfired spells. Harry, the lead character felt a fearsome dread and a clear warning similar to the anxiety engendered by Dementors. Harry fled for his life.

CAREN VON SEE read the first four pages of chapter six from her book, My Treasure Chest.  This chapter is about the argumentative twins, Antonio and Angelo, going to the bank to sign the required paperwork in order to receive their inheritance from Giorgio, their father.

HARDARSHEN VALIA read his poem, “A Caterpillar Named Pillar.” The poem takes the reader through the exploratory adventures and transitions of a young caterpillar from his birth through the formation of his cocoon, and finally his transformation into a fluttering butterfly.

TAMMY BREITWEISER read her story, “Christmas Mirage,” about the new changes her mother made in the Christmas traditions following the death of her mother’s mom. Her mother put aside the old family traditions making the holiday feel all wrong, and very different.

AMY BRAILEY read chapter 10 of Jon Everett and the Hall of History. Jon finds himself in the George Washington’s military encampment. A few of Jon’s comments puzzle his associates, Jacques, who finds Jon naked after his clothes were stolen by the French, and Mr. Leslie, who is charged with providing a new uniform for Jon.

DANIELLE JOHNSON (GUEST) Read her story, set in Russia, is about the anxiety, fears and the events Russians experienced prior to the fall of the Berlin wall. She intends to write a trilogy covering 1985, 1987, and 1989.

AMY CLITES read her column/article, “Thoughts from the Third Coast,” about actors who prefer to practice their craft in regional theaters around the country, and contribute as much, if not more so, to the theater while making a good living in doing so, rather than work in the Big Apple, New York City or the west coast, Los Angeles. Her column received accolades and tremendous support.

BEVERLLY STANISLOWSKI read her poem, “Freedom’s Legacy,” about the brave souls who fought for freedom, and who raise their battle cry for freedom’s cause, evidenced by their legacy from their graves.