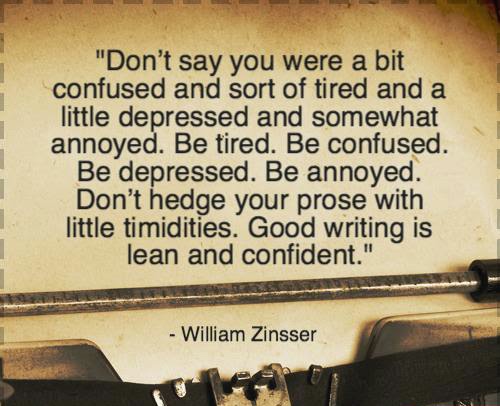 
OLD BUSINESS:
A vote of approval for the September 3, 2014 meeting for first given by MARY ELLEN BEECHER, and was seconded by BOB MOULESONG.

BOB MOULESONG brought two books to the meeting.  The first book, “Fiction Break Favorites, Summer 2014,” a book of fictional short stories which included stories written by two of our members, MICHELLE VARGAS and BOB MOULESONG and published by ShortFictionBreak.com.  The second book, “The Creator’s Game,” was written by a friend of Bob’s, Mark Cusco Ailes, and published by Create Space.

BEVERLY STANISLAWSKI announced that she had taken second place for one of her haiku poems in a Massachusetts contest and third place in a Michigan contest for another poem.

KATHY FLOTZ thanked all the members for the flowers and their attendance to her late husband’s funeral .  George had been known and liked by all of our members and will be greatly missed.

SHARON PALMERI reminded the members of Write-on Hoosiers that the annual banquet will take place on December 3, 2014.  WOH affiliates, as well as other writer's groups are welcome. The event will cost $25 for members  and $30 for nonmembers. Our treasurer, Katherine Flotz, is collecting the money banquet money   She requested that you mail payments to: Katherine Flotz, P.O. box 1124, Crown Point, IN 46308.  More information of the banquet will be posted very soon.

TOM SPENCER announced that the Lowell library would be hosting a meeting at 10:00 A.M. this Saturday and encouraged writers to attend and bring a poem to read.

DENISE TAYLOR continued with Chapter 4, “My First Date,” from her novel, All the Little Secrets.  When thinking about a pep talk she was going to give to her swim team, Beth bumped into the captain of the boy’s swim team, Drew.  As she turned to leave he surprised her by asking her to the homecoming dance.  She was forced to tell him that he needed to get permission first from her father.

DONNA DOUGLASS continued with her memoir entitled, “FOR BETTER AND WORSE.” In this part of her memoir Donna tells her boyfriend, Sam, that she found out he is still married to his second wife, making their ride home from visiting his family, a quiet one.  After deciding she would start dating someone else she receives two marriage proposals, one from the new boyfriend and one from Sam, following his divorce.

BEVERLY STANISLAWSKI read four pages of her children’s story entitled, “Poor Birdie.”  In this delightful short story “poor Birdie” is constantly ridiculed by the other birds due to his general lack of feathers and his inability to fly as the other birds.  After going into hiding for several months he calls the other birds over to his hiding place, asking them to pull out some of their plumage so he might judge the prettiest.  The story has a surprise ending.”

BOB MOULESONG continued with the fourth, and last, part of his short story entitled, “Planter’s Moon.”  When Emma is planting her garden, by moonlight, her drunken husband comes home and begins to abuse and ridicule her.  Unable to defend herself, an old boyfriend appears and tries to help her.  When the husband knocks him unconscious, Emma takes her grandmother’s gun and shoots him.  The garden will be well fertilized for all her vegetables.

SHARON BUCKMAN continued with her sequel, “Beyond the Canopy.”  In this part of the sequel, 13 yr. old Anne tells the police about her narrow escape from abduction.  The story then turns to the man that had tried to abduct her, telling how proud he is of his escape and where he is hiding his friend, Anne’s first kidnapper who was thought to be dead.

MARY ELLEN BEECHER read three pages of her memoir, “Out of Control.”  The memoir tells of her son, Michael, being asked to return home early from a graduation party due to a planned trip the next day.  When he didn’t return home, Mary Ellen and another son went looking for him. When they finally found him at a friend’s home he appeared to be drunk and unruly.  When they finally managed to get him home the situation only got worse as her husband tried to discipline him.

TOM SPENCER brought his inspirational free verse poem entitled, “Information My Way.”  The poem tells of the distortion of truth by the media as they report the news to better their profits.

PAUL MULLIGAN read Chapter 3 of his novel entitled, Be Brave – Now Die.  In this chapter, entitled “Young N Love,” he tells of the constant quarreling between Darlene, his girlfriend, and Eddie, her brother.  The situation only gets worse when she refuses to take her brother with them when they go bowling.

NEIL BEDEKER began with Chapter 5 of his novel, Early Retirement.  This part of the story begins as two mobsters sit in their car watching the two detectives who are on a stakeout.  The stakeout concerns another mobster who was recently released from prison after stealing a large sum of money – they all want to find out where the money is.  As they all sit out front, the mobster finally escapes out the back of the building.

Posted by Write-On Hoosiers, Inc. at Thursday, September 25, 2014 No comments: 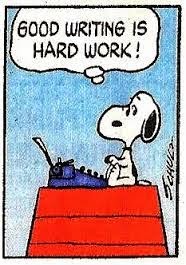 A vote of approval for the August 20, 2014 meeting was first given by DENISE TAYLOR and was seconded by TOM SPENCER.

RON TRIGG’S newly published book, The Alluring Temptress, was passed around, and admired, by the various members.  The book contained various stories about his adventures in Africa.

SHARON PALMERI read “A Few Words to a Young Writer,” written by Ursula K. LeGuin.  The two paragraphs related to the responsibility of writers caring about the words they write, using them, “with thought, with fear, with delight.” Sharon also passed around an editorial called, “Being an Editor,” written by Michael Kandel, which deals with the misunderstanding about what editors actually do.  The anthology, Midnight Oil, published by the “Blank Slate Writers Group,” was also passed around to the various members.

DONNA DOUGLASS read the third, and last, part of her memoir entitled, Kansas Heat.  After traveling to Kansas to meet her boyfriend’s family, Donna finds out that her boyfriend, Sam, was still married to his last wife.  A story told to her by his grandmother at the end of her stay there gives a happy ending to the memoir.

DENISE TAYLOR read the end of Chapter 3 of her novel, All the Little Secrets.  This part of the story began with Beth trying to convince her parents they should let her go to a 4 Js club party, especially since her friends parents would be there to chaperone.  Beth could not understand why her father read a passage from the Bible stating: “The Lord detests lying lips,” and then gave his permission.

BEVERLY STANISLAWSKI read her six stanza, Pantoum style poem, entitled, “Intertwined.”  The poem related to two souls, so intertwined that they could not be cut apart, sharing their love through eternity for all to see.

BOB MOULESONG read the third part of his story, “Planter’s Moon.”  This part of the story began with Emma pretending to be asleep when her unfaithful husband comes home at two a.m.  She goes ahead with her day as planned, preparing her small son and herself to begin her annual chore of planting her vegetable garden under the Planter’s Moon.

TOM SPENCER brought his six stanza,  free style poem, entitled, “The Drum-beats of Selma.”  The poem related to the unrest and destruction of the town of Ferguson.  The poem ends with the truthful words, “Jim Crow is well and living still society has found new ways to keep the race within their place.”

SUZY STUEBEN read two pages of her “Character Bible.”  The purpose of this “Bible” was to help writers form their main characters’ personality, physical description, etc., before beginning their short stories or novels.   All members felt this was a very good idea.

PAUL MULLIGAN read his five stanza song lyrics entitled, “Patchwork Love.”  The lyrics, not yet set to music, told of broken hearts and broken dreams needing to be mended by patchwork love.

NEIL BEDEKER continued reading from his novel, An Early Retirement.   Detectives Mapes and Malloy, still at their stakeout in South Philly, begin having disagreements.  When Detective Mapes tries to convince Detective Malloy that he shouldn’t leave the car again during their surveillance he asks his supervisor to be reassigned.

MIKE MUSAK read three pages of his novel, Habits Change.  Francis Januson, the mother of a young rape victim, tries to get the police to arrest the man that assaulted her.  She soon finds that due to the man’s family name and influence, this is not going to be easy.

SHARON DORELLI continued with her story, “The Hitchhikers.”  After a long night of unsuccessful sleep, Loretta decided that she should go to the police station to report her husband missing.  When she reaches the station she feels the sergeant does not want to be bothered with her.