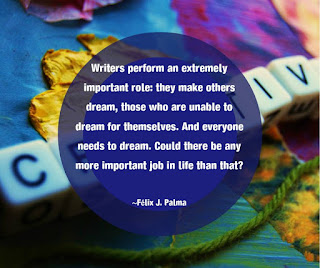 A vote of approval for the May 17. 2018 minutes was given by GAIL GALVAN and seconded by RUTHANN GRACZYK.

TAMMY BREITWEISER Tammy explained the types of writing she does. Her genres including short stories, flash fiction, poetry, and children’s books. She has also started a novel.

Members completed an introduction of themselves to Tammy, explaining the different types of prose and poetry they write as well.

SHARON PALMERI asked GAIL GALVAN if she knew of any news about Amazon not posting new E-books or submissions within the past three-four months. Gail was not aware of this and offered to check into it.

TIM PHILLIPPART stated he had attended a poetry workshop and the Indiana Writers Consortium. He has been working with two writing groups called Small Town Poetry and Montana Mouthful. He has recently published four poems and written e-poems submitted to Montana Mouthful.

CAREN VON SEE read chapter four from her book My Treasurer Chest. About Antonio and Sara driving to Casole d’Elsa, Italy. They check into the hotel, Terre di Casole and will stay there until construction is completed on their bedroom at the estate.

BEVERLY STANISLAWSKI read her funny short story, Armed and Dangerous about an airport security incident and the miss-happened word choice of Bazooka for a traveler’s knife. As it turns out, Bazooka is the brand name of the knife purchased by the traveller as a youth; payment for the knife included Bazooka gum wrappers and a shipping charge.

GAIL GALVAN read her poem, THINK ABOUT IT: Deadly Roadways, about the distracting use of cell phones by drivers and the deadly accidents cause by that distraction.

TIM PHILLIPPART read his short story, Pursuing the Sale, about a salesman’s foray into Michigan and his terrifying experience on a snowmobile, all for the sake of a “sale.”

NEIL BEDEKER read his story, Incident on the Egret, about a the cantankerous owner of a 27 foot boat taking an argumentative group of men on a fishing trip

SHARON PALMERI shared her memoir, The Lonely Rose, a tribute based on her mother’s life which utilizes the image of a single rose to represent stages of her mother’s struggle to find meaning in the midst of her loneliness. The story weaves the theme of a mother’s isolation in the midst of a world continuing to turn while her daughter searches for ways to communicate her love and challenge her mother towards meaningful connections. (commentary by Amy Brailey)