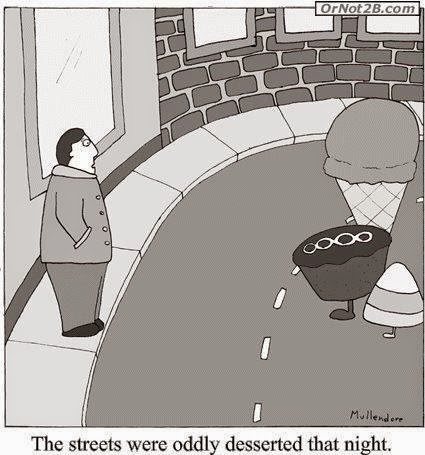 A vote of approval for the August 6, 2014, meeting was first given by BOB MOULESONG and seconded by JANICE BEIER.

SHARON PALMERI announced changes in the format for our meetings:  When responding to the e-mail for our meetings, members are asked to state if they will be reading, if so, how many pages (single or double spaced), and if they wish to be critiqued.  This will help to save time and keep the meetings running more smoothly.

Sharon also mentioned that our annual Christmas party will be on Wednesday, December 3rd at the LOFS clubhouse.  The meal will be a family style rather than a buffet, and there will be entertainment. A bottle of wine will be complimentary at each table. Members will have a $5.00 discount and will pay $25 dollars. Non-members will pay $30 for this three meat/fish meal with dessert and coffee. Once again we will have a gift exchange (gifts geared toward writers, excluding books by members.) We will again have free-of-charge tables for members and guests to sell their books, and to display information (flyers, cards etc) on any other writers groups they attend. We ran out of time last year, but this year we will once again have other groups talk about their projects and successes.

More information will be given when it becomes available.

JOHN BOUFIS, who was not in attendance, e-mailed Sharon Palmeri a copy of what he stated was a “real neat” app entitled “Snap Attack,” a brand-new, fast paced word-building tournament that challenges your brain in 2 ½ minute rounds.  (http://wordament.com/)

SHARON PALMERI stated that she and BEVERLY STANISLAWSKI attended the Blank Slate Writers Group in Valparaiso this past week. After inquiring about the group’s new anthology coming out in December, they were told that our members may submit their writings to the Blank Slate Writers Group to be considered for publication in their new anthology.  The guidelines and entry form will be e-mailed to members. Deadline is Sept. 16th.

BOB MOULESONG continued with the second part of his three part story, “Planters’ Moon.”  In this part of the story, Emma continued with her errands which included plans for her annual garden which needed to be planted before the Planters’ Moon.  While witnessing the unusual behavior of her husband, she began to realize he was becoming unfaithful.

MARJORIE PETERSON continued with four pages of her novel, The Bitter Ballet.  While blaming herself for the disappointment of her son, and his “so-called” wife, Rose continued raising her granddaughter on the few funds available.  When her granddaughter asked to be allowed to attend Madame Abbott’s school for ballet, she realized how impossible it would be.

JANICE BEIER read four pages of her suspenseful short story entitled, “Midnight Caller.”  When being called to the prison where his “midnight caller” had been imprisoned, Reginald realized that the lunatic had lured him there only to continue his harassment of the DJ.

VICTOR MARMOLEJO brought three pages of his Shakespearean Blank Verse Screenplay entitled, “The Life and Times of Tsar Ivan IV.”  The conflict between husband, Tsar Ivan IV and his wife, Anastasia, was related by the various members as they played the parts of the different characters.  The play was enjoyed by all the members.

TOM SPENCER brought his nine stanza poem entitled “A Six-Pack Serenade.”  In this delightful descriptive poem Tom told of a chaotic neighborhood where neighbors fight, have late night rendezvous keeping their other neighbors awake, and later deciding they should move to a better neighborhood.”

PAUL MULLIGAN continued with his novel, Be Brave-Now Die.  In this part of the novel, Carl and Darlene decide to go bowling and are forced by Darlene’s mother to take her younger brother, Eddie, along.  The bantering between Darlene and her brother continue throughout the night until they learn of a shooting involving a friend.  Carl witnessed the true closeness between the brother and sister.

NEIL BEDEKER continues with Chapter 4 of his novel, Early Retirement.  This chapter begins with Special Agents Malloy and Mapes sitting in their car on a stakeout in South Phillly.  As they sit watching the third floor apartment of a recently released prisoner, they ponder what he did with the three million dollars that was heisted several years prior.

BEVERLY STANISLAWSKI read an essay, "Apple Seeds," which compared a person's character to the seeds in an apple. It was not the external parts of an apple or of a person that showed their worth, but their essence was in their internal makeup instead. 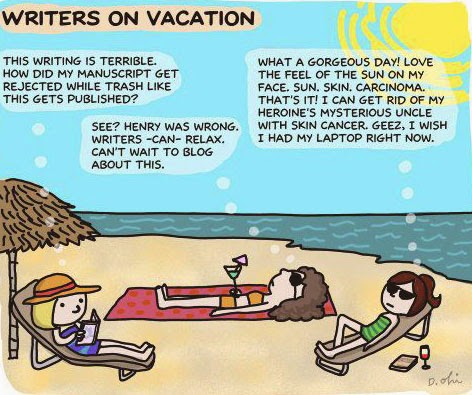 A vote of approval for the July 16,2014 meeting minutes was first given by DENISE TAYLOR and seconded by JANICE BEIER.

SHARON  PALMERI mentioned that if the members would state whether or not they are planning on reading and if so what they will read (poem, short story, etc.) as they respond to her E-mail, it would be helpful in the planning of the meeting.

PAUL MULLIGAN continued with his novel, Be Brave Now Die.  In this part of the novel, Carl and Darlene are saved from an attack by several punks as they board a bus with an all-state defensive lineman on board.  After leaving the bus Carl and Darlene climb into her dad’s parked car and engage in their first sexual love affair.

DENISE TAYLOR continued with Chapter 3, “We’re Seniors!,” from her novel, All the Little Secrets.  The story continues with Jenny openly defying JoAnne by saying she would not be attending the Friday night party if they were serving beer.  The girls soon found out why JoAnne managed to stay in a good mood and not start a fight with Jenny, it seems she had found a new boyfriend.

DONNA DOUGLASS read the second part of her three part memoir, “Kansas Heat.”  In this part of her memoir Donna told of her trip to Kansas with her boyfriend, Sam, to meet his family.  After picking up his mother they traveled to McPherson, Kansas, to meet his grandparents and the place where he was raised.   Donna was in for quite a shock when seeing the old shed, chicken house, where he and his siblings were forced to live.

TOM SPENCER brought his beautiful free form poem entitled, “Mourning Morning Shadows.”  The poem tells of beginning life as the child “embarks upon adventure” and later “in a world of failed graces, memories of places – Another world beyond?”

JACKIE HUPPENTHAL read two quatrain poems.  The first poem entitled, “Picnic in the Park,” told of a romantic picnic “under the crescent moon.”  The second humorous poem entitled, “Lupe,” told of the family dog destroying most everything in the house but completely “ignores her toys and bones.”

BEVERLY STANISLAWSKI brought her five stanza poem entitled, “Homecoming.”  The poem told of the disappointment of returning to the place where you grew up only to find nothing as you remembered.  The poem ended by comparing to something Thomas Wolfe once wrote – “you can’t go home again.”

BOB MOULESONG read the first part of his three part short story entitled, “Planter’s Moon.”  The story began with a young housewife, Emma, inspecting the damage done to her by her husband the night before.  Feeling overwhelmed by her terrible existence she decides to take her baby into town to the grocery store and runs into an old boyfriend who gives her sympathy.

JOHN BOUFIS continued with four pages of his story, Seeping.  In this part of the story John has a spirited debate with his friend Dave about the ethics and morality of cheating death and the decisions made by insurance companies that affect people.

JANICE BEIER continued with her short story entitled, “Midnight Caller.”  After being able to keep a confessed killer on the phone until the police were able to trace the call, DJ Reginald Hawkins is later contacted by the killer asking him to come to the jail, saying he has “something for him.”

SHARON BUCKMAN continued with her novel, Beyond the Canopy.  In this part of the sequel Anne decides to help Sally with her milking chores when she is accosted by a stranger.  After managing to escape from the abductor he manages to catch up with her only to be hit by Sally’s car as he reaches Anne.

MIKE MUSAK read the revised first chapter of his novel, Habits Change.  In the revised version of his novel  the focus is on Michelle Januson as she tries to convince her mother that her class had been cancelled since everyone would be attending the football game that night – including her.

NEIL BEDEKER continued with Chapter 3 of his novel, Early Retirement.  This part of the story begins with Mitch being told he was losing his job as a tenure teacher.   His name and picture was all over the news media showing him “standing with this wild-looking, red-headed chick in the pond at Woodstock.”

VICTOR MARMOLEJO read his work  “Scene l: The Tsar’s Coronation,” telling of the tragic tale of Anastasia and ending before the exit chorus with “in rule and pride, may yet destroy his kin, The greatest threat to crown and darkest sin.”