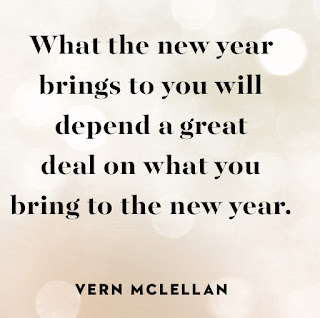 OLD BUSINESS:
A vote of approval for the November 21, 2019 meeting was first given by Al Koch and seconded by Ruthann Graczek

Beverly Stanislawski mentioned that her poem “Just the Sound of it” received Second Place Honorary Mention in the Florida State Poetry Contest. Her two other poems, entitled “Something Blue” and “Beach Buddies” received Third Place Honorary Mention in the Florida State Poetry Contest.  Dennis McClean has sent his manuscript to The Flying Turtle Publishers.  Hardarshan Valia mentioned about his trip to India where he was emptying his long-departed father’s trunk filled with books and to his surprise he found Hoosier Horizon Children’s Magazine circa 1998-1999 Volume 5 that contained his son’s poem.  Sharon Palmeri then explained the background about the W.O.H. Hoosier Horizon Children’s contest that published winning poems by elementary school students in participating schools of Lake, Porter, LaPorte counties in Indiana and Lake County in Illinois.  She also mentioned that there had been an average of 47 elementary schools who participated yearly from 1993 till year 2000 when W.OH. ceased the publication.

AL KOCH read his essay entitled “2020” that narrated passing of the year 2000 with an amusing look about dire predictions with Y2K ending after 20 years with nothing but a change about date on the calendar about a number 20. He elaborated how the number 20 historically equals a ‘score’ whereas the new year 2020 now can be called “double score.” On a personal level of his, he tied it to good eye vision of 20/20 and how it created hardships during his childhood and the ways he conquered it

MIKE RIPLEY read the opening chapter of “Lake Stories Part 2.” With the first edition of Lake Stories complete, the lake is again the star in the second book in the trilogy.  The familiar narrator opens the winter skating season with a mishap at an ice-fishing hole left to trip up an un-suspecting skater gliding across the ice. He is that skater. The hole traps his leg in the freezing water and has another surprise in store when something underneath the ice grabs his foot and tries to pull him through the narrow hole.

DIANE STRATTON reminded about real meaning of Christmas through her story entitled “Grace Goes Round and Around.” The narration begins with the Faith Formation Director at a church who is busy organizing the collection of gifts for needy. Problems arise when two more people want to donate but there are no more recipients available and also when a gift is provided that can’t be matched to a recipient. Unexpected turns provide solutions to all the problems and grace surrounds them all.

BEVERLY STANISLAWSKI brought her three beautiful poems that received honorable mention place in Florida Poetry Contest.  The first poem was a free verse entitled “Something Blue” that described how a bride prepared herself using some of her grandmother’s gifts that she herself had used on her own marriage. Getting support from old, something borrowed, how she is preparing to step into the new world filled with love. The second poem was a highly imaginative rhyming poem entitled “Just the Sound of It” that describes various sounds originating in the universe and what role they play while a poet is writing a poem, beautifully summarized in one line “Ears hear what eyes have seen.” The third poem was a free verse entitled “Beach Buddies” that took us through the memory lanes of fun-filled days of childhood spent on a beach.

DENNIS MCLEAN read “Flatboat” telling of the boat journey along Sugar coast of Louisiana on the Mississippi river that Abe Lincoln took with Allen Gentry in the month of May in 1828. The story shows how Abe and Allen thwarted pirate attempt during the river journey but also describes Abe’s inner feelings and dismay about slavery.

HARDARSHAN VALIA read his free verse poem entitled “Wolves at the Chattisgarh Express” published in The Sikh Review, December 2019. It describes about how a Shakespearean phrase from Hamlet “And to suffer the slings and arrows of outrageous fortune” was incorporated into his poem.

BOB PHILPOT continued with Chapter 5 of his novel Strange Friends, Chapter 5 – Double Ranch.” Cob and Zeb on their patrol through the Arizona desert reach a homestead ranch called Hutchison where sheriff’s men were stationed. They were greeted with most of the deputies but with some sarcasm. One even made a crude joke for which both tangled in friendly manner. As the unspoken command held them back, Zeb and Cobb took Sheriff into the next room away from other deputies where each tried to weigh each other’s gestures.

The meeting was adjourned at approximately 8:15 P.M.