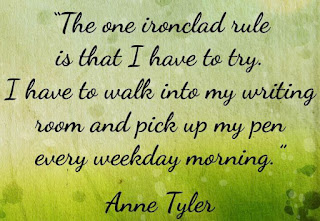 OLD BUSINESS:
A vote of approval for the August 18, 2017 meeting was first given by KATHERINE FLOTZ and seconded by BEVERLY STANISLAWSKI.

SHARON PALMERI read a small portion of the “Ride and Read” pamphlet which told of the fun poetry and prose event that will be held on Saturday, September 16th between 10:00 and 12:at Erie Lackawanna Trail (starting at the corner of Jewett  Eve & 5th street..  Sharon also stated that the WOH annual banquet will be held at the Avalon Manor instead of the Innsbrook Country Club on December 6, 2017. Invitations and more information will be e-mailed soon. Cost for the event is $30. For members and $35. For non members. Reservations and money is due by Nov 2nd  (a FIRM deadline )

RONDA GARCIA mentioned that her book Nocturnal Meeting is to be published in May.

GEORGE MIGA stated that his book  Medal of Dishonor was published.

BEVERLY STANISLAWSKI read her two-page short story entitled, “Sun Spots.”  The story began with a grandfather telling his granddaughter how the first solar eclipse got started.  The highly imaginative story began with the sun constantly appraising himself, irritating everyone around him.  When the “Lord of the Lake” could stand no more he arranged for dirty blotches to appear all over the sun’s face, which were then called Sunspots.  The sun was then told he must hide his dirty face away for a while, thus came the solar eclipse.

HALEY HARDIN began with Chapter 2 of her novel in progress, Karmic Interference.  In this part of her story, Emily awoke in a room she did not recognize.  She walked through a house that she also did not recognize and she found an envelope with her name on it.  Upon opening it, she discovered it was from her deceased father, telling her of relatives that she knew nothing of and where they lived.

RONDA GARCIA read two pages of her newest novel, The Land of the Unimagined.  The novel begins with Oliver finally standing on the strange little island his uncle had told him about.  When he found his uncle had sent a Spanish speaking Juan to meet him he was very confused.  Later a kid named “Tut” who appeared in a Dunne Buggy to take him to his uncle greeted him.

AMY BRAILEY read three pages of her newest chapter in her collection of short story beginnings, with the title “The Experiment.”  This story, meant to be continued by students, began with a detective being asked by his sergeant to do surveillance on an old abandoned house from which they had received complaints of strange noises surrounding it.  When entering the house the house the detective discovered there were men in lab coats carrying on experiments, which involved cloning.

PEGGY GLENNIE read her short story entitled, “Elliot.”  The story, written by Elliot, describes his life with his family, stating they were a “protective lot,” keeping him on a short leash, keeping him from playing catch and keep-away with his friends.  The story has a surprise ending.

NEIL BEDEKER brought the continuation of his screenplay entitled, “Torchkey.”  The screenplay continues with Joe, after finding his deceased father’s motel is in need of repair, runs into an old friend who works at the local hardware store.  Joe remembers that this friend had recently bought his father’s boat, a boat that he had wanted for his own.
The meeting was adjourned at 7:55 P.M. 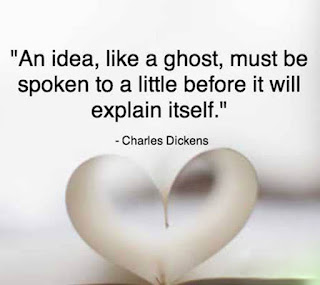 OLD BUSINESS:
A vote of approval for the August 3, 2017 minutes was first given by KATHERINE FLOTZ and seconded by SHARON BUCKMAN.

SHARON PALMERI mentioned to the members that we would be using the same entertainment that had performed at last year’s Christmas banquet unless other suggestions came forward from the members.  She also stated that the Christmas banquet this year (December 6th) would be held at the Innsbrook Country Club in the Chicago Room.
[ADDED: IMPORTANT CHANGE OF LOCATION WILL BE DISCUSSED AT NEXT MEETING]

KATHERINE FLOTZ stated she would be speaking at the Wittenburg Village on Sept. 23rd, 1200 Luther Dr. in Crown Point at 10:30 A.M. regarding her book, Pebble in My Shoe. Anyone that would like to attend is welcome.

ADAM SEDIA mentioned that he had three poems published by the Society of Classical Poets.

ADAM SEDIA read two of his poems.  The first poem entitled “Aviaticus,” was a three stanza poem describing the trail left by a jet as “more intrepid, more bizarre,” as it darts through the clouded sky. The second poem, entitled “Two Hearts,” is a beautiful four-stanza poem written for a friend’s wedding.  The poem describes two hearts originally beating alone and apart, then beating with joy and eventually beating as one.
CAREN VON SEE continued with reading four pages of her novel in progress, Treasure Chest. The story, taken from a prompt, begins with telling of the remodeling of a couple’s home.  During the reconstruction, the wife, Sara, finds a chest in the attic.  She places a key she had previously found in the lock and finds a chest full of handmade baby clothes.  Since she now knows she is pregnant, she believes the clothes were meant for her baby.

KATHERINE FLOTZ read her short story, “Miracle of Birth in our Backyard.”  The story, written several years prior, tells of her and her husband finding a robin’s nest by their bedroom window.  After the eggs  had hatched her husband tried to take a picture of the baby robins.  This excited the mother and father robins so much it caused two of the little ones to fall out of the nest.  After placing them back with a shovel and a stick, twice, they were back in place and all was well.

SHARON BUCKMAN read her five-stanza poem, “My Wish For Amy.”  The poem, written for her granddaughter prior to her wedding, tells of holding her “perfect little blond babe” so many years prior and now knowing that the spouse she has chosen “goes so perfect with her.”

BEVERLY STANISLAWSKI brought two of her poems, the first, “The Captain and His Lady,” was a soliloquy type poem with the late captain telling of the beautiful relationship he had with his good ship, Stella Rose.  The sad poem told of his desperate attempt to save his ship as they both went down to “sail eternity’s seas.”  The second poem, “Eyes Wide Open,” was a five-stanza quatrain poem telling of a parent letting her child “test her wings” so that someday her eyes “will open and you’ll see.”

NEIL BEDEKER brought an excerpt of his four-page screenplay entitled, Torchkey.  A few of the members were chosen to play the part of various characters.  The screenplay was a great success as the characters came alive telling the story of Joe, a son who came back home following his father’s death only to find that many of the things he planned on being his own, were about to be sold.

SHARON DORELLI read her lovely eight-stanza poem entitled, “Star-crossed Lovers.”  The poem tells of the sun and the moon passing each other “Like ships upon a starry sea, Destined to follow separate paths.”

AL KOCH read his l l/2 page short story entitled, “The Wonderful World of English.” This short story tells of how the English language “continues to evolve, expand, and increase our ability to express human thought and knowledge.” This story brought a lot of attention to our writers for things that we so basically took for granted.

PEGGY GLENNIE read her very humorous nine-stanza poem entitled, “A Winter’s Tail.”  The poem tells of her cat’s disappearance every winter, returning each spring only to disappear again come winter.  The mystery ended when she found that her cat jumped into a neighbor’s car as they headed to Florida each winter.