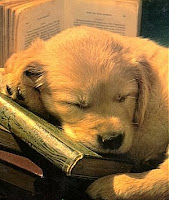 1. Beverly Stanislawski happily announced that she had taken first place for a literary award from the Life Press Christian Writers Assn. for her short story, "The Passover Lamb." She received a monetary award as well - congratulations Beverly.

2. Sandra Nantais stated she had just recently returned from California and hasn't had much chance to do any writing.

3. Tom Spencer reported on his Labor Day party stating it had gone very well and he thought everyone had a good time. He also stated the deadline to submit poems for the Poetry Book is Saturday.

4. Kelley Chase, hiding her light under that bushel, did not want to reveal that she marched in the Labor Day parade.

5. Laurie Chase, still working on having her niece edit her book, stated she became an aunt again this past week.

6. Pamela Gonzalez stated her husband is insisting that she submit her "Frightened Fairy" poem to a publisher by Saturday - she's looking for one.

7. Michelle Vargas, who joined WOH today, stated she received an E-mail from the Lutheran Witness Magazine stating they had accepted her piece, "The Light of the World." It will be in the November issue.

8. Sharon Jesik told of an author friend of hers, Scott Phillips, who had written "Ice Harvest," a book later turned into a movie starring John Cusak, has written another book.

9. Jackie Huppenthal stated she and her family went to Tom Spencer's Labor Day party and had a wonderful time. She also has an author friend, David L. Harrison, who had written a book on volcanos. Jackie found out the book had been talked about in her son's class at school and after telling her friend he sent a letter to the class.

10. Judy Whitcomb stated the "Magic Hour," the writers club for children's books, had Kathy Flotz as their guest speaker last week and it went very well.

11. Sharon Palmeri, after going through her various writings for the WOH book, decided to do a little more writing. She also told of having to take her dog, Chrissy, for surgery involving fatty tumors.

12. Sharon Buckman stated she has been enjoying the extra writing she has been involved with pertaining to her book, "Canopy of Leaves."

SHARON BUCKMAN read the first two pages of the last chapter of her book. The chapter, "Escape," told how the thirteen year old girl managed to get free and is presently in the process of living in the wilderness trying to find help.

BEVERLY STANISLAWSKI read her prize winning story, "The Passover Lamb." The story told of a young boy, Jonathan, taking his lamb to the priest for the annual Passover sacrifice. The lamb escaped in the process of trying to get him there, causing Jonathan to come in contact with a stranger who tried to help him. The story has a surprise ending.

SANDY NANTAIS had written a true short story involving her recent trip to California, more specifically, a laundromat. The story, "Bush & Stockton Street Coin Laundry," told of seeing so many people living in the streets of San Francisco and of one particular old man who entered the laundromat just to steal her full cup of Starbucks coffee.

TOM SPENCER wrote a one page short story, in the second person, entitled "Self Evaluation." The story told of the dilemma of a man fishing in an old boat that had capsized and trying to figure out how to get back into it.

MICHELLE VARGAS read the beginning of chapter one of her non-titled book. The story told of her desire to avenge her father's gruesome death and the courage she and her friend had to achieve this.

SHARON JESIK read a few more pages of her book, "Corn Dancer." In this part of the story, Luck, a close friend of the deceased Dotty, was trying to go through her art gallery files, hoping to find a possible clue as to her murderer; instead he believes he encounters her ghost.

JACKIE HUPPENTHAL read her nine stanza poem of the average life of a frenzied housewife. The poem, addressed to her husband, tries to explain it all to him, hoping he won't add to her stress by remarking it is still a mess.

KELLY CHASE continued with her story, "Unintentional Treasure Hunting." This part of the story told of the teenage girls finding a hidden room in the basement of the deserted house and ended before they could find out what was inside.

LAURIE CHASE continued with her book, "Dual Heritage." The story continues with Dr. Togalaz, a woman who is half human and half Allizorn, trying to apply for a position at a medical facility without giving them all the details of her past physical history, being half human.

SHARON PALMERI read her short story entitled, "On Call." The story relates to the time she worked as a technician in obstetrics and tries to understand why it seems more babies are always born under a full moon. 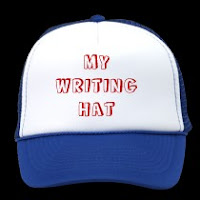 Sharon Palmeri stated she had received various E-mails from some of our members who haven't been at our meetings recently. They consisted of the following:

Audrey Warzyniak has been busy taking care of her mother who has been ill for the past several months.

Lisa Groszek mentioned she hasn't been able to come due to conflicting dates.

John Boufis was unable to attend this past meeting due to a friend's death.

Sandra Nantais is still in California -- she has a funny story we would like her to relate when she returns.

Beverly Stanislawski was unable to attend our last meeting due to illness.

Paul Mulligan hopes to attend our next meeting. He has had conflicting employment dates.

Mark Richardson, who has been gone from WOH for a while explained that with four kids of various school ages, soccer, and other responsibilities week nights are difficult for him to get out.

Writer's Magazine has published some information about us, making a total of three different sources concerning WOH when you add in our web site and our blog.

Palmeri also reminded members to get their stories and poems in to Tom Spencer by the next meeting for Hoosier Horizon Magazine so he can start working on formatting the magazine.

She also reminded members who plan to attend the Christmas Party to get their money in soon.

NEWS:
Due to the attendance of three new guests, our members again took time to relate some information about themselves as well as their writing preferences. From this time forward each new guest will be given a one page copy of each member's bio. Since these bios also appeared at the last meeting only the guests, new members, and those who were not at the last meeting will be listed here today, but will appear in our archived minutes:

1. Pat Stevens, a new member, is presently writing an autobiography. He stated he enjoyed receiving all the good information he received at our last meeting.

2. Pam Gonzales stated she has just recently started getting back into writing. She has been working on a short story. The idea for the story came from the funeral home where she is presently employed.

3. Michelle Vargus, a new guest, enjoys writing which concerns different genres. She has recently written for the Christian Writer's Guild.

5. Liz Wilson, our last new guest, stated she attended Calumet College and is presently on her third draft of a novel she is writing.

6. Mary Wooley, formerly a staff reporter for a daily newspaper, has just recently finished a novel for which she is seeking an agent. She also enjoys photography.

PAM GONZALES read her delightful story entitled, "A Royal Jumping." The story told of an older woman attending her deceased sister's funeral and the special attention she demanded for herself. The surprise ending came after she jumped into her sister's casket and had to be carried out of the funeral home.

KELLY CHASE, had to write her short story, "Unintentional Treasure Hunting," during her study hour at school. The story told of several teenage girls going through an old deserted house at night. The only light they had worn their flashlights and as it ended they were getting ready to go downstairs.

LAURIE CHASE read three pages from Chapter One of her fantasy novel, "Dual Heritage." The story concerns a young woman, half human and half Allizorn, wanting to leave Zoristall, the place where her father lives and where she has been persecuted for being half human.

TOM SPENCER relayed his poem, "Legacy of Rita." The five stanza poem told of the preparation involving the hurricane, Rita, and of the change of attitude for following hurricanes.

SHARON JESIK read four pages of her book, "Corn Dancer." This part of the story related to the art gallery of their deceased friend and how they should dispose of it and her other belongings.

JUDY WHITCOMB continued with her story, "My Grandma is a Science Teacher." Grandma, the teacher, explains to her class about the importance of gravity in her chapter, "Center of Gravity."

MARY WOOLEY read two pages of her story, "Play Like I'm Sheena - Queen of the Jungle." The story tells of the life and poverty of seven young children living at home with a mother who seemed to have a severe mental problem as well.

KATHY FLOTZ continued with her novel, "The Journey." The story takes place following World War 11 and tells of a young mother and her two sons, while trying to locate her missing husband, is contacted by a young American flyer they befriended during the war.

SHARON BUCKMAN continues with her novel, "Canopy of Leaves." The young teenage girl, who has been held captive for the past four months, is beginning to activate her plan of escape.

PAT STEVENS read two pages of his autobiography, "Patrick." In his revised version of the autobiography, Pat reveals to the psychologist that his father's death may have been a homicide, committed by his stepfather and involving his mother as well.

The meeting was adjourned at 8:45 P.M.
Respectfully submitted;
Sharon Buckman