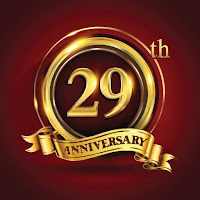 This celebration is open to:
W.O.H. members, their family and friends,
and all writers

6:00 p.m. Doors open for cash bar and socializing. In addition, book sale tables will be available. Books may be displayed, but authors will be responsible for their own sales. Those wishing to sell books please notify us of this BEFORE Dec 1, and arrive 15 minutes early to set up. No table fee. We support our local authors, and hope you will as well by purchasing a book.

Vegetable: Green Bean Almondine
Roasted red potatoes with olive oil and rosemary
Dessert: Peppermint Ice Cream, Cake (half cake will be chocolate and the other half white or yellow)
Cash Bar

*8:00 - 8:30 p.m. Sharon Palmeri introduces Mike Bruccoleri of “Good Clean Fun” who will be providing the entertainment for the night.

Gift exchange: Wrap a new or gently used copy of one of your favorite books (No self-published books -- that’s what the book tables are for (Please read note at the bottom of this invitation.)

RSVP:
E-mail writeonhoosiers@comcast.net no later than Dec 1 if you are interested in attending .

1. Select a new or gently used copy of one of your favorite books (No self-published books -- that’s what the book tables are for.
2. All books must be wrapped!
3. Tape a card to your gift with a note, typed as creatively as you can, a hint on what the book is about or who the best audience for the book would be WITHOUT GIVING AWAY THE TITLE. (Examples: a poem, word play, or a cryptic hint.)
4. Whoever is interested in a particular book will write their name on the card. Don’t worry, we have a plan in place in case more than one person wants the book 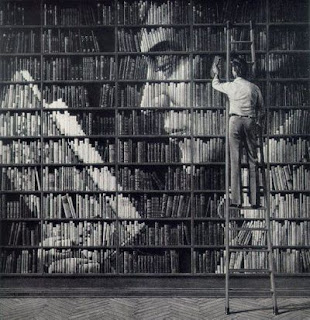 The minutes for the November 2, 2017 meeting were approved by RUTHANN GRACZYK and KATHERINE FLOTZ.

BEVERLY STANISLAWSKI reminded the members of our December 6th Christmas Banquet at the Avalon Manor.  All members confirmed they knew of the location and time.

SHARON BUCKMAN mentioned that he newest book, a sequel to “Canopy of Leaves,” entitled “Beyond the Canopy,” is about to be published by Create Space.

HARDARSHAN VALIA stated he had given a speech on the subject, “Miracle Called Earth” at the Camelot Room in the Clarandale Senior Center.

HARDARSHAN VALIA read his four-stanza poem entitled, “Wolves Around the Chattisgarh Express.”  The poem had a prologue that told how the poem came to be written.  It involved his cousin and a number of other Sikhs that were killed in 1984 while riding on a train by mobs that had heard news concerning the prime minister of India being shot by two Sikh guards.

BEVERLY STANISLAWSKI read four of her poems.  The first, “All That Jazz,” was a blues sonnet telling of jazzmen taking turns adding their own rhythmic beat to a music stanza.  The second poem, “Moonflower Mission,” a five-stanza quatrain poem telling of a farmer trying to find a moonflower for his beloved.  Poem number three, “Love Should Glow,” and poem number four, “When Love Found Me,” were both poems written for people trying to find pure love.  All four poems had won poetry contests in various states.

AMY BRAILEY read her one page short story entitled, “Under the Water,” a story to be completed by her students later.  The story tells of young Selina suddenly remembering she has lost her grandmother’s amethyst brooch, a brooch that is laying somewhere at the bottom of the lake by her grandmother’s house.  As she prepares to jump into the lake to try and find it, she sees another face looking back at her.

BOB PHILPOT read four pages of the prologue to his story, “STRANGE FRIEND.”  The story begins with a lady watching a FedEx truck pull up to her neighbor’s house.  As  the lady and her friend watch the very large FedEx truck pull up very close to the neighbor’s garage, they witness him taking a very large package into the garage, followed by six men in black  with ski masks also enter.  The garage door then closes.

HELENA QI read two poems, both written for a deceased close friend and mentor.  The poems tell of how much this friend meant to her and how much she “guided her path,” and ended with, “My heart, once comforted by its warmth, shall forever retain its light.”

MARY ELLEN BEECHER continued with her memoir, “Out of Control.”  This part of her memoir tells of her trying to find her son, Michael, when he has failed to come home the night before.  She finally finds him at the end of the story, in the County jail.