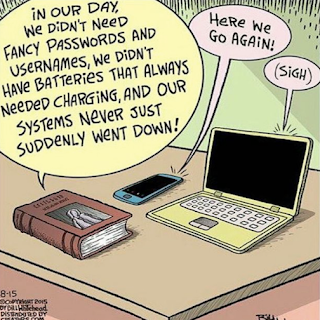 A vote of approval for the July 6, 2021 minutes was first given by BEVERLY STANISLAWSKI and seconded by KATHERINE FLOTZ.

BEVERLY STANISLAWSKI talked to the members about how to recognize a Haiku poem.

KATHERINE FLOTZ read her July entry for Story Worth entitled “What Was a Book That Really Made a Difference For You as an Adult?  Kathy’s entry told of a book she had read, “Barefoot in the Rubble,” by Elisabeth Walter.  The book told of her experiences and cruelties at the hands of Tito’s partisans during the Second World War.

AMY BRAILEY continued reading two pages of her book, “Jon Everett and the Hall of History.” This part of the book told of Jon experiencing the fear and confusion of the gunfight between the advanced guard, that he was a part of, on the march to attack Fort Duquesne.

SHARON BUCKMAN read two pages of her book, “Running on a Treadmill.”  In this part of the book Sandy discovered that her ex-boyfriend, Eric, had found where she was hiding.  Her mother and landlady began trying to help her form a plan to leave her new location without him seeing her leave.

BEVERLY STANISLAWSKI read her four stanza haiku poem entitled, “Majestic Mountains.” Her poem told of the majestic beauty, “Peering at God Face,” were, “Ancients of Another Time.”   Beverly’s second poem, a Blues Sonnet entitled, “All That Jazz,” tells of the joy a jazz audience receives when hearing the unpredictable music.

DENNIS MC LEAN read four pages of his novel entitled, “The Flatboat.”  The story, concerning Abe Lincoln’s journey on a flatboat, told of Abe telling one of his whimsical stories of his death, for a time, caused by his horse, Beulah.

SHARON PALMERI continued with four pages of her memoir entitled, “The Swiss Miss.”  In this part of the memoir Sharon tells of her dating experiences with John as they go skating, bowling and the opera.  When Sharon decides this was the man she wanted to marry she then takes him to meet her parents. 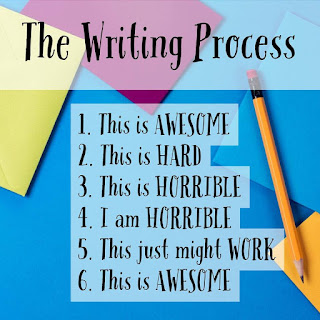 A vote of approval for the June 24, 2021 minutes was given by BEVERLY STANISLAWSKI and SHARON BUCKMAN

KATHERINE FLOTZ explained how her family had signed her up for Story Worth, a program that sends her a different topic each week for 52 weeks.  Kathy writes something for each topic which is then printed and published at the end of the 52 weeks and given back to her family.  Great idea.

KATHERINE FLOTZ read “WHAT GIVES YOU PEACE OF MIND,” her May 25th entry for Story Worth.  Kathy’s entry was summarized by loving her family, friends and treating everyone with compassion.

SHARON BUCKMAN read two pages from her future novel, RUNNING ON A TREADMILL.  This part of the story tells of Sandy, her mother, and landlady trying to convince Eric that he has the wrong town when he finds her mother’s car but is told it belongs to the landlady instead.

BEVERLY STANISLAWSKI read her five-stanza poem entitled, “HOMECOMING.”  This very touching poem told of her return to her neighborhood in Chicago and finding it nothing like the place she had remembered as a child.

HARDERSHAN VALIA read his six stanza poem entitled, “GLOVE on a FENCE.” The very clever poem told of a jogger picking up a snow covered left glove and placing it on a nearby wire fence.  The following week she returned to the same spot and placed her right handed glove next to it.  The next week when she returned she found a note and another right-handed glove saying he wouldn’t need it anymore, he was being deployed to a desert.

SHARON PALMERI read her four-page memoir entitled, “PROFESSOR ARM PATCHES.”  This very cute story began when Sharon enrolled in a college nursing program at IUN.  Since she liked to write, she brought a few poems to an English professor to look at.  She was shocked when he described them as “archaic.”  She responded “Then you will help me improve!...I will take all of your classes!”  And she did.  She changed her major to Education/English/Journalism and has corresponded with the retired professor for many years. She uses some of his techniques in her own classes. 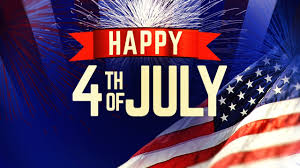 After a delicious dinner at Pappas, the high-energy, interesting meeting got started at 6:30p.m.

Note that the mystery regarding who treated us all to dinner, on our first meeting back, has been solved!  We were also treated to dinner for this meeting by Write-On, Hoosiers.   We discussed times and places for upcoming meetings.  More definite details will be forthcoming.  Merrillville library is scheduled to open in September, but many members seem to like the idea of meeting at least once a month at Pappas restaurant.

Bev Stanislawski stated she is working on a book of poems.

Al Koch says he is “staying out of trouble,” continues to write for the paper and helps with the Historical Society.  He mentioned it is his 60th wedding anniversary, so Happy Anniversary from all of us.

Katherine Flotz’s family has her involved with StoryWorth.  (See storyworth.com.) Each week Katherine is given a prompt question and she writes a story.  A year’s worth of stories about her memoirs are bound into a beautiful keepsake hardback book for her family.

Mike Ripley had his book, Lake Stories, on hand at the meeting.

Gail Galvan stated that no haiku poems have been submitted, so that project idea for compiling a book of 100 haiku poems by members has been scratched.  (Perhaps at a later date.)

Shirley Vaughan has updated her latest book, Heaven’s Plan and has ordered copies.

Al shared memories about all of the chores he did while growing up.  He had a “posted chore list” when he came home from school and got busy.  He wondered “if today’s kids have chores to do.”  And “today, considering all the electronic gadgets and modern conveniences available, chores seem so old-fashioned and from the distant past.”  He wrote about clotheslines, the “proper method of hanging laundry and the placement of clothespins,” potentially menacing wringer washers, and much more. When he was a high school shop teacher, he posted a “chores” sign in his classroom and wrote: “Because your mom is not enrolled in this class, you have to clean up your own mess!”  Says he aimed to “impart the lesson of responsibility: I believe doing chores is love made visible.”

Mike read PastMenders.  It is about a futuristic company that can change the near-term past.  David needs their services to help him meet the girl injured a few days earlier in a traffic accident. The character, David, walks into the PastMenders’ office and after elbow-bumping hello, since it is 2020, he requests that the past Saturday be “mended.”  After making eye contact with a girl, she wasn’t watching where she was going, and “she walked right in front of the car.”

Sharon read from her possible book in progress, Running on a Treadmill. Her character, Sandy, must deal with a domineering, threatening boyfriend she is trying to get away from.  After running away form him, Sandy decides she likes the small town of Clifton, Missouri.  This is a town she had only experienced by a fifteen-minute layover on her bus trip.  Sandy starts a new job at Walmart, tells her mom why she is afraid of Eric, and hopes for a new start. Everything seems to be going quite well until her boyfriend discovers the town she is in.

Her prompt-question for the StoryWorth memoir book that is being compiled was, “Have you ever wished to be a celebrity?  What would you like to be famous for?”  She writes, “I am happy to say that I am a celebrity in my family.  The reason—I have written my memoirs of the 1944-1948 concentration camp in Gakowa/Serbia.”  She continues to tell more of her story which she wrote about in her book, Pebble in My Shoe.

From her memoirs she is writing for her family, Sharon shared a poignant passage about how she and her husband, John, met.  It happened at the age of 19 with the desire to learn to ski and a possible ski lesson. At work a lady said her son knew a co-worker who might be willing to give her a lesson.  She also winked at Sharon as she added, “He’s also single.”  She didn’t care much for blind dates, but did agree to meet a fellow by the name of John Palmeri. Sharon was impressed with his “white 1963 Corvette Stingray,” and the fact that he was an electrician and motor repairman at Bethlehem Steel. John was amazed at someone so young living in an apartment on her own, and said he’d never seen anyone her age with so many books. They dined out for pizza at Pete and Snooks in Glen Park for their first date.  Sharon struggled with that first cold, awkward ski lesson—and the life-long, loving partnership began. The title of the memoir is Swiss Miss Trades Her Cocoa for Skis.

Gail read about a true lunch that took place one day with two fellow elderly nurses she used to work with at Miller’s Merry Manor in Plymouth, Indiana.  The title was “Nurses to Patients.”  She wrote, “We sat in Bernita’s kitchen reminiscing like three old war buddies telling true tales from our pasts.”  All three now have major health problems and they feel as if, “We’ve turned into the patients we used to care for.”  But they sat there remembering about the good old days, how they worked long shifts, dealt with confused residents who would call up and say there was a fire when there wasn’t any or when a sweet old fellow by the name of Harold would often ask Gail to marry him.  He assured her, “No sex, I just need you for cooking and cleaning.” They missed their rewarding work, the residents and co-workers who had always felt like family, and of course mourned the loss of better health.  Yet all three were living one tough day at a time, and felt happy to still be around.

Shirley’s poem, “Here They Come, Ready or Not!” warns about a possible “invasion like never before.” CICADAS!  “Looking creepy, with red eyes, and orange veins…Buzzing and loud with a motorcycle-sound…Watch out, they’ll soon be coming around!”

Bev read two poems, “Swallow the Words” and “Aromas of Grandpa.”  From her childhood, Bev recalled very distinct aromas that exuded from her grandpa.  There was the smell of garlic, the fruity smell of Prince Albert blend for his pipe, and “an earthy scent that long preceded him.” She wrote, “My garlic, fruity Grandpa was an aromatic sight.” Her other poem, “Swallow the Words” suggests that the ingestion of words is “like a starving man sated by a book’s banquet.”  She refers to “our library’s menu,” plot twists “making me hungry,” and, “devouring each word served on paper platters.”