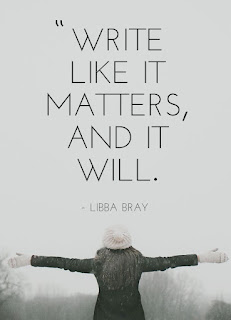 KATHERINE FLOTZ and AMY BRAILEY acknowledged that they had read the minutes from the previous meeting and they were correct.  The minutes were then approved.

VALIA HARDASHIAN said that he had found a website called “Authors Publish” that will send info on journals and book companies that are accepting material.  It sends contest information to those on the mailing list.  He also mentioned that there is another publishing source called TBN Publishing that can be found on Facebook.  He said it was like a Christian TV Station.

CINDY HORGASH read her poem entitled, “THE FIRST GRADE WHISPERER.”  It tells the words and actions of a “spellbinder” who quiets an unruly First Grade class with books and stories.

BEVERLY STANISLAWSKI read her fiction story entitled, “A MATTER OF TIME.”  In this story a hen-pecked husband decides to kill his wife.  However, he does not.  She reminds us to remember that murder may be “A Matter of Time”.

SHIRLEY HINMAN read her poem entitled, “FRIGHTFUL NIGHT.”  It is about a frightful Halloween night.  Lilith, a little girl, was trick or treating when she met an old man who slammed the door in her face.  (Shirley reminded us that Lilith is the name of the mother of all witches.)

KATHERINE FLOTZ read her short story that answered the topic, “WHAT ARE SOME OF YOUR FAVORITE SOUNDS?”  This title was one of an assortment of subject questions that she receives on a weekly basis that will be published at the end of the year for her family.  She included a number of various sounds including human voices of loved ones as well as sounds of nature among others.  These were all sounds that evoked positive feelings.

AMY BRAILEY continued reading from her novel, JON EVERETT AND THE HALL OF HISTORY with Chapter 29.  It describes how Jon, the soldier in George Washington’s army, receives the news that Washington has returned and that General Braddock has died.  He and the other soldiers are instructed by Washington to bury General Braddock in in the middle of the road to obscure the location of his remains.

SHARON PALMERI continued reading from her memoir with  two selections from 1967.  The first was entitled, ‘THE BIRD AND THE EAGLES—DOCTORS--.”  She explained how some surgeons acted in an intimidating manner while she was training and working as a Surgery/OB Technician . This was why she chose OB rather than OR to work in.   The second entry was entitled, “GUYS—CAN BE STRANGE—.“ She wrote about how she dated several guys who she thought had perplexing ideas about life and love, including a guy named Jack who suggested that if she really wanted to know how guys think, she should read men’s magazines.  She suggested that he cut out articles for her to read because she was not buying men’s magazines. She told him she thought the magazine “Psychology Today” would give her plenty of insight.

Posted by Write-On Hoosiers, Inc. at Wednesday, October 27, 2021 No comments: 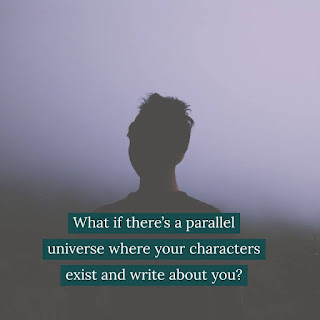 A vote of approval for the September 9, 2021 minutes were given by CINDY HORGASH and SHIRLEY HINMAN.

SHARON PALMERI announced that the annual Christmas party for WOH would be at Pappas on December 9th, the second Thursday.  There will be no meeting at Pappas in November.

BEVERLY STANISLAWSKI announced that she had taken first place in a Massachusetts poetry contest for three of her poems.  The poems were titled “We are Teachers,” “Finding Eternity,” and “Kindergarten Lessons.”

BEVERLY STANISLAWSKI read the three winning poems, the first, “We are Teachers,” were wise words about teachers.  The second poem, “Finding Eternity,” stated when it finally comes, there is no returning.  The third poem, “Kindergarten Lessons,” gave such lessons as, “if you care, you share.”

SUSAN BECHERER read two pages of her memoir entitled, “Dogtown,” a memoir that basically took place in East St. Louis, across the river from the St Louis World Fair.

SHIRLEY HINMAN read her two poems, the first, “A Visit, “ a poem telling of the brief visit of autumn.  The second poem, “Sing to me Autumn,” tells of the warmth and comfort of autumn.

AMY BRAILEY continued with her novel, “Jon Everett and the Hall of History.” After being attacked at Fort Duquesne, Washington’s army continued marching, ending up at Christopher Gist’s planation to rest.

CINDY HORGASH read her short story titled, “Cia Bella.”  The story was about an elderly woman living in a senior community who suffers from Parkinson’s Disease and the death of her beloved husband, Renzo.  Her dream comes true when Renzo returns to take her home.

DIANE STRATTON read two pages of her short story entitled, “Open Your Heart and You Shall Receive.”  Her summary states volunteering ends up bringing unexpected good things that met needs of those who gave freely of their time and service.

SHARON PALMERI read three pages of her memoir entitled, “To Fly or Not to Fly.”  The memoir begins in 1967 when Sharon, Edie and Sue moved into their apartment.  The apartment was cold and after Sharon came down with the Hong Kong Flu a boyfriend at the time, Ewald, risked catching the flu to take care of her.  Sharon also read a short summary entitled, “The Wedding-I Mean-Writing Oath.” The summary tells of the writer’s passion for writing.

GAIL GALVAN read three of her poems, the first, “Sandy Beach Stroll,” tells of the pleasure of taking the time to stroll at Porter Beach.  The second, “Kindergarten Confidence,” tells how confident kindergarteners are and yet how adults lose it.  The third, “Train Stop,” tells of how a poet will master killing the time of a train stop by turning it into a poem.