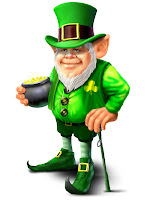 NEW LOCATION:
The meeting was held in the Banquet Room of the Chapel Lawn Funeral Home in Schererville.

One of our members, Pamela Gonzalez, is an employee of Chapel Lawn and had made arrangements for Write-On Hoosiers to continue using this facility if they desire. The members that were present seemed to feel it was perfect for our needs and wished to have it remain there. We wish to thank Chapel Lawn for their hospitality as well as their free, very good, coffee.

NEWS:
The members introduced themselves to our newest guests, telling of their writing preferences and how much writing they have managed to accomplish in the past few weeks. Neil Bedeker, a guest, stated he formerly belonged to Writer's Expressions which was disbanded in December. He also stated he has written two novels, one of them, "Cassidy Posse" was self published. Our other guest, Bill Burns, Jane Burns father, traveled from Wood Dale, Ill. to join us. He stated he formerly taught Creative Writing at St. Xavier's in Chicago and had a number of published articles, including five poems and six short stories as well as co-authoring a text book.

SHARON JESIK, reading from her novel, "Corn Dancer," revealed the importance of "Avanyu," and the necessity of protecting it. Yan, Robert's uncle and an old man from the Zuni tribe, told them a story of the Corn Maiden and how she tried to reveal a message concerning their friend’s death.

GEORGE MIGA continued reading his novel, "Medal of Dishonor." In this part of the story President Lyndon Johnson is still trying to talk his friend, Spenser McCall, into going to them ideas for him, promising to make him an ambassador to Iran if he will help him out.

LISA GROSZEK read from the beginning of her newest novel, "Lonesome Isle 2," The story begins with a mother talking to her son, Mitchell, and later telling the reader of the unbelievable memory her son has, including the memory of his own birth.

SANDRA NANTAIS read two of her poems, "Deep in the Kettle," a poem relating in the "idleness of a slumbering soul." Her second poem entitled, "Two Lips," is accompanied with beautiful photographs of pink tulips and another photograph of a woman feeding a dove from her lips.

JANE BURNS began reading from the second chapter of her novel, "Ursa Specularis." It begins with Ursula, a bear about to go into hibernation with her two cubs, encountering a human baby and carrying it back to her cave, nursing it along with her cubs through the long winter.

LAURIE CHASE continued with her novel, "Fast Forward." In the last reading she told of a housewife, Kelly O'Callaghan, suddenly finding herself in an unknown room while waiting in line for Dunkin Donuts. She is suddenly told she is on a spaceship that hauls cargo from planet to planet and believes it to be some kind of elaborate hoax.

KELLY CHASE read from her story, "The Ring." In this part of the story she convinces her mother that she needs to borrow their truck to go visit friends at the mall - this is accomplished by the magic ring she carries in her pocket.

The meeting was adjourned at 9:00 P.M.
Respectfully submitted:
Sharon Buckman
Posted by Write-On Hoosiers, Inc. at Friday, March 18, 2011 No comments: 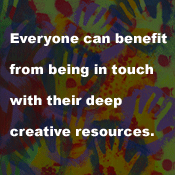 ANNOUNCEMENTS:
Sharon Palmeri announced that the members would need to decide on our next meeting place. Several suggestions had been given by various members over the past two weeks. Three of the suggestions are as follows: Banquet room at Chapel Lawn in Schererville, Schoops Restaurant in Crown Point, Twelve Islands Restaurant in Crown Point and the Elks Club in Hobart (still waiting for approval response). It was decided to rule out the Elks Club due to the distance involved for most members and to hold our next meeting at Chapel Lawn and further decision will be made then. Sharon also stated that our "Traveling Story" needed a little pick-me-up as far as the story line was concerned and encouraged the future writers of the story to possibly start "livening it up a little."

NEWS:
Our members introduced themselves to our newest guest, stating their accomplishments and preferences in writing. Dennis Hodges then introduced himself, stating he resided in Merrillville and was presently involved in publicity writing for the Lutheran Church. He also stated he did a publication for the "Tour of Railroads" in Europe.

READINGS:
SHARON BUCKMAN read two pages of her newest short novel, "A Family Murder." The true story related to the murder of her nephew, John Parker, in 2003. It began with the disbelief of family members as to how anyone could want to harm such a nice person and ended with the suspicions of the Merrillville police department involving several members of his family.

KATHY FLOTZ read one page of her newest novel, "The Journey." The story continued with Martha Brenner, a refugee mother, and her two children, reluctantly leaving Germany to head for their new life in America, possibly never to know what happened to her husband.

SHARON JESIK continued with her novel, "Corn Dancer." In this part of her novel Robert was leading the friends of deceased Dotty to a safe location in a "basement like" area, away from the severe storm raging outside. A Zuni scream was heard from above, and beautifully repeated by Sharon, as they all huddled around a table below.

BEVERLY STANISLAWSKI read her four stanza poem entitled, "Mountains' Majesty." The lovely poem related the beauty of the mountains "straining for a chance to touch the face of God." It has been entered in an Arizona magazine entitled, The Sandcutters.

KELLY CHASE continued with her story, "The Ring." The two pages told of her questionable judgement in having a boyfriend like Travis and slipping off her ring, a ring with magical powers, and placing it in her backpack. It then continued with her annoyance at seeing her friend, Ranee, happily talking to Annabeth, a former friend.

LAURIE CHASE read the first four pages of a previous novel she had written entitled, "Fast Forward." The novel tells of a housewife, Kelly O'Callaghan, starting out with her normal daily routine and suddenly finding herself in disbelief as she stared around at some unbelievable looking people in a completely unknown location.

JESSICA BARD continued with her short story, "The First Snow." In this version of her short story the dying woman, who had asked her friend Whit to stay with her to the end, tells of fighting off her attackers and ends up dying in his arms, only to have disappeared when he returns with the police.

JOHN BOUFIS, after again reminding us of the word, "seep," continued with a "sarty," the previous night, involving two women who had recently seeped into their new bodies only to fall eight stories, dying of broken necks and then seeping into new male bodies. The story then continued with a new person, John, being shot, however, his outcome is not known.

KATHY DZIUBLA remembered a Greek quote from her father, "A Camel Can't See Its Own Hump," and made this the title of her poem. The poem reminded us that we probably can't see our own limitations but they can certainly see ours. She also questioned as to why a negative word would be used to describe something as "awfully nice?"

TOM SPENCER had written a poem entitled, "The Poet's I," in response to a friend and intended as a thank you. The poem tells of the poet's intention to "foster change, bringing a social change to better our world."

LISA GROSZEK, in her two page memoir, tells of happy childhood memories of the Fourth of July at a friend's house, waiting impatiently for the first glimpse of fireworks and the sad farewells to their friends as they are forced to go home.

GEORGE MIGA continued with four pages of his novel, Medal of Dishonor." In this part of his novel he tells of President, Lyndon Johnson, trying to talk his friend, Spencer McCall, into leaving his present position in the oil business and going to the Mideast, returning to give President Johnson the true facts concerning the dissention between the "Jews and the A-rabs."

SANDRA NANTIAS read her beautifully illustrated poem entitled, "The Lady Bug." The three stanza poem describes the beauty of a lady bug and reveals beautiful photography of one sitting on a yellow flower.


JANE BURNS began her story, "Atalanta," an ancient Greek mythology, with the first part entitled, "The Apple Doesn't Fall." It begins with a Queen giving birth and a boastful King telling every one of the wonderful things his "son" will do as he talks to a stable boy. It ended with the queen's attendants showing him into the room to see his new "son."