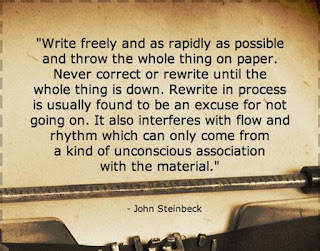 A vote of approval for the January 5, 2017 minutes was first given by MARY LOU COWLEY and seconded by KATHERINE FLOTZ.

Adam Sedia stated that he will be sworn in on January 20, 2017 as the new President of the Lake County Bar Association. Congratulations Adam!

CAREN VON SEE announced that the mystery novel, written by her and her sister, Carol, is presently being edited by Lauren Johnson and hopefully will soon be published.

ADAM SEDIA read two of his poems, the first was a free verse five stanza poem entitled, “January.” The poem told of the wonder that how the “seeds sown and forgotten, will soon rise “when the sun’s course has run.” The second poem, entitled, “Inversion,” told how the sun, emerging from a cloud, could be mistaken for a dawn and not a sunset.

MARILYN KESSLER read her lovely five stanza Christmas poem, entitled, “One Moment Each Christmas.”  The poem told of the serene wonder of the soul as it gazes upon the shining Christmas tree on the night before Christmas.

KATHERINE FLOTZ read two pages of her continuing short story entitled, “The Boy at the River’s Edge.”  The story, a true story, tells of her husband George’s life, beginning as a ten yr. old in Germany during World War 11.  This part of her short story ends with the fire-bombing of Dresden and his family’s unbelievable luck in surviving.

BEVERLY STANISLAWSKI read two of her poems.  The first poem, recently entered in a Utah Poetry contest, was entitled, “Bryce’s Paradise.”  The poem told of the beauty of Bryce’s canyon and tells of how the “canyon’s vistas astound visitors and urge imaginations to explore.” The second poem, a four stanza free verse poem entitled, “Sustaining Memories,” tells of all the sad memories left behind after a spouse’s departure and states; “Memories are all that sustain us now, And the promise of a reunion one day.”

DAVE WILGUS read four pages of his final chapter, “The Curse is Over.”  In this chapter he tells of tragedy that struck the Kronk family and the fact that they never got to see the Cubs win another World Series.  After detailing all the Cubs major events he ends with, “Seventy years of frustration are now over.  To all Cub fans, the hope of a dynasty has become the heartbeat.”
REBECCA JUERGENS continues reading her novel, In Angelic Arms.  Summarizing this part of the novel, “Kara falls off a bridge and is struggling to survive.  There is a darkness, and an evil to the water that makes her struggle that much more difficult.”

ANNE HUNTER (Ruthann Graczyk) read three pages of her newest novel, The Reconnection.  Chapter One begins with two women making their way through a restaurant after a conversation in the ladies room that causes one of the women to believe she has entered a “nightmare dream sequence.” The woman realizes that her earlier suspicions have been confirmed.

ROGER BATTON read four pages of his novel, Unfinished. The novel begins in the office of a fishery company in Seattle, Washington, with a young woman, Sedna Yazzie, pulling her cellphone away from her ear and slamming it down on her desk in a fit of rage.  The news she had heard made her believe that the company she has helped survive is now in jeopardy.
The meeting was adjourned at 8:30 P.M. 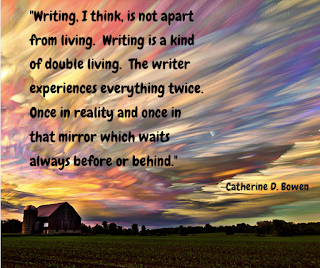 A vote of approval for the November 17, 2016 minutes was first given by RACHAEL THOMAS and seconded by KATHRINE FLOTZ.

HARDARSHAN VALIA read his one page GUEST COMMENTARY: “Answer Hate With Love”  Hardarshan began his commentary with a true story.   He told of attending a candlelight vigil where a leader of the White Power band End Apathy gunned down six worshipers and wounding several others.  He also saw there the former leader of that white-power band who was wondering if his lyrics were the cause of this.  The end of the story told of seeing the former leader in that same temple, “meditating intensely, and a picture of peace.”

SHARON BUCKMAN read two pages of the sequel to her novel, entitled, Beyond the Canopy.  In this part of the novel, Jim, Sally’s son returned home from the VA hospital to find that his mother and Anne had endured some terrible happenings in his absence.  After trying to verify that they had been in great danger, he discovered that there was probably more danger ahead.

BEVERLY STANISLAWSKI read her four-stanza blank verse poem entitled, “Reputation.” The poem told of a man who was returning to his hometown, a town that he had left after killing a man in a supposedly “fair fight.” In the man’s absence, his brother had become the “fastest gun in town.”  Needing to prove this, the poem ends with the two brothers facing off against each other, the younger brother winning.

REBECCA JUERGENS continued with two pages of her novel entitled, In Angelic Arms. In this part of her novel, Kara finds herself sitting in her home with pictures and memories of her recently deceased mother.  She becomes even more upset when she finds her father has left the house with only a few words and some money for her,” no empathy for her basic needs.”

RACHAEL THOMAS read one page from her children’s book entitled, One Kindness at a Time.  In this poetic story, she tells of Johnny heading off to his first day of school with his backpack full of new things, including his favorite blue pencil.  While at school, the teacher told of children who had no supplies and asked the children to donate some things for them.  Johnny puts in his favorite blue pencil.

KATE RYAN read three pages from her series of short stories, this story entitled, “Rough September,” a true story.  The story tells of a 20yr. old boy named Kyle, the boyfriend of her neighbor, who was killed in a senseless motorcycle accident, an accident caused by an elderly woman turning into her driveway without signaling.  The story ended with Kyle’s friend, coming home from his funeral on his motorcycle, and having his life ended in an equally senseless tragedy.

JACKIE HUPPENTHAL read two of her poems.  The first poem entitled, “February 14th,” told of chocolate truffles, lobster tails, a dozen roses, a bubble bath by candlelight… only to be enjoyed by last night’s dream.  The second poem, a free verse poem entitled, “Spring Break,” told the heartbreak of a woman who had not enjoyed her “spring break.”

DAVE WILGUS continued with his novel, The Curse is Over. In this part of his novel the Kronk children are grown adults.  Lucas is married to a girl named Mary who tries to take care of his ailing mother.  The mother dies before they can make plans for her welfare.  The story tells of the curse of the Cubs baseball team in 1935. The team lost again, this time to the Detroit Tigers.

HALEY HARDIN continued with reading three pages of her novel entitled, The Bad Habits and Dangerous Secrets.  In this part of the story, Catherine has an argument with her mother after being told that she sounded just like her father, a father who had left them several years prior.  A friend tries to console her but this ends up in an argument as well.