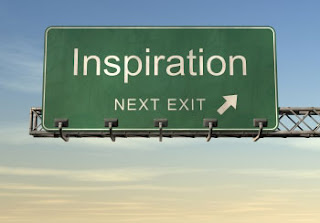 SHARON PALMERI  distributed  updated information about our new book Horizon Spectrum, including a new deadline date: April 30. Title and possible themes also discussed. Font should be Times New Roman size 12. Spacing is to be 1.5 with 1" margins. The cover will be selected from online artwork.
Sharon also distributed a handout with a rough draft about upcoming lecture/discussion topics to be held at meetings.
In addition, she also mentioned a five-week class in writing children’s books that she will be teaching at the Crown Point Library: 5 Mondays, starting April 25 – May 23  from 6:30-7:45 pm. There is no charge for the class but registration (219-663-0270) is a must. There is a strict limit of 14 students.

Book Expo America  Conference in Chicago at McCormick Place, May 11-13 for anyone interested. NOTE: REGISTER EARLY FOR A SUBSTANTIAL DISCOUNT.
Printers Row also coming up. Check their website for more information.

AMY BRAILEY read Chapter three of her story "Jon Everett and the Hall of History." Jon and his grandmother have a heart- to-heart about his responsibility for his actions and punishment he deserved.

DONNA ECKELBARGER introduced us to Wilma Inchworm and her exploits while trying to bake edible goodies for Lila, the ladybug and Charlie, the cricket
in her story, " The Lonely Inch Worm."

CAREN VON SEE presented two poems. One, "Ages and Stages" took us through the life of a person at ten year intervals until he reached 100, and "by cracky," he would live his life again. The second poem, "Inside My Eyelids," commented on some sad aspects of history and some present day politics.

BEVERLY STANISLAWSKI read of the "Swimming Swans" who formed a heart when face-to-face; her "Cowboy Wannabe" whose brain was just a little too small for his ten-gallon hat, and her "Sibling Rivalry," which told of a sister who was jealous of her sister, so she wished to have been born "an only child."

MARY ELLEN BEECHER continued with an excerpt from "Out of Control."
This part of the story dealt with a mother's concern for the whereabouts of her son and his phone call to her about some weird people he had met.

DAVE WILGUS read two separate parts of his yet-untitled work. One character, Millie, visits a burn unit where patients' conditions shock her.  In another part of his story, the main character, Chad, is asked to turn state's evidence against the people who raided Parson's, but he refuses for fear of reprisal.

HARDARSHAN VALIA transported us to India and told of an ill-fated love affair between a young couple from different caste systems. The couple commit suicide by throwing themselves on the tracks of an approaching train India's cultural clashes were brought to light when the two families tried to agree how to handle the remains of their children. 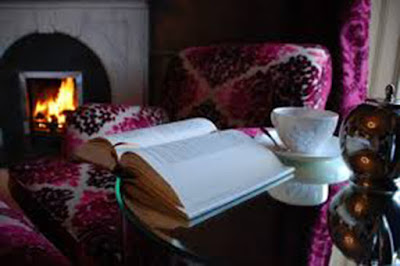 A vote of approval for the February 18, 2016 minutes was first given by BEVERLY STANISLAWSKI and seconded by RUTH ANN GRACZYK.

SHARON PALMERI told the members that KATHERINE FLOTZ was now in St. Anthony Hospital in Crown Point and was doing well.  Several of our members had been to see her and brought her gifts and cards, including two orchid plants from the club. She loved them but chastised them for spending so much on her. (Kathy is our treasurer.)  Sharon introduced our newest guests, gave an update to the members on the pending WOH book of short stories and poems.  She also passed around a sheet so that members might write down their suggestions as to a possible new title as well as theme suggestions.

ADAM SEDIA stated that he had two books coming up that could possibly be published in either March or April.   Adam also stated that he and his wife are expecting a child in September.

SHARON BUCKMAN read three pages from Chapter 7 of her sequel, Beyond the Canopy.  In this section of her novel Harold begins to realize that his father has committed a terrible crime and asks advice from his friend, Sally.  The two together decide that they should seek more evidence before going to the police.

DAVE WILGUS decided that he should make a revision in his novel, The Joshua Henderson Story.  The story now, after beginning with Cindy starting to give birth at three o’clock in the morning, takes a sudden turn and continues with Fisk’s market, just south of the Ohio Central Railroad in Stockton.  The store, which also sells gas, is run by a finicky old man, who is not happy when a car pulls up at the pumps and a young Negro man gets out.

MARY ELLEN BEECHER brought a poem, no title and no author, as well as an open letter written by her daughter to her brother.  Both the poem and the letter related to the drug problem so many people are now experiencing.  The beautifully written poem began with “I destroy homes, tear families apart – take your children, and that’s just the start.”   She also read a letter from her daughter. The letter told of how much her daughter missed the brother she knew as a child, stating, “I feel as if I already lost you and the drugs have a hold on your soul.”

GAIL GALVAN brought an excerpt taken from her book, Texting: Smash-ups, Mishaps and Laughs. The extraction began with Betty White, from the Golden Girls TV show, and a dream she had of a Christmas episode where Dorothy’s mother, Sophia, went missing.  Betty White was relating this story on Saturday Night Live and telling it as only she can with a lot of comedy.

GEORGE MIGA continued with his novel, The Spin Doctor.  In this section of his novel, George tells of Cordell Edwards, who flew over Papua New Guinea in a helicopter and saw a pile of bones and skulls arranged in a semi-circle.  The pilot explained that the position of the skulls determined his rank in the tribe.  After they cleared security and began to walk through the village, Cordell found himself needing to explain that he was not with the government but was there to make their life better.

HARDARSHAN VALIA read his beautiful two-page article entitled, “Particle in Perpetual Motion.”  This article, entered into a contest in Arizona entitled, “Learning from Nature,” concerned the revelations, or  an inner awakening, of a man in India letting loose the ashes of his father along the Ganges River amidst the Himalaya Mountains.  The man realizes the breeze delivers “the precious belongings to the open arms of the river which then, in time, like all rivers, carried them outward to the ocean, the ultimate reservoir for all belongings.”

ADAM SEDIA read his four-quatrain poem entitled, “The Winter Stars.”  This fantastic four-stanza poem tells of the “eternally unmoved and unperturbed “stars never hearing the prayer, appeal or even curse of ours.”

CAREN VON SEE read her four-page short story entitled, “The Poohbah’s Throne.”  This story, which began from an inspirational picture of a bench entered in the WOH web site, told of Grand Poohbah falling from grace due to an alluring woman of ill repute.  As he sits on his “throne of disrepute” a small child asks why he sits there.   In explaining to her, he realizes he is learning from his great failure and decides to become a teacher, sharing his knowledge.

BEVERLY STANISLAWSKI read three stanza’s of her “dorsimbra” poem that was created in memory of its Tennessee creators: Freda Beasley Doris, Robert Simonton, and Eve Braden Hatcher.  The poem entitled, “Nature’s Play,” told of a gentle rain storm, beginning and ending with, “I saw night curtain rise as sun awoke.”