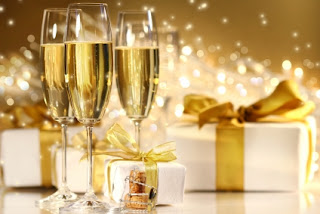 W.O.H’s 27th anniversary is open to:
W.O.H. members & all writers, plus family and friends

HIGHLIGHTS: * times are approximate
6:00 p.m. Doors open for cash bar and socializing. Also, book sales table(s) will be available. Books may be displayed, but authors will be responsible for their own sales. No table fee. We support our local authors, and hope you will as well by purchasing a book.
*7:00 p.m.: Family Style Dinner
*8:00 p.m.: Entertainment: Wolffgang vocal singing group
*8:45 p.m.:  A short five minute synopsis of the year’s events from each writers’ group in attendance. Door Prizes Drawing.
*9:00-9:30 p.m.: Gift exchange: NOTE: A new or gently used copy of one of your favorite books besides your own. (That’s what the book tables are for.) Please include your name in book as gift-giver.)
9:30 – 10 p.m.: Group, couple and individual photos. PLEASE stay until group photos have been taken.
RSVP: writeonhoosiers@comcast.net or send check (made payable to Write-On Hoosiers) to: Katherine Flotz, P.O. box 1124, Crown Point, IN 46308.    SEATING IS LIMITED. REMIT YOUR MONEY EARLY TO RESERVE YOUR SEAT! 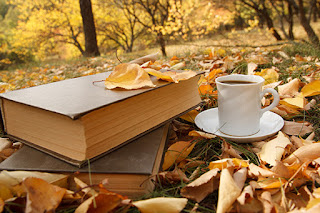 A vote of approval for the September 17, 2015 meeting was first given by PAUL MULLIGAN and seconded by KATHERINE FLOTZ.

SHARON PALMERI discussed the Christmas Banquet, which is to be held at the Lake of the Four Seasons clubhouse on Wednesday, December 2nd at 6:00 P.M., dinner beginning at 7:00 P.M.  There will be book sale from 6:00 to 7:00. A book exchange, entertainment and door prizes will follow dinner.  The fee of $30.00 for members and $35.00 will need to be in by the next meeting (Nov.5).
LITERARY NEWS:

DAVID WILGUS stated he was invited to the local authors’ fair, which will be held at the library in Laporte, IN. on November 7th.

KATHY FLOTZ stated that she has had an invitation to speak at a sorority hall in Hammond.  She will be giving further information at a later meeting.

LISA GROSZEK stated that her poetry chapbook, And They Danced, will be coming out on October 17th.

BEVERLY STANISLAWSKI mentioned she had taken first place for her poetry in a Massachusetts contest and lst place honorable mention in Ohio and Massachusetts for two other poems.

DONNA ECKELBARGER read three pages of her children’s book entitled, Millie Makes Vegetable Soup.  The illustrated book will reveal 2 ½ yr. oid Mollie, being assisted by her mother, standing on a step stool at their kitchen counter preparing the vegetables for their dinner.  The process includes various steps of naming and cleaning each one.

PAUL MULLIGAN read two of his poems.  The first poem, entitled “Rainbows at Night,” asks the question, are there rainbows at night  “Or is that imagery revealing the light of a night rainbow.”  The second poem entitled, “Start With,” asks the question of how much you are willing to part with.  The last line reveals the answer – “Just giving my best to start with.”

ADAM SEDIA read his 21 stanza poem entitled, “All Hallows’ Eve.”  This amazing poem, which has been accepted for publishing by the Indiana Voice Journal, is certainly adequately named as it tells of the piercing screams of the “ cursed and restless dead.”

BOB PHILPOT continued with his novel, Strange Friends, by reading four pages of Chapter 7, entitled “The Wren.” This part of the novel began as Zeb watched a small Cactus Wren coming out of its nest and devouring a small beetle.  After making a coded secured phone call, which implied something had been stolen, or possibly the death of an important person, he wondered if he was to be the beetle or the wren this time.

KATHERINE FLOTZ brought her one page explanation of her book, A Pebble In My Shoe.  This page tells of the loss of her parents and her life as a child in Gakowa (the former Yugoslavia) beginning in 1944 and the hardships she endured in a concentration camp as an “enemy of the state.” This summary is given out to the various people who attend her speaking engagements and also tells of how she and her husband, George, came to America.

LISA GROSZEK continued with the fourth section of her short story entitled, “Becoming Memorable.” In this part of her story she tells of the questionable “camera” being taken out of its box to take pictures of the proud mother and her first child.  As the father takes the picture of the sleeping mother, she suddenly awakens and begins telling of a strange dream concerning the camera.

BEVERLY STANISLAWSKI read her 14 line sonnet entitled, “Waltzing with Leaves,” which gives a beautiful interpretation of falling leaves in the autumn as they seem to find “a waltz to be their favorite style.”

DAVE WILGUS continued with his novel, The Joshua Henderson Story. In this part of the novel, which takes place in rural central Ohio in 1965, Chad has been arrested for his part in a Klu Klux Klan rally.  The father of the family they had rallied against suffered severe burns of his hands.  After his arrest, Chad is told that his three weeks old child might possibly be suffering a severe problem with his liver.

NEIL BEDEKER continued with Chapter 7 of his novel, An Early Retirement.  After losing his teaching position, Mitch finds himself standing on the front porch of the house now owned by his ex-wife.  After finally gaining entrance, he explains he needs to get his good suit while he looks for a new job in Florida. After leaving through the garage, he “accidently” knocks a bag of dirt into his ex-wife’s boyfriend’s car.