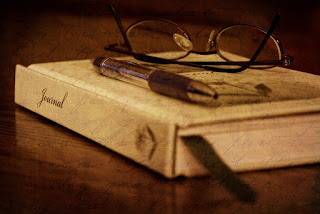 A vote of approval for the February 4, 2016 minutes was first given by MARY ELLEN BEECHER and seconded by GEORGE MIGA.

SHARON PALMERI announced that there would be a slight change in our meeting days for March. The March 3rd meeting would be the regular time, the first Thursday of the month.  The second meeting will be on March 24th, the fourth Thursday since the library had no vacant rooms for us on March 17th.  Sharon also shared handouts to the members on Self-Critique Guidelines for Fiction, Non-Fiction and Memoir writers, as well as a handout on suggestions for authors and critiquers.  She also mentioned that members should periodically check the WOH Facebook public page for special events or any upcoming contests.

SHARON PALMERI received an e-mail from the daughter of KATHERINE FLOTZ our treasurer, had surgery that day and it was discovered that she has cancer.  She is presently at the University of Chicago and will go to St. Anthony’s rehab in Crown Point.  Sharon asked that members pray for her speedy recovery.

GAIL GALVAN, one of our members who has written and published approximately 14 books since 1999, was our speaker for the evening.  Gail first mentioned how she managed to get so many of her books published and how inexpensive the process is now, especially if the author formats his or her own book.

MARJORIE PETERSON, who has also self-published her books, added that if one does not want to use a Create Space ISBN number, she suggested that individual ISPN numbers could be purchased through Bowker.com.

SHARON PALMERI asked the members if they would be interested in submitting a short story for a book of short stories to be submitted by Write On Hoosiers.  Sharon and Beverly Stanislawski would select and proof entries, which would then be submitted to Gail Galvan for layout and publishing.  Most all of the members thought they would like to participate. Sharon questioned if members wished to change the title of the book to something other than Hoosier Horizon.  If members have an idea for a new name, they are to submit it through e-mail, or bring ideas to the March 3rd meeting.

GEORGE MIGA read four pages of his newest novel, The Spin Doctor.  The first three pages began with the prologue.  It told of a Russian built helicopter landing with Dr. Foud Al-Assaf as the only passenger and being met by four bearded men dressed in fatigues and a visitor named Al-Qadar, known as the most dangerous terrorist in the world.  The purpose of the meeting was to be a discussion on how to kidnap a former American President.

ADAM SEDIA read several pages of his legal writing on an “Appellate Brief.”  In the brief he discussed the process of an appeal and stated that it was not, as a number of people believe, the do-over of a trial but the request to a higher court to correct an error in what the trial court did.  He wrote that an appeal is a right, the court of appeals has to hear all appeals, but the Supreme Court can choose what cases it hears in order to set policy.

BEVERLY STANISLAWSKI  read her three page short story entitled, “The Decision.”  The story began with Stefan standing on a bridge leading out of an Italian town.  He stood remembering how he received the terrible scar on his face from a gunshot during his days as an army volunteer.  After leaving the bridge, he went into a café where he met a beautiful woman named Maria.  After having a wonderful time talking with her he left the café, determined not to allow himself to fall in love and get hurt by what he felt was his ugly appearance.

PAUL MULLIGAN brought his four-page short story entitled, “Close to Home.”  This short story is the second of a series of short stories about consultant Adam Newberry and his lack of self-control around beautiful women.  In this story, he has another affair with a woman living down the street from him and again he is feeling very guilty.  He tries to decide whether to tell his wife.

AMY BRAILEY continued with Chapter 2 of her novel, Jon Everett and the Hall of History.  After being assigned a trip to the History Museum to learn about George Washington due to his misbehavior in class, Jon talks to his friends about how unhappy he is saying, “doesn’t he realize the only reason I even come to school is to play basketball.”

DONNA ECKELBARGER read two pages of her children's book draft entitled, Spinner-Ella.  This story, written for young children, is about an absentminded spider who had made herself a cozy web in the corner of an office where she ate and slept all day long.  When she came upon an eight-legged bug that talked to her she was shocked.  To keep from being eaten the talking bug fixed her a delicious meal; toward the end of the story Spinner-Ella discovered she was a long lost sister.

SHARON DORELLI brought her nine-stanza poem entitled “Gates.”  This beautiful, and sad, poem tells about the life of a female dog living in a gated environment where she is forced to have puppies, nurse them and love them, only to have them taken away from her in the end.

JACKIE HUPPENTHAL began with a copy of a story taken from the archives of Dear Abbey.  She later decided to send a letter to Dear Abbey concerning something she had been told over a year before by her cousin. 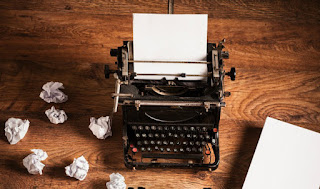 A vote for approval for the January 7, 2016 meeting was first given by MARY ELLEN BEECHER and seconded by DAVE WILGUS.

SHARON PALMERI passed out a paper to the members pertaining to a discussion on last month’s additional education sessions.  The handout contained information on topics that could be discussed at our meetings.  The basic topics included plot, theme, dialogue, point of view, creating the story, poetry, children’s writing, self-publishing pros and cons, book layout and design.  Other topics were added to the original ten, such as, legal issues and historical writing.  Several of the members have volunteered to discuss some of these topics.

RUTHANN GRACZYK announced that there would be a SCBWI Conference in Naperville from April 29th to May 1st.  Registration for the Wild, Wild Midwest Conference began on February 1st.

PAUL MULLIGAN read three pages of his short story, “A Costly Fare.”  This story, the first of a series of eight short stories, begins with middle aged Adam Newberry facing his weakness for beautiful women.   Struggling to remain faithful to his wife he meets a beautiful younger woman on a train ride into the city.  Managing to avoid running into her again he accidently runs into her at a hotel meeting with a client.

BEVERLY STANISLAWSKI read two of her romantic poems.   The first was a free verse poem entitled, “Love Song.”  This poem told of the beginning of a beautiful romance and the love that was found only to end as the vows “grew faint.”  The second poem, written in a new poetry type called Octetra, was entitled, “Dance of Love.”  This told of basically the same enduring love but in a different way, ending with, “We lost the tune that made us dance.”

DAVE WILGUS continued with his novel  entitled, The Joshua Henderson Story.  In this part of the story Chad and Cindy are taking their new son to the Cleveland Clinic.  Due to the baby’s constant crying and a previous diagnosis of jaundice they are suspecting a possible liver problem.

ADAM SEDIA read his three stanza rondeau poem entitled, “You and I.”  This beautiful poem tells of young lovers, a bride and groom, listening to a raging storm in the midnight sky , ending with, “from our embraces , never doomed to die, as you and I.”

AMY BRAILEY read the first two pages of her novel, Jon Everett and the Hall of History. The story begins with Jon falling asleep in his history class.  He is suddenly awakened as his head hits his desk and his friend, sitting next to him, begins to laugh.  Mr Everett, his teacher, asks him to stay after class.  After receiving a not so smart answer from his student the teacher assigns him some special homework for the weekend.

MARY ELLEN BEECHER continued with three pages of her memoir, Out of Control.  In this part of her memoir she tells of another problem she is having with her son.  After buying her son a car so she would not have to always be “driving Miss Daisy” around, she gets a phone call from her son asking her to pick him up.  Her son admitted he went with a friend to buy drugs, leaving his car at work, while his friend deserted him after taking his money.

The meeting was adjourned at 8:00 P.M