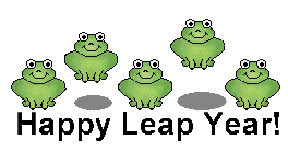 MEMBERS PRESENT:
Michelle Vargas, Sharon Palmeri, Tom Molnar, Bev Stanislawski, Jane Burns, Sharon Jesik, Julia Perkins, Lisa Groszek, Ron Trigg, Judy Whitcomb, Sandra Nantais, Art Wilkerson, Jessica Bard, Laurie Chase, Kelly Chase, Gail Galvan, Pam Gonzalez
RETURNING MEMBERS: Art Wilkerson and Jessica Bard
GUEST: Mrs. Art Wilkerson
LITERARY NEWS:
The meeting began at 6:30 P.M.. Sharon Palmeri asked members for any literary news members would like to share.
Sharon Palmeri shared an announcement sent to her by Jackie Huppenthal about a publishing opportunity in the Family Flyer magazines that come in the mail. Poems can be submitted and will sometimes be printed by them.
Donna Douglass was excited to hear that her book Manage Your Time is getting published in Japan in hardback and getting a lot of media attention. Nikkei (one of Japan’s biggest newspapers) has advertised Manage Your Time in their group's daily newspaper. It also has achieved #2 on Amazon in the business section. Congrats to her.
Lisa Groszek passed out Printer's Row Lit Fest information and shared that she plans on taking part in this and invited any that would like to do so with her to send her an email and they could do this together.
Gail Galvan told of a short story contest put on by winningwriters.com. She also passed around a print out about the contest.
Ron Trigg updated us on the progress of the entertainment lawyer. It looks like we're shooting for March or April for an open Q&A session with him.
Tom Molnar announced he has another book for sale on Amazon titled A Quick Look at Heaven
Two resources were also shared by members. They were:
1.) WINNING WRITERS (www.winningwriters.com) Resource for poets & writers.
2.) QUERYSHARK.COM which advertises "finding stuff just got a lot easier"
READINGS:
MICHELLE VARGUS read the final excerpt of “MULTITUDE OF CONVICTION”, a fictional story of the personal experiences of Lesedi and Khalif during the Exodus.
TOM MOLNAR shared a selection from his book DARK AGE MAIDEN, a medieval romance between the knight Giancarlo and the feisty maiden Carina.
BEV STANISLAWSKI read her poem, “A BIT OF VERSE”, about the process of writing poems.
JESSICA BARD also shared a poem, “I DON'T WANT TO WRITE LIMERICKS”, about discovering what she didn't want to write while thinking about things she did want to write about.
ART WILKERSON shared “BLUEBERRY ISLAND”, a poem about sweet dreams, and “A WARNING FOR CHILDREN WHO WON'T BE GOOD” a poem about, well...children who won't be good :-)
JANE BURNS continued her novel, ATALANTA, about a girl abandoned at birth and raised by a bear until the age of seven. This reading finds Atalanta searching for the Oracle and being introduced to hard drink.
JULIE PERKINS read a query letter she is working on for THE LEVEE, a 75,000 word novel. Several members gave input and a short discussion of query letters followed.
SHARON JESIK continued with her book, CORN DANCER, a murder mystery ghost story. In this portion, detectives Ranger and Elena trail Tafoya. Could he be the killer?
SANDRA NANTAIS read a memoir titled “RAIN, STALE BEER AND DIPPITY-DO”, about growing up idolizing her older sister, Donna.
RON TRIGG read “A STRANGER IN THE HOUSE”, from his memoir MOMENTS ON AN AFRICAN LANDSCAPE. In this chapter, Ron writes about his relationship with his elderly steward, Ben.
KELLY CHASE continued her Novel THE RING. In this episode, the Ring is now talking to our protagonist as she makes her way backstage to meet the rocker, Jesse.
LISA GROSZEK read a portion of her novel BLAZING TRUTH, a story about motherless children who are being raised by an abusive father. A visitor brings devastating news...
JUDY WHITCOMB read RYLEIGH EMMA, SUPER SLEUTH, a story written for 2nd and 3rd graders. Ryleigh and her trusty dog Gus work on breaking the mystery of her sister's missing chocolate.
GAIL GALVAN read her poem “FLASHBACK”, about her Glen Park childhood.
The meeting was adjourned at 9:00 pm, and was followed by a 15 minute after meeting rap-up discussion by a few lingering members.
Respectfully submitted:
PAMELA GONZALEZ
LISA GROSZAK also contributed to these minutes (Literary News)
Posted by Write-On Hoosiers, Inc. at Wednesday, February 22, 2012 No comments: 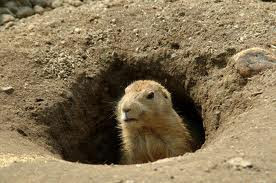 MEMBERS PRESENT:
Tom Molnar, Sharon Jesik, Lisa Groszek, Kathy Flotz, Gail Galvan, Sharon Buckman, Jackie Huppenthal, Kelly Chase, Laurie Chase, Jane Burns, Tom Spencer, Pam Gonzalez, Judy Whitcomb, Luniel Morrow, Sharon Palmeri
GUESTS PRESENT:
Debra Gutierrez, Diane Poulton (Times Reporter)
LITERARY NEWS:
The meeting began at 6:30 P.M.. Sharon Palmeri asked members for any literary news they would like to share. Sharon also brought along two magazines called, “Looking Back,” which she thought might be helpful for any of our members wanting to submit a memoir entry.
Several of our members, Laurie Chase, Lisa Groszek, Tom Molnar and Gail Galvan talked about the advantages of several different online publishers; among those mentioned were Create Space and Lightning Source.
Pam Gonzalez also asked if anyone has heard about Printer’s Row having publishers or publishing books at their 2012 June event. Perhaps more could be found here or here:
Sharon Jesik brought along a book she wanted to share by Neil Stephenson entitled, Anathem.
READINGS:
SHARON JESIK continued with her book, Corn Dancer. In this part of her novel the two detectives that are investigating the murder of Dotty, follow one of the suspects, Tafolya, who leads them to the home of another suspect, Cinda. Both suspects act suspiciously.
TOM MOLNAR read his short story entitled, Strange Tail of Forgotten Love. The story tells of a man caught in a time warp, being transferred to the year 2794. In order to get back to 2012 he must agree to have all love memories erased from his mind. The story has a humorous ending.
LISA GROSZEK read her story entitled, Blazing Truth. The story, which was based on some true facts, told of some young children being raised by their father, encountering some very harsh treatment from him. Russ, the oldest of the three, bears the brunt of his father’s anger.
GAIL GALVAN read her poem, “Tribute to a Golden Girl.” Her 58 line poem was dedicated to Betty White and told of all the wonderful things she has accomplished so far.
SHARON BUCKMAN read her synopsis of her novel, Canopy of Leaves. The synopsis, told in three paragraphs, of a young girl that had been held captive by a reclusive trapper in the hills of Kentucky.
JACKIE HUPPENTHAL read her four stanza poem entitled, “All Washed Up.” Her poem, complete with a picture of the seashore, tells of shells and other “ocean treasures” being “swept from you and me.”
KELLY CHASE continued with her novel, The Ring. Kristine’s ring does its magical powers again by enabling her to sing on stage with her idol and later being invited to his dressing room – all causing much jealously from a close friend.
LAURIE CHASE continued reading her novel, Badradin. In this part of her novel, Togalaz feels she has jeopardized the feelings of her family and community by simply defending herself in a battle to the death with Izrof.
JANE BURNS continued with her novel, Atalanta. Atalanta, who has been sent to the eastern part of Arcadia, finds herself among people she cannot understand and who cannot understand her. She has been sent by Lacheia, the woman who helped raise her, to find Oracle, her real father.
TOM SPENCER brought his dropped line poem entitled, “Spectator Owl,” which tells of today being tomorrow’s yesterday and yesterday being the stepping stones of time.
PAMELA GONZALEZ read the beginning of her children’s story entitled, “The Mystery of Mayfield Manor.” The mystery centers around Alex and his twin sister, Emily, and how they might react to a sensitive subject that would be introduced in their social studies class.
JUDITH WHITCOMB read her children’s story entitled, The Mystery. This mystery centers around a missing box of chocolates given to Kaitlyn from her boyfriend. After turning the household upside down her brother decides to turn super sleuth and begins looking for it.
The meeting was adjourned at 8:35 and then followed by a 20 min. discussion among the members.
Respectfully submitted:
SHARON BUCKMAN
Posted by Write-On Hoosiers, Inc. at Thursday, February 02, 2012 No comments: