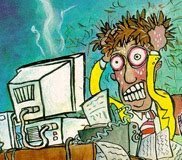 Each member took time to introduce themselves to our new member as well as stating their writing preference.

2. Sharon Buckman stated she has been a member of WOH for several years. She enjoys writing short stories and is presently working on a book.

4. Sharon Jesik is a recent member from Kansas who enjoys writing poetry and is presently working on a novel.

5. Patrick Stevens, our new guest, is a emergency medical technician who teaches nursing students and paramedics.

6. George Miga, a retiree from BP, enjoys writing and has written several novels.

7. Kelley Chase, a high school student in ROTC, is presently working on a book about pirates. She intends on someday becoming a neurologist.

8. Laurie Chase is presently working on two science fiction novels and one thriller; she also works in a group home.

10. Tom Spencer invited everyone to a Labor Day celebration at his house in Lowell, IN. Tom is known for his wonderful poetry and also writes an occasional short story.

12. Jackie Huppenthal combines her love of writing, mostly children's stories, with photography. She recently won second place in a photo contest at the Lake County Fair.

13. Kathy Flotz has already written one novel and is presently working on her second. She has been invited to be the guest speaker for the Magic Hour Writers Club.

14. Lisa Groszek is presently working on part two of her second novel. She invited everyone to the book signing of her first novel, "Lonesome Isle", at the Melabrew Cheesecake House on Aug. 28th from 2:00 to 6:00.

READINGS:
SHARON BUCKMAN read a short story, she had written several years prior, enititled "Our Guardian Angels." It was a true story told of her son's near account with death while wearing a skier's life saving belt and being caught in an upside down position in the water.

BEVERLY STANISLAWSKI read a short story entitled "Sun Spots." The very cute children's story told of a grandfather explaining to his grandaughter about a "prideful sun," and ended with the punishment being a solar eclipse.

JUDY WHITCOMB wrote a story entitled, "My Grandma is a Science Teacher." The story told of the downfalls of having a grandmother who was also a science teacher, however, it had a very happy ending when the grandaughter also discovered the up side as well.

JACKIE HUPPENTHAL, again combining her love of writing with photography, wrote a four stanza poem entitled, "Leopard Frog." The poem, written about a frog in her back yard, was accompanied with pictures.

SANDRA NANTAIS read her four stanza poem entitled, "Blue Denim Jeans." Her poem told of her love of the "well washed, well worn, " denim jeans, the love of her life.
SHARON JESIK continued with her story "Corn Dancer." The story continues with a seance given for a recently departed friend and the intrusion of an "uninvited guest," instead.

TOM SPENCER suprised us by taking a break from poetry and read a short story, "Drugstore Plowboy." The story told of the plight of a "never do well" plowboy who couldn't seem to keep a job. In the end he even botched his own suicide.

LISA GROSZEK read her continued "untitled story," of a surprise caller who she had thought died several years prior. The caller, appearing on her computer screen, set her in a panic mode and concerned her son.

KATHY FLOTZ continued with pages three and four of her newest novel, "The Journey." The story tells of the ordeal of an immigrant and her two children in search of her husband and a new home in war torn Germany after World WarII.

PATRICK STEVENS read part of his autobiography. The two pages he read concerned the death of his mother and how it had affected his family.

The meeting was adjourned at 8:45P.M. 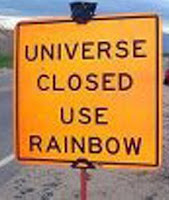 Sharon Palmeri stated that she would appreciate anyone attending the WOH Christmas Party pay in advance, if possible. The amount of $l7.50 per person will be given to the LOFS Clubhouse to help reserve the space needed for our party. Sharon also asked for members to turn in their prose and short stories (no more than five pages total) as soon as possible.

l. Laurie Chase stated she has been trying to have her niece edit her book, "Dual Heritage."

2. Kelly Chase has started doing some writing on a story for WOH.

3. Kathy Flotz hasn't been doing any writing for the moment.

4. Beverly Stanislawski has been busy vacuuming water out of her basement caused from the recent floods

5. Sharon Buckman stated she was unable to attend the last meeting due to a very busy family reunion that involved her and their cabin.

6. Kirstin Kottka announced she just recently got a job. She also stated she has been revising her novel.

7. Mary Wooley stated she has been busy working on a mystery novel.

8. Sharon Jesik stated she has been enjoying writing again and is presently working on a story that, for the moment, is nameless.

9. Sharon Palmeri has been doing a lot of writing for a class program.

10. Lisa Groszek has been busy promoting her book "Lonesome Isle."

11. Jackie Huppenthal has entered two of her poems in different contests. One poem in a children's book and the other in the League of Minn. Poets.

12. Judy Whitcomb stated she has been busy revising her weather unit.

13. John Boufis was happy to announce he has started writing again. He will read some of it this evening.

14. Tom Spencer announced he will need all of the submissions for Hoosier Horizons by the third Wed. in September.

15. Sandra Nantais has written a poem, in cascade form, which she plans on reading tonight.

Beverly Stanislawski read her newest poem, "Silent Guardian." The poem tells of a graveyard, Beverly frequently passes, with two cedar sentinels standing guard at the entrance and some of the weathered inscriptions on the headstones telling a story of their own.

Sharon Buckman read two pages from her fourth chapter of her book, "Canopy of Leaves." The story involved more of the plot of a young teenage girl trying to escape her captor.

John Boufis first read a one page synopsis and later a one page fragment of his book "Tears of the Soul." The story dwelled on the character, Andronicus, who believed he had witnessed the murder of his brother and later found him to be alive.

Laurie Chase read the prologue of her fantasy novel, "Dual Heritage." The book, which might have a title change later, tells of a young Allizorn woman (name given to a future race) who has the misfortune to be half Allizorn and half human.

Kelly Chase read her delightful story, "Bloody Mary and the Pirate Queen." The story tells of a merchant ship being taken over by pirates and the request of the captain to be killed quickly. It has a surprise ending.

Sharon Jesik read her story, "Corn Dancer." It told of the death of a close friend and the suspicion of her murder. Sharon was encouraged to continue with the story and turn it into a book.

Mary Wooley told a sad story, in poetry form, called "This Long Grievous Night." The story involved the loss of a mother's last born child, as well as her other children, in a senseless war, and the agony she now had to endure.

Lisa Groszek read two pages of the sequel to her already published book, "Lonesome Aisle." The story dwelled on a young son named Mitchell and his remarkable advancement through his school years. The ending of the second page left us all wondering about the next few pages to come.

Jackie Huppenthal continued the memoir she had started a few weeks prior. The memoir was a "I Remember When," project given by WOH and told of her return from Alaska to Indiana. The memoir was told in her teenage version and enjoyed by everyone.

Tom Spencer read his four stanza poem, "Burning Books Within the Mind." The poem was beautiful, as usual, and he was advised to submit it into the Hoosier Horizon.

Judy Whitcomb read a five paragraph story called, "Epilogue." It told of the bi-annual meeting of a group of friends called the T-girls, and the missing friend that would no longer be there. Judy was also advised to continue with the story.

Sandra Nantais read her five stanza, cascade poem, called, "Ode to the Tee." The very cute poem told of the wonderful merits of the tee shirt.