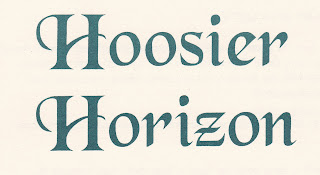 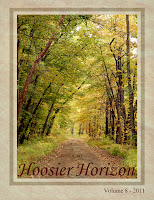 Font size is to remain 12
Spacing remains 1 1/2 with one inch margins.
The title should be 18 font, bold, with author's name centered below title in 12 font. 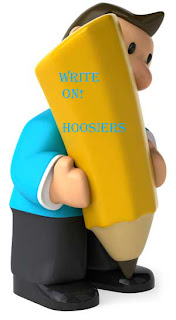 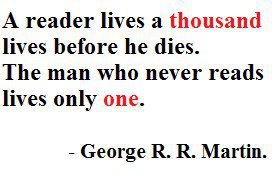 A vote of approval was asked for concerning the August 1st minutes.  NEIL BEDEKER gave the first approval which was seconded by GEORGE MIGA.

SHARON PALMERI stated that the Four Seasons Clubhouse has been secured for our Write On Hoosier Christmas party.  Sharon also stated that due to the unavailability of the date for the first Wednesday of December, the Christmas party will be on the first Thursday (Dec. 6).  Submissions for our yearly magazine were also mentioned, as well as the photo contest for our cover.

JEAN RATTAY, our newest guest, stated she had previously attended SHARON PALMERI’S writing class as well as attending a few Write On Hoosier meetings.  She brought a few copies of her newly published book, TheKirkfield Heiress with her.

GAIL GALVAN brought along her newly printed business cards introducing her audio poetry and songs.  She also stated the Chicago Writers Conference would be held from September 14th to the 16th and must be paid for by August 31st.

BEVERLY STANISLAWSKI stated she had received honorable mention from an Ohio poetry contest she had entered.

TOM SPENCER stated that anyone wishing to attend a meeting of the Northwest Indiana Poetry Society at the Lowell Library, could do so on the third Saturday of each month.  He also stated they would be having a Country and Western writer as a guest this coming Saturday.

BEVERLY STANISLAWSKI read her humorous short story entitled ,”A Friendly Card Game.” A Friday night card game ended badly when a woman made a stupid play, causing her partner to accidently drop his cigar into her famous shrimp dip.

GEORGE MIGA continued with his newest novel, “Ariela - Lioness of God.”  After crawling out of the trench, which was dug for the executed prisoners of the Bergen-Belsen prison camp, a young girl is found and helped by a woman named Chaya.  Chaya gave her the name of Ariela, since she could not remember her own name.  Her name was Anne Frank and this is a fictitious story of what could have happened to this gifted child if her life had not been shortened.

DONNA DOUGLASS read her short story entitled, “Rage and Resistance.”  Her story takes place in the fall of 1969 at the Indiana University where she was a student; it tells of the rage of a large percentage of the students against the Vietnam War and leaves Donna trying to separate her own emotions.

JANE BURNS continued with Chapter 7 of her novel,  Atalanta.  In this part of her novel, entitled  “All Acts of Love and Pleasure,” Atalanta enters her hut to find her roommate going through her personal possessions.  After a short battle, with Atalanta pinning her to the floor, the roommate later apologized and they both began to laugh.

TOM SPENCER received a lot of praise for his nine stanza poem entitled, “Punctuation Station.”  Turning punctuations into living things Tom explains their purpose,  and ends with “when e e Cummings has his way they will all retire.”

GAIL GALVAN read a poem from one of her novels, Autoimmunity Counterattack: A Sequel.  This part of her novel relates back to a friend she encountered while on a cross-country bicycle trip with eleven other adventure bicyclists, one of them an Australian, and is entitled  “Awesome Aussie Storyteller.”

NEIL BEDEKER continued with his novel,  Dark Hearts, White City.  In his continuation of  chapter 5, “Opportunity For Evil,” which takes place during the 1893 World’s Fair in Chicago, tells of how easy it was for a young man, Herman Mudgett, to take advantage of naïve young women during this time.

TOM MOLNAR read two pages from his novel, Christianity, the Challenge of a Changing World.  This part of his novel tells how TV, and other multi-media items such as cell phones, iPods and video games, are influencing our beliefs.

RON TRIGG read four pages from his memoir, Moments on an African Landscape.  This part of his memoir is entitled “Heartless Highways” and takes place in Nigeria during l984 – l986, when he relates a story of his travel along a Nigerian highway and the risks it encounters.

JULIE PERKINS continued with her short story entitled, “One Night Stand.”  After being left alone without enough money to pay for a motel, a pregnant woman encounters a prostitute who offers her a room for the night.

MIKE MUSAK brought his newest screenplay entitled, “Randy Moves.”  After assigning the two speaking parts to two of our members, the play tells of a young female lawyer offering to help one of her clients by promising to feed his pets while he is gone.  The story takes an interesting turn when she cannot find the pets she is supposed to feed.

MICHELLE VARGAS  offered to read  her piece at the September 5th meeting due to time constraints.

The meeting was adjourned at 9:10 P.M.
Respectfully submitted: 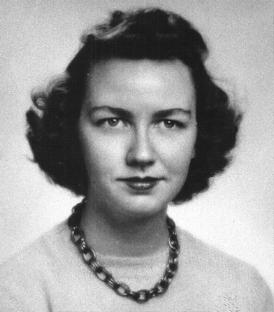 Notable work(s)
Wise Blood,
The Violent Bear It Away,
A Good Man Is Hard To Find 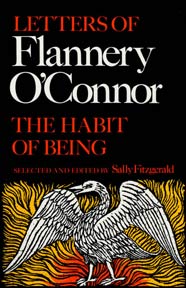 The Habit of Being
“There is something in us, as storytellers and as listeners to stories, that demands the redemptive act, that demands that what falls at least be offered the chance to be restored. The reader of today looks for this motion, and rightly so, but what he has forgotten is the cost of it….” 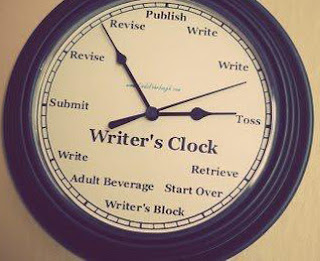 "Don't tell me the moon is shining; show me the glint of light on broken glass."

The minutes for the July 18th meeting was first approved by TOM SPENCER and seconded by GAIL GALVAN.

KATHY FLOTZ stated she and her husband, George, would be giving several more speaking engagements concerning her book,  Pebble In My Shoe.  The first three, in September, would be at several different faith churches in Wisconsin and another at the Del Webb Retirement Community on September 7th.

GAIL GALVAN stated she seemed to be having a hard time trying to do an E-book on HTML.

JULIE PERKINS stated that she might possibly try doing a revision in original Word Document and then converting it into HTML.

TOM SPENCER announced that as the new President of the Indiana State Poetry Club he will be editing the newsletter.   The price for anyone wanting to purchase a year’s subscription would be $18.00.

SHARON BUCKMAN read a three page memoir concerning her husband.  The memoir, entitled “Old Mac,” told of her husband’s younger years when he was sent to Missouri for the summer to live with an older man named Mac.  He ended up returning for several  more summers, giving credit to this old man  for turning his life around.

KATHERINE FLOTZ continued with her novel, The Journey.  This part of the novel  dwells on the letters of excitement  from Michael  to his family after finding they are living in the United States.  The man who sponsored his family coming to America begins paperwork to sponsor him as well.

GAIL GALVAN wrote (and sang) her newest rendition of “A Change of Hearts: Rappin’ Rabbits Song.”  Her rappin’ song is the song that was composed by the gangster rabbits from Chicago who have big plans to go to the New Jack Rabbit City where the water will supposedly make them “sprout up like Jack and the Beanstalk.”

GEORGE MIGA read the beginning of his newest novel  Ariela – Lioness of God.  The novel begins at the Bergen-Belsen Concentration Camp in Northern Germany  with a young girl crawling out of a trench where she was left for dead.  She manages to crawl, unseen, to a shed where a woman named Chaya tries to help her.

MICHELLE VARGAS continued with her novel,  Striving After Wind.  This part of her novel, which takes place near a gun club in Tolleston, Ind., tells of Tabitha meeting Adam Connelly, someone she’d had a crush on years prior, after he followed her into a shed that had been converted into an icehouse. This was the place where she butchered some of the meat for the gun club.”

JANE BURNS continued Chapter 7, “All Acts of Love and Pleasure,” Part ll of her novel, Atalanta.  This part of her novel dwells on Atalanta trying to master shooting with a bow and arrow, part of the initiation to belong to the Cult of Artemis, a sisterhood she found seven years after leaving home.

TOM SPENCER brought his eight stanza poem entitled, “A Noctambulist’s Question.”  The poem relates to the question of our nightly dreams by stating in one stanza, “What use, these apparitions, nocturnal visitors, Un-invited guests, phantoms of the night?

LAURIE CHASE began reading from Chapter 10 of her novel, Badradin.  This part of her novel told of the investigation by the Security Chief of the previous disturbance involving two guards and Dr. Togalaz.  The guards were very unhappy when finding out the scene had been recorded.

BEVERLY STANISLAWSKI read her four stanza poem, “Framed.” Her poem, written in a western theme as requested for a particular contest, tells of a barroom shootout.  The shootout ended with the killing of an unintended victim committed by the man who was the intended victim.

JULIE PERKINS read four pages of the first part of her short story entitled, “One Night Stand.” The story tells of an unfortunate situation a young pregnant woman finds herself in; she cannot come up with the necessary funds to spend the night in a motel.
The meeting was adjourned at 9:05 P.M. 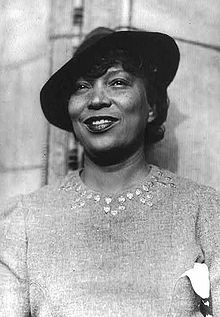 A novelist, folklorist, and anthropologist, Zora Neale Hurston was the prototypical authority on black culture from the Harlem Renaissance. In this artistic movement of the 1920s black artists moved from traditional dialectical works and imitation of white writers to explore their own culture and affirm pride in their race. Zora Neale Hurston pursued this objective by combining literature with anthropology….  The year 1937 saw the publication of what is considered Hurston's greatest novel Their Eyes Watching God.
Read more at: http://www.lkwdpl.org/wihohio/hurs-zor.htm 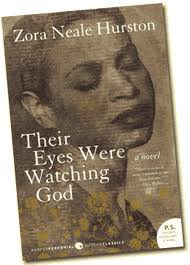 Hurston's work slid into obscurity for decades, for a number of cultural and political reasons:

Many readers objected to the representation of African American dialect in Hurston's novels, given the racially charged history of dialect fiction in American literature. Her stylistic choices in terms of dialogue were influenced by her academic experiences. Thinking like a folklorist, Hurston strove to represent speech patterns of the period which she documented through ethnographic research.
Read more at: http://en.wikipedia.org/wiki/Zora_Neale_Hurston 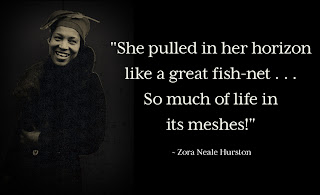 “There is a basin in the mind where words float around on thought and thought on sound and sight. Then there is a depth of thought untouched by words, and deeper still a gulf of formless feelings untouched by thought.”
― Zora Neale Hurston, Their Eyes Were Watching God