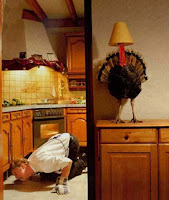 Have a wonderful Thanksgiving!

SHARON DORELLI stated that she just became a grandmother again, her first son’s first child. The grandchild was a girl they named Margo Alise.

NEIL BEDEKER talked about his coming book signing at the Cat’s Tale Bookstore. The bookstore is on Rt. 30 in Schererville and the book signing will be from 11:00 to 2:00 on Sat. Nov. 19th concerning his book “The Cassidy POSSE.”

DONNA DOUGLASS, who had previously had written and published a book entitled “Manage Your Time, Work, Yourself,” signed for the rights to be published in Japan. She was also asked to do a business book for women.

GAIL GALVAN, presently working on a poem, has also been redoing the cover and epilogue of one of her books entitled “A Nonviable Option Suicide? Not.” Gail has had “at least” twelve published books.

GEORGE MIGA is still working on his book, “Medal of Dishonor,” as well as a new novel which is based on a true story concerning his aunt. This novel involves a lot of research about the 1920’s.

JANE BURNS stated she has reached the half way point in editing her novel, “Atalanta.”

CAROL CASTANEDA stated she has been busy re-arranging all of her writings.

PAMELA GONZALEZ was forced to buy a new laptop after her old one broke down, causing the loss of all her previous digital graphics work.

BEVERLY STANISLAWSKI has been busy revising and editing some of her poems as well as helping an ill neighbor.

SHARON BUCKMAN stated she was recently able to attend the taping of the Rosie O’Donnell show which featured Jane Fonda as the guest speaker.

SHARON PALMERI wanted to encourage all the members to go on our blog site. Sharon recently added more pictures as well as information about the members taken from each members bio. Sharon also stated the new Hoosier Horizon books “came out perfect.” She reminded those attending the Christmas Party about the gift exchange – that is: if they wanted to participate in it, to bring a non-gender gift.

GEORGE MIGA read a part of the transcript involving his book, “Medal of Dishonor.” The transcript took place in a military hospital room and involved a patient, Cordell Jackson, and his physician. The transcript hopefully will later prove that Cordell deserves to be the recipient of The Medal of Honor following the bravery he displayed during the Battle of the Bulge.

MICHELLE VARGAS continued with her story, “A Most Vehement Flame.” This part of the story continued in 1946 and told of a special “gift” belonging to a boy named Melvin, involving an aura of light that only Jesse could see, which changed the outcome of whatever Melvin desired.

DONNA DOUGLASS read her memoir of a long ago Christmas which involved 22 family members coming to her house and staying for four days. The memoir entitled, “A Modern Family Christmas,” told of all the things that can go wrong when you have that many people for that period of time.

JANE BURNS read Chapter 4 entitled, “By My Mother’s Blessing,” from her book “Atalanta.” The story continued with the young seven year old girl, Atalanta, being captured by some hunters and taken back to their village after she had previously lived in the wild all of her life. After she had been taken in by a local midwife to raise, the midwife found her to be a very destructive child.

SHARON BUCKMAN read her one page story entitled “Joys of Writing.” The story told of the complications of writing when you have an “old relic” for a computer.

TOM SPENCER brought his four stanza poem entitled, “Sonata of Thanksgiving.” The poem related to the beautiful comparison of a Thanksgiving meal to a sonata.

BEVERLY STANISLAWSKI read her three stanza poem entitled “Soldiers of the Corn.” The poem compared a field of corn to soldiers standing at attention during field maneuvers.

NEIL BEDEKER continued with his story, “Dark Heart – White City.” The story, taking place in Chicago one year before the World’s Fair in 1893, told of the friction between the Chicago police department and the 2500 top security men called the Columbian Guards.

SHARON DORELLI read her four stanza poem entitled “Abandoned.” The poem tells of mankind, “trapped in the maze of adulthood,” after they believe their “Creator has long since gone.

ANONYMOUS G.G. read her poem “Life Jacket.” The poem, dedicated to Al-anon, Serenity, and Lost Potential, told of people living in crisis learning to take one day at a time. A beautiful poem entitled: An Afternoon at the Tippecanoe, was also read by her.

To add a little "flavor" to our minutes we have added a cookie recipe since so many people liked Sharon Buckman's cookies. You never know...we may be adding more favorite cookie recipes next year -- who knows....

1 can of Eagle Brand condensed milk

After butter melts sprinkle crumbs evenly over bottom of pan with

butter. Follow same procedure with rest of ingredients and ending

with pouring Eagle Brand over the top. Bake l/2 hr. at 350 degrees.

Posted by Write-On Hoosiers, Inc. at Thursday, November 17, 2011 No comments: 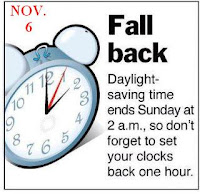 SHARON DORELLI stated that she will probably be out of work in two months, forced retirement.

PAM GONZALEZ said she is back to work after her one week vacation, out of all the things she enjoyed the most was getting to visit with her grandkids.

CHARLOTTE BRISLEN stated she has been working on a short story.

NEIL BEDEKER will be doing some book signing at the Cats Tale Bookstore on Nov. 19th. The bookstore is located in Schererville on Rt. 30.

RON TRIGG is still working on his African project and is also getting ready to make a trip to New Orleans.

TOM SPENCER has just returned from McCormick’s Creek State Park where he attended an Indiana State Poetry Meeting. We learned that our very talented member received 14 awards for his poetry. Tom stated that next year’s meeting will be at the Turkey Run State Park.

JANE BURNS stated that she is still busy editing chapters 7 & 8 of her novel but due to a bad cold has not been able to do much else.

SHARON JESIK stated she has enjoyed a GOOD two weeks of writing. She decided it was necessary to change the name of one of the leading characters in her novel, she was afraid it was too confusing.

GEORGE MIGA, after welcoming an old friend, Carol Castaneda, told us though still working on his novel, “Medal of Dishonor,” he has decided to start another concerning a deceased aunt.

GAIL GALVAN told us she has recently moved to Valparaiso from Kewanna; since this will make her much closer she will be able to attend many more meetings. She is also working on another book and Is presently the author of “around 12 or so,” mostly online publications.

TOM MOLNAR, after recently returning from a trip to Italy, has been working on a short story concerning his trip. He also stated he could not believe the weather since his return, he is still getting tomatoes out of his garden.

CAROL CASTANEDA stated she just recently returned from a trip to North Carolina where she was able to visit the Biltmore Mansion.

LIZ WILSON just recently found out she took ninth place in the Writer’s Digest for her short story, “Hindsight.”

BEVERLY STANISLAWSKI, who also recently returned from the Indiana State Poetry Meeting, stated she had taken third place for one of her poems, as well as honorable mention and two reserves.

SHARON BUCKMAN stated she has worked on a short story entitled “The Joys of Writing,” however, the title is misleading since it concerns her computer problems.

MIKE MUSAK stated he has plans to attend the Bears game in New Orleans – his previous plans to do this had been taken away due to hurricane Katrina several years prior.

SHARON PALMERI mentioned a bookstore in Naperville named Anderson Bookshop and suggested that published authors consider contacting them for a book signing. She also stated that she has been busy working on the layout of this year’s Hoosier Horizon magazine. Fortunately, the “high tech” drama in her life has eased up since she had her motherboard and graphics card was replaced on her computer, and her ailing TV (sent to the TV cemetery) was replaced by a new flat screen type. Now all is well in Palmeriland.

CAROL CASTANEDA read two pages of her story, “Consequences.” The story concerned two young girls on their first day of returning to school. The friendship rekindled after they returned home to one of their houses, causing the envy of the less fortunate girl.

TOM MOLNAR read about his recent trip to Italy in a story entitled “A Restaurant in Roma.” The story told of their first dining experience in Rome at the Trattoria Scavolino. Although Tom and his wife enjoyed the experience it ended with Tom using the same words to a waiter he had been told earlier, “have patience, señor, have patience.”

SHARON JESIK continued with her novel, Corn Dancer. In this part of her novel the two homicide detectives decide to visit one of the suspects involved in Doty’s murder. The suspect seems to shake them up by seeming to know what they were thinking; they left the interview feeling very insecure.

TOM SPENCER brought his four stanza poem entitled “The Common Cold.” The poem told of the consequences of the common cold with the letters at the beginning of each line reading, “Virus Or Pathogen Abound.”

NEIL BEDEKER read the beginning of his newest novel, Dark Heart – White City, a sequel to his previous novel, “The Cassidy Posse.” The story takes place in Chicago in 1892, prior to the World’s Fair, and involving the planning needed by the police department for public security.

DONNA DOUGLASS read a part of her college memoir entitled, “As Clear As Black & White.” After becoming involved in a racial incident in her dorm, Donna later realizes that she had possibly been betrayed by a close friend.

CHARLOTTE BRISLEN read her childhood memoir entitled, “The Little White Cottage.” Charlotte told of remembering how much the family cottage, built in 1935 by her grandfather, meant to her and her family, later to be sold after the breakup of her parents.

SHARON DORELLI read her eight stanza poem entitled, “The Creator.” The poem told of the possible experiment of man’s creation and the possible ending, not designed.

BEVERLY STANISLAWSKI, with sound effects in hand, read her seven stanza poem entitled, “Bubble Wrap.” The poem relates to the amusement that can be caused with bubble wrap.

RON TRIGG read his delightful short story entitled, “Calling on the Cousins.” The story tells of visiting his elderly cousins in a small Illinois town called Casey. His cousin, Winnie and her husband of 70 yrs., Dennie, revealed their simple and happy lifestyle.

LIZ WILSON continued with chapter one of her novel, The Grindylow. Kelsey, trying to escape from her attacker, revealed her claw hands, causing him to kick her backwards out of the car onto a country snowy road in the middle of nowhere.

MIKE MUSAK brought his comical screenplay entitled, “Driving.” Several of the members were given parts to read which told of a couple driving to a party to watch the Super Bowl. The husband, after no longer being able to stand his wife’s slow driving, takes over only to be pulled over by a traffic cop, delaying the trip even longer.

Posted by Write-On Hoosiers, Inc. at Saturday, November 05, 2011 No comments: