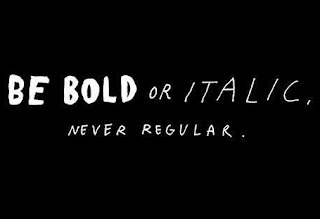 OLD BUSINESS:
A vote of approval was given concerning the January 2, 2013 minutes, first by Beverly Stanislawski and seconded by Ron Trigg.

NEW BUSINESS:
We will be temporarily losing one of our members, Kelly Chase, who has already enlisted in the Navy.  A going away party is planned for her on February 9th – Good luck Kelly.

KATHY FLOTZ announced she has been continuing to do quite well in the sales of her book, “Pebble In My Shoe,” she already has five speaking engagements lined up for this year.  Kathy also recommended the book, “Sara’s Key.”  The book contains information concerning the Jewish people that were taken away from France during the Second World War.

SHARON PALMERI announced that she has invited journalist Kevin Bradley to attend one of our meetings – he answered in the affirmative.

MICHELLE VARGAS read four pages of her novel, Striving After Wind.  This part of the story began with an attack on Tabitha by one of her old Clarke Station customers named John.  The attack was interrupted by her old friend Adam and ended with a romantic kiss, reminiscent of the old days.

DONNA DOUGLASS continued with the last four pages of her memoir entitled, “Eine Natcht In Munchen.” The memoir told of her ordeal in Munich, Germany after finding herself locked out of the hotel where she and her daughter were staying and being forced to spend the night on the stairway.  Terrified that something dreadful had happened to her daughter, the story ended happily.

KELLY CHASE read two additional pages of her short story, “Stormy Night.”  After letting a rather disheveled and wet woman into her home and offering her the guest bedroom for the night, Jamie began to have second thoughts as weird things began to happen.

BEVERLY STANISLAWSKI read her two page short story entitled “The Decision.”  The story began with a man standing on a bridge near an Italian town, remembering how he had received the scar on his face during the war.  The scar was a constant embarrassment, causing him to avoid people.  When he met a woman named Maria in a small café he made a decision to return to the café and renew the friendship.

LAURIE CHASE continued with her novel,  Badradin, which takes place near the year 2300. After being disciplined for her role in an incident that threatened her life, Dr. Togalaz was forced to have a meeting with the ship’s psychologist.  Dr. Togalaz found herself being forced to reveal personal facts concerning her heritage.

GEORGE MIGA read four additional pages of his novel,  Medal of Dishonor. This part of his novel began with McCall’s friend, Eleanor, a managing editor for a Chicago newspaper, trying to get the facts straight concerning the possibility of the Medal of Honor going to the wrong person, a person possibly nominated due to the fact his father was a general.

JANICE BEIER read her twenty-four couplets poem entitled, “Beautiful.”  The poem related to a flower seed wanting to know “when will I be beautiful.”  Janice was advised by the members to turn the poem into an illustrated children’s book.

LIZ WILSON-COTEY read four pages of her novel, Bottomside. This part of her novel began with photographer, Zophie St. Clair, hearing a shrill sound outside her apartment window.  Looking down from her balcony she saw what looked like a small child, soon joined by other small weird looking children who found themselves being attacked by two men deciding to kill them for fun.

JULIE PERKINS continued with her novel, The Levee.  The novel takes place during the World’s Fair in 1893 and now concerns the Greer family, a father and his two sons, Charles and Arthur.  The wealthy and famous father, finding fault with his oldest son has instructed the youngest to help him at the fair, causing an upcoming problem for the two boys.

RON TRIGG read four pages of his memoir, Moments On An African Landscape.  This story, “Tears of Mourning,” takes place in South Africa, 1988 and begins with the funeral of a 23 yr. old local activist, killed by a policeman during the struggle against apartheid.  The march of the mourners turned to panic as the police showed up with tear gas and sticks to disperse them.

The meeting was adjourned at 9:15 P.M.
Respectfully submitted:
SHARON BUCKMAN 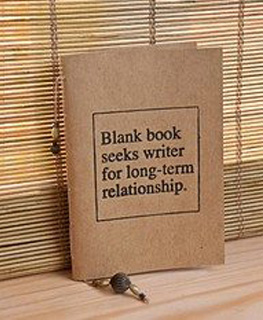 OLD BUSINESS:
A vote of approval was asked for concerning the November 7, 2012 minutes.  Jane Burns gave the first approval and Kathy Flotz gave the second approval.

NEW BUSINESS:
SHARON PALMERI After a short discussion with members about the success of the  24th anniversary WOH Christmas banquet she stated that the photos from the 2012 Christmas party had been sent to each individual member that had attended and that soon more will be posted on the blog soon. She also mentioned that she has been updating the “Members’ Book Section” on the blog.


TOM SPENCER stated that Gail Galvan is putting together a new poetry group.  The poetry group will meet at the Valparaiso library on the first Thursday of the month  at  7:30 P.M.  Tom also reminded  the group of another poetry function “Coffee House Saturdays,”  that meets at the Lowell Library on the second Saturday of each month at 6:00 p.m. in the Program Room.


GEORGE MIGA stated that he has received several inquiries concerning his newest novel about Anne Frank.  He stated that his writing has stalled while he is trying to sort through several crucial details at the beginning of the book. Several of the members suggested he try writing from either the end of the novel or the middle and work backwards since he has a grasp of the storyline.


SHARON PALMERI suggested that the members might enjoy reading two different books she brought to the meeting.  The first novel, The Age of Miracles, was written by Karen Thompson Walker.  The second was a children’s picture book  written by one of her students entitled Weenz The Cat, Nothing Will Stop Me, written by Perla Arreola.


KATHERINE FLOTZ mentioned a package she had received from journalist Kevin Bradley.  The package contained 25 issues of the Shopper’s Journal he writes for which concerned two separate articles of Katherine’s life as a 6yr. old in a concentration camp in Gakowa, Germany.  The thoughtful gift helped to promote her book, Pebble In My Shoe.


SHARON BUCKMAN read four pages of her newest novel, a sequel to  CANOPY OF LEAVES.  The story continued with Anne’s life following her capture and escape from a Kentucky backwoodsman; Anne was finally able to return to her hometown in Indiana only to find she could no longer stay there.


GEORGE MIGA continued with his novel MEDAL OF DISHONOR.  In this part of the story McCall manages to finally escape the heavy artillery barrage he faced in New Jerusalem only to face the reality of the death of Sergeant Stern, a former math teacher who helped save McCall’s life.


DONNA DOUGLASS read four pages of her short memoir entitled, “EINE NATCHT IN MUNCHEN.”  The memoir concerned a trip Donna and her daughter made to Munich, Germany, first visiting the concentration camp in Dachau and ended with Donna being locked out of her hotel, looking for a safe place to stay until her daughter returned from a dance.


KATHERINE FLOTZ read a part of the article written by Kevin Bradley concerning her life in the concentration camp in Germany and promoting her book, PEBBLE IN MY SHOE.  The article ended with how the little things they were able to hang onto helped to resolve their Christmas spirit.


RON TRIGG read a query letter written to a publisher concerning his memoir, THE ALLURING TEMPTRESS: STORIES FROM AFRICA.  The query letter related to his 25yrs. experience of government service, including diplomatic assignments to Nigeria, South Africa, Turkmenistan, Thailand, and military service in Vietnam.


JANE BURNS read four pages of the beginning of her short story entitled, “UNION LAKE.”  The beginning of her story starts with the third date of a young woman who is being taken to a rather depressed area in Detroit and ends with a slight confrontation with the waitress over her seating.


LUNEIL MORROW  read  her one page poem entitled, “LIFE YOU CAN LOVE.”  The poem summarized the things she loved the most in her life and ending with the sweet phrase, “I love that it doesn’t take much to make me happy.”


SHARON DORELLI read a short memoir entitled, “A CHILDHOOD SECRET.”  The memoir told of the traumatic experience of a young kindergartner being placed upon the teacher’s desk and paddled in front of the class for running down the hallway and the more embarrassing aftermath.


MICHELLE VARGAS read her one page short story entitled, “LOST AND FOUND.”  The story tries to tell of the possible reasons for the babies smile while it’s eyes are closed and concludes with the answer, “Daddy’s got you.”


LAURIE CHASE continued with her novel, BADRADIN.  In this part of her novel, Dr. Togalaz is taken to Porter’s office to review the incident which had threatened her life.  She was reprimanded for having taken a weapon with her the day she was accosted.  In her defense she tried to explain what it was like to be a half human and half Allizorn and why she could not show weakness.


KELLY CHASE read the first two pages of her short story entitled, “STORMY NIGHT.”  The story began with Jamie finding the body of a young woman and continued with how it related to a woman appearing on her back porch, appearing to be in need of help and nourishment.