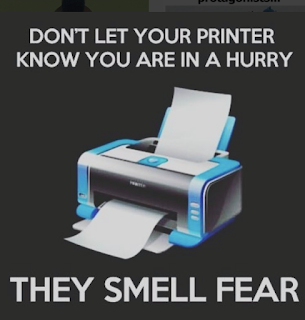 A vote of approval for the April 18, 2019, minutes was first given by RUTHANN GRACZYK and seconded by KATHERINE FLOTZ.

Gloria McMillan, author of Children of Steel is seeking fiction stories from those who grew up in a steel mill town.  Al Koch, Pete Joseph, and Hardarshan Valia will be featured in it.  Gloria is a possible future speaker for our group.

Gordon Wilder, a 90 year old author was looking for someone to help critique his story, as he has no way to and from meetings.  E-mail writeonhoosiers@comcast.net for his e-mail address.

JORDAN VERNON read Chapter 1 of her novel entitled Dull.  In this section, two detectives have a strange encounter in the basement of a murder scene.

DIOMARA FLEMING read a Preview to her comic story.  In it, she introduces her main characters Carter and Moonstone.

HARDARSHAN VALIA presented his reflection on the recent series of attacks on places of worship in the form of a poem entitled “On Sacred Grounds.”

JOHN HUNT shared a continuation of The Sparrow’s Sad Song.  In this section, Ryan is looking for Caity, who had left him.  When he discovers her, she is unconscious.  He tries to carry her to safety, and makes it to the lights before collapsing.

AMY BRAILEY read “The Box of Predictions,” a short story based on Tim Phillapart’s poem by the same name shared last week.  In it, young Timmy goes to the auction of the apothecary and purchases a Box of Predictions.

TIM PHILLIPART read four free verse poems.  The first and second were two versions of commentary on the invincibility and fear of being “Seventeen.”  “Woonsery Station” takes a whimsical look at imagination while “A Near Life Experience” looks at those times in reality when we feel the most truly alive.

MIKE RIPLEY read “A Moment on the Lake” which takes a poetic prose approach to the experience of being on the lake.  “Rhea” looks at the constancy of a waitress the customers have come to rely on to improve their mood, not realizing she carries her own struggles.  “Dites-moi” (Tell me why) personifies the experience of your children growing up and moving on.

DIANE STRATTON read “Go to the Hospital” a fun look at the experiences General Hospital has brought to her life (and her family’s) over the years.  If you’re in need of encouragement, Go to the Hospital.

RUTHANN GRACZYK shared a memoir in tribute to her cousin’s husband Bob who just passed away on April 13, 2019.  The local Memorial Service was held on Saturday, April 27, at Chapel Lawn in Schererville.  Our thoughts and prayers are with Mary Ellen (a member of Write On, Hoosiers) as she is far from home and family and now working through the start of a new season.

BOB PHILPOT read Chapter 1 Double Desert from his novel Strange Friend.  Zeb is out hunting deer when he stumbles upon a crook and a sheriff.  He is yet unseen and now has to decide how much to involve himself.

SHIRLEY VAUGHAN read Chapter 1 “Tarueus” from her novel entitled The Path of Their Existence.  In this section, which takes place in a futuristic New York, a young hacker decides to give the military something to practice on without realizing they will retaliate against perceived threats.