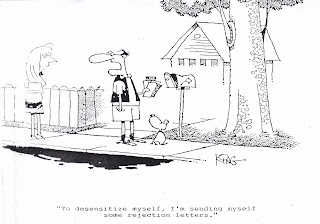 NEW BUSINESS:
A vote of approval for the August 2, 2018 minutes were given by DANIELLE JOHNSON, and seconded by TAMMY BRIETWEISER.

LITERARY NEWS:
Congratulations at in order for BEVERLY STANISLAWSKI, who won first place from the United Poet Laureates International for her Vondelet Sonnet, “Metamorphosis.” Way to go, Bev!

TIM PHILIPPART The Anthology of Wisdom published his story title, “Cud.”
GAIL GALVAN passed out two articles:
The first article, from Poets and Writers Inc., a nonprofit organization that serves creative writers. There two-fold mission is to foster the professional development of poets and writers, and promote communication throughout the literary community.
The second article is about how writers can switch from Amazon’s, Create Space, which promoted book publishing, to Amazon’s Kindle Direct, which promotes online publishing. Create Space is no longer publishing books.
Following is the recommended site for information on moving your writing from Create Space, Amazon’s paperback publishing, to Amazon’s Kindle Direct (KDP) http://justpublishingadvice.com

AMY BRAILEY read Chapter 11 from her ‘writing prompt’ series “John Everett and the Hall of History.” Through the banter of the young men bedding down for the night in their encampment, Jon discovers his associates have no inkling of any U.S. history, when he learns the date is July 4th, 1755, twenty-one years before the Declaration of Independence was written.

TIM PHILIPPART read his humorous story, “Cairn County Historical Museum,” about a gentleman’s visit to the museum, which specializes in mannequin clothing from World War 1 to just before the depression. The gentleman carries a cane but never uses it. On the second floor, they go to the barbershop where the docent gives the man a shave. In the new ballroom exhibit, they danced. The next morning, the docent discovers that the elderly gentleman left his cane behind.

TAMMY BRIETWEISER read her chapter “Robert’s Séance” about a group of eight graders, who, after reading Robert Frost’s poem, A Road Not Taken, have a literary argument in class about who narrates the poem. On the way to Simon’s house, Zara suggests they hold a séance to contact Robert Frost and request his help in resolving their argument. After Robert Frost’s joins their séance, they learn that the poem was written as a private joke for his friend, Edward Thomas.

AL KOCH read his poem, “Lookin Back,” about one’s memories—images from the past—our joys and tears, high school years, and remembering when we were kids. Memories last forever; they warm our hearts and remind us of ‘what we used to be.’

CAREN VON SEE finished reading Chapter 7 from her novel, “My Treasure Chest.” Antonio confronts Senor Abano about his lustful behavior toward Sara, and suggests, “If he wants to continue to be their architect, that Senor Abano must apologize and earn Sara’s approval. When the twins return to the hotel, they find Sara asking the desk clerk, Maria, to teach her Italian.

GAIL GALVAN read her poem, “Adventure Roll Call,” about a group of bicyclists, including Gail, who took to the road and traveled from the Pacific Coast to Florida. They travelled over 4,000 miles, sharing their journey through desert sun, sandy dunes, jukebox music in bars, lots of suntan lotion, dreamy breezes, birds, cowboys and Indians.

HARDARSHAN SINGH VALIA read two poems. The first poem “Rock of Gibraltar,” describes the brilliant image of ‘the rock.’ The second poem, “An Uninterrupted Life at the Terminal Stop,” describes the touching loss of a friend, Nebula.

DANIELLE JOHNSON read from her novel, Love and Dissidence. The family, including Nicolai and Catrina, the bride and groom, has a little fun before the nuptials are to take place. Nikolai and his groomsmen are forced to don tutus and veils; they are told to do a Can Can. Ordered by Petra, they wrap arms around each other’s shoulders and do high kicks. Everyone erupts with laughter and applause. Uncle Boris, wearing a white dress and a wedding veil. He swing open the door and says, “I’m ready for you boys.” He is both disturbing and captivating. Nicolai reads the poem he wrote for his bride.

BEVERLY STANISLAWSKI read three poems. “Mary’s Farewell,” is a about saying goodbye to a dear friend. “A Husband’s Love,” is about the loss of his wife, Mary, yet he knows they won’t be separated forever. “Metamorphosis,” is a delightful sonnet about the morph of a caterpillar into a butterfly. 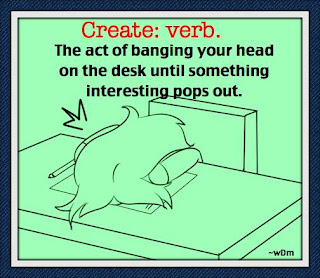 A vote of approval for the July 19, 2018 minutes were given by SHARON BUCKMAN and seconded by KATHERINE FLOTZ.

AL KOCH’S son is in the process of editing Al’s current book.

KATHERINE FLOTZ plans to speak to the members of PEA on October 4th.

TIM PHILIPPART The North Hampton Review published some of Tim’s poems and plans are in place to publish additional poems by him. He is currently writing a story, titled “When Your Pepper is Sprinkled with Salt,” and he is writing a short story, titled, “The Illinois Side of the River.”

TIM PHILIPPART read his delightful article, “Any Big Plans for the Weekend?” about how one frequently forgets what day of the week it is, and the typical queries by the various people one meets about what one plans to do on the weekend.

KATHERINE FLOTZ read a poem she wrote about anxiously awaiting the birth of her granddaughter, Marin, who will be sixteen on December 21, 2018.

AL KOCH read his humorous article “Unforced Errors,” about the numerous forms of blunders; missed shots, self-inflicted actions, incorrect choices, and errors one makes in their life. He explained that one’s mistakes, poor decisions, lack of proper preparation, and bone-headedness are more commonly referred to as stupidity.

CAREN VON SEE read from chapters six and seven from her book, My Treasure Chest. Chapter six is about the conclusion of Antonio and Angelo’s meeting at the bank where they reviewed and signed the paperwork on their inheritance. Chapter seven is about their first meeting with the architect whom they hire to complete the remodel of the estate they inherit.

TAMMY BRIETWEISER read her flash fiction article titled, “The Consequential Visit,” about unexpected visitors, including the ghost of a former boyfriend sent by Seamus. The visitors suggest that they are their because of the spell she cast four years ago about a soulmate.

BEVERLY STANISLAWSKI read two poems. “Sock It to Me” is about her search through a drawer for a missing sock. When she finds the sock, it has a great big hole. “Eyes Wide Open” is about passing on the same special love that her grandmother taught her to her own daughter.

DANIELLE JOHNSON read the prologue from her book, Love & Dissidence. The main character is typing an article for distribution titled, “The Declaration of Russian Independence” in which she shares both her love of mother Russia, as well as her grievances about the controlling regime of a Socialist government and the fabled utopia of Communism under which she lives and toils.