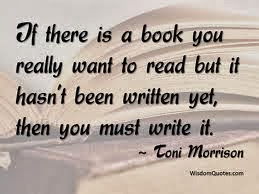 Approval of the minutes for the September 4, 2013 meeting was first approved by DONNA DOUGLASS and seconded by BEVERLY STANISLAWSKI.

MAGAZINE COVER SELECTION: After careful deliberation, a cover photo was chosen for the Hoosier Horizon magazine’s 25th anniversary edition Jackie Huppenthal’s photo of a barn at sunset photo was selected by the members who were in attendance.

DONNA DOUGLASS made a suggestion that the book exchange, which would take place at the WOH Christmas party, might also have used books (in good condition) as well as new ones.  A suggestion was also made to insert a card inside the book with the name of the person giving the book, as well as a brief description as to why they enjoyed the book.  Both suggestions received unanimous approval.

GEORGE MIGA stated that he would like to recommend the book, The Book Thief by Markus Zusak.  The book is based on a true story that took place during WWII.

NEIL BEDEKER stated that his book, Dark Hearts – White City, has possibly been accepted by Allium Press, they have asked that he send them a three chapter synopsis of the book.

SHARON BUCKMAN read three pages of her novel, Beyond the Canopy.  This part of her book began with 13 yr. old Anne receiving a caller from the police department.  The policeman informed her that they had not been able to find the body of her captor, and it might be possible that he had not drowned after all.  Beyond the Canopy is a sequel to Buckman’s first novel Canopy of Leaves.

DONNA DOUGLASS read her four page short story entitled, “Return to Eternity.”  The story began with Donna standing at the window on the 110th floor of the North Tower in the World Trade Center on Sept. 11, 2001 at 8:45 A.M.  As the first plane hit the tower she described the noise and devastation that accompanied it, denying until the end of the story that she had indeed been killed.

SUZY STUEBEN read her short story entitled, “Mrs. Walters’ Reflections.”  Her story began with Mrs. Walters returning home from a bad day at work to find that her dog, Tootsey, had been shot and killed by the next door neighbor.  The terrible neighbor stated that the dog barked too much.  Retribution for him and another “naggy” neighbor was soon received as Mrs. Walters got help from her deceased relatives.

BEVERLY STANISLAWSKI read her two stanza prose poem entitled, “A Toast to Life.” The poem began with Mr. Foggerty, an optimistic older gentleman who had one eye missing and a stump for his left leg, going into a bar saluting life with a toast to all the patrons.  After he was pushed down by a gruff younger man the other patrons came to his rescue as he again made a toast to the young man, “and all the fools who live it.”

JANE BURNS read her three stanza free verse thought provoking poem entitled, “Daddy’s Girl, the Mirror.”  The poem, a metaphor to her parents, related Daddy to the radio,  Jane to the mirror,  and Mom to the TV.

AUDREY WARZYNIAK read her four page short story entitled, “Returning Memories.”  The story tells of two women, Amy, a nurse who works at a Community Center and Maggie, an 86 year-old who resides there.  The story continues with Maggie trying to convince Amy that she should live her life now, not wait until retiring when it might be too late.

NEIL BEDEKER read the epilogue to his novel, Dark Hearts, White City.  The epilogue tells of the true story pertaining to Herman Mudgett, aka Dr. H.H. Holmes, beginning with his last day prior to his hanging for the known twenty seven murders he had committed.


Posted by Write-On Hoosiers, Inc. at Wednesday, September 25, 2013 No comments: 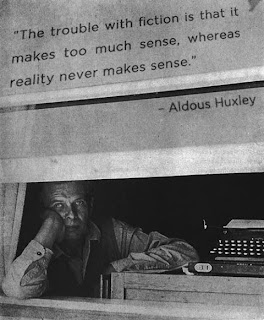 A vote of approval for the August 21st meeting was first given by DONNA DOUGLASS and seconded by JULIE PERKINS.

SHARON PALMERI mentioned that a vote of approval was given by the board members in regards to the giving books as a gift rather than a random gift exchange for the WOH Christmas Party. The “yes” response was unanimous. She also asked the members their opinion to insert each member picture in the Hoosier Horizon magazine next to their bio, and possibly their opinion as to why they enjoy writing, etc.  Sharon once again reminded members of the deadline (now past) to submit their entry if expect to see a Hoosier Horizon Magazine at the banquet.  She also reminded members about the photo contest to be held and to see the July 15th Blog entry for contest guidelines.  Lastly, she mentioned the tables that will be available for members who would like to sell books. There will be no table fee.

GAIL GALVAN mentioned that the members might be interested in going online to winningwriters.com if they are interested in trying to enter various writing contests.  She also mentioned that her book, “Affinity for Rainbows: Sunshine Finish Lines,”  is now available in paperback on Amazon.com.

SHARON PALMERI  mentioned that  the W.O.H. Blog  hundred of links of information on all genres of writing. They also have links to many writer and poet “how-to” magazines.

DONNA DOUGLASS mentioned an event at the Merrillville Brach of the Lake County Public Library where authors, including self published and print on demand can sell their books.  Registration fee is $20. And details can be found here: Lake County Library Local Authors Book Sale
READINGS:

LUNIEL MORROW read her seven stanza poem entitled, “The Chiro Experience.”  Her humorous, or maybe not so humorous, poem related to her recent experience in a chiropractors office after a leg injury.

MIKE MUSAK brought a continuation of his screenplay entitled, “Discovery.”  This part of his screenplay, various parts being read by the members,  related to the newest employee, Randi, discovering that her boss was not only cheating the insurance companies and the government but also his own company.

JANE BURNS continued with her short story, “Mercy.”  In this part of the story Deborah finds that after taking a shower she has left her clean clothes in her car.  After sending her boss, Barb, out to get them she discovers that the returned clothes are not all hers and complaining about the situation would do little good since her boss and her husband are involved in an argument.

DONNA DOUGLASS continued with her memoir “Escape From the Witch’s Mountain.”  After responding to a poster that promised an exciting job in Europe, Donna ended up with a demanding hotel owner that expected long hours for little pay and a son that stalked her.  After managing to escape from this terrible existence the hotel owner caught up to her on a cable car, telling her she was fired.

JOHN DEYOUNG continued with his novel, Team 3:16, a story which began with two policemen, friends, on a stakeout in Chicago.  After reminiscing about the beginning of their relationship where one of them, Ramsey, saves the other ones life, Frank, they realize that their stakeout is about to come to a head.

JULIE PERKINS read her four stanza poem entitled, “Ruth, Age Three – Group Photo.”  The poem concerns a young three year old girl living in an orphanage in India that Julie had encountered when she was there as an English teacher.  The girl ran away the day after the picture was taken.

GAIL GALVAN read four of her poems, “Illuminating Legacy,” a poem dedicated to Mattie Stepanek  and telling of his illuminating legacy.  The second poem, “Concentration Camper,” related to the dark days of a concentration camp.  The third poem, “Sleepy-Time Credits,” tells of poems relating to Sleepytime tea, and the fourth poem , “Silly Seagull,” ends with “I’m destined to soar and explore celestial skies.”  All of these poems can be found in Gail’s book Affinity for Rainbows: Sunshine Finish Lines.

BEVERLY STANISLAWSKI read her vondelet sonnet entitled, “Metamorphosis.”  This beautiful sonnet related to the fuzzy caterpillar trying to make her way up a willow tree and later to fly away as a beautiful butterfly.

NEIL BEDEKER continued with his story, “Incident on the Egret,” and telling of the ship’s captain falling off his boat only to be run over by the untrained fisherman as they tried to rescue him.  They later sat in a police cruiser recounting the events that led to his demise.

RON TRIGG read his two page article for the Indiana Historical Society entitled, “Tallgrass Triumph.”  The story told of Irene Herlocker-Meyer being inducted into the Indiana Conservation Hall of Fame and of the many experiences in her life that led to this occasion.