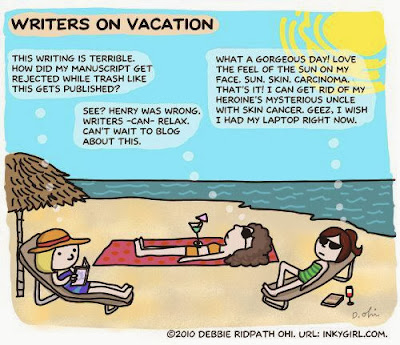 A vote of approval for the October 16th minutes was first given by BEVERLY STANISLAWSKI and was seconded by KATHY FLOTZ
NEW BUSINESS:

SHARON PALMERI mentioned that the Hoosier Horizon magazine was complete and had been sent to the printers.  She also requested that members let her know if they were planning on bringing their published books to the Christmas Party (along with the price of each book).  She needed to know ahead of time for the display.

BEVERLY STANISLAWSKI announced that she had taken six awards in the Indiana State Poetry Contest.  Bev won first place for “King of the Round,” second place for “Seascape,” “Tickled,” “The Final Battle,” and “Carnival Dreams.”  She also took third place for “Keeping Kermit Happy” as well as an Honorable Mention in the Poets and Patrons  contest for “Ballerina.”  Congrats to Bev!!!

KATHY FLOTZ mentioned the 1st Annual Local Author Book Fair at the Merrillville Branch Library on Nov. 16th from 1-4 P.M.  Authors need to pay a $20 registration fee and be on hand to sell, sign and read from their books.

DONNA DOUGLASS mentioned that there would be a free 8.1 upgrade for everyone having problems with Windows 8.

SHARON BUCKMAN read four pages of her book  Beyond the Canopy.  In this part of her sequel Anne is having a hard time adjusting to the information given to her by the police.   She was told that the man who had held her in captivity for several months, and whom she thought had drowned, might still be alive.

ARTHUR WILKERSON read “The View from the Pulpit.”  In this short story Arthur told of his experiences with his congregation over the years, trying to touch on various teachings and the time it took for each.  In the last line he stated, as he leaned across the pulpit looking at his congregation, “can we talk.”

GEORGE MIGA read the first half of his short story entitled, “The Other Man.”  The story began with a Japanese airman coming into a clearing in the New Guinea jungle where he had been living for the past twenty five years.  While looking for berries and other food he came across a hidden Japanese plane and begins to “bridge the gap” to his past.

DONNA DOUGLASS read her short story entitled, “A Background Check.”  On a visit to the ancient Castle Douglas in Scotland, Donna is confronted by Lady Moray from the 13th century.  Her revelation of “the truth” about her life is horrifying, with implications for present-day culinary fare in Scotland.

SUZY STUEBEN read notes from her novel Battle Mage. Suzy explained  the purpose  of these notes was to introduce and explain to the members the cast of characters for the upcoming novel.  The characters are given names pertaining to their position, such as Taymon the Warlock.

BEVERLY STANISLAWSKI read four stanzas of her ekphrastic poem.  The poem, entitled “Ballerina,” one of the poems in which she had won Honorable Mention in the Poets and Patrons contest, told of a dainty dancing diva who had been sketched by Degas.

JULIE PERKINS read four pages of her short story entitled, “Dead Ashley.”  The story began with a wedding that was about to take place between a very ill 19 yr. old Kyle and Marguerite, a more experienced woman who had been married twice before.  Shortly after the vows the groom ends up in the hospital with the bride crawling into bed with him, much to the dismay of her mother-in-law.

MICHELLE VARGAS read “The Power of Words,” a flash fiction about a preacher’s wife confrontation with her husband’s infidelity.

KELLY CHASE read two pages of her short story entitled, “Stolen.”  The story concerns a rather young, inexperienced girl who is being taken on a jet by an older man. This man, whom she has never met before,  is taking her to Louisiana to meet up with the director of an organization responsible for a stolen object.

MIKE MUSAK brought the end version of his screenplay, “The Plant Picnic.”  After assigning some of the acting parts to the various WOH members, the play continued with the explanation of what had become of some of the plant employees, some ending up quite well and others in prison.

Posted by Write-On Hoosiers, Inc. at Saturday, November 09, 2013 No comments: