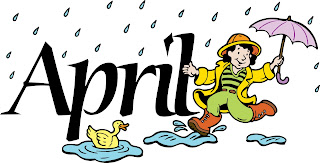 OLD BUSINESS:
A vote of approval was asked for concerning the April 3rd minutes.  BEVERLY STANISLAWSKI gave the first approval which was seconded by GEORGE MIGA.

NEW BUSINESS:
Our new guest, SUZY STUEBEN, introduced herself and stated she was from Demotte, Indiana.  She is retired from Purdue University where she was employed as an industrial designer.  She also stated she is beginning to enjoy writing children’s stories.

GAIL GALVAN sent a reminder to the members that the month of April is National Poetry Month.  Poetry month was first introduced in 1996 by the Academy of American Poets as a way to increase awareness and appreciation of poetry in the United States.

LITERARY NEWS:
NEIL BEDEKER stated that he did a book signing at the Public Library in Beecher, Ill, where he sold twenty five of his books.

DONNA DOUGLASS stated that she, MICHELLE VARGAS and JULIE PERKINS all attended the Midwest Writer’s Mini Conference at Brownsburg, IN.  She also stated it was worth the trip, she learned quite a lot.

JACKIE HUPPENTHAL brought in a copy of the April edition of the Family Flyer which published her poem "Treasure in Our Tree" along with the photograph she had taken in her front yard. The picture was of a nest of baby robins, hungrily waiting to be fed. The Family Flyer is also online and you may see her photo on page 26.

SHARON BUCKMAN stated she would like to recommend the book, Unbroken.  She read the Kindle version and said the book is a true story about Louis Zamperini, an Olympic runner, and his wartime experiences as a POW in Japan during World War II.

SHARON PALMERI discussed an article she read about  how various traditional publishers are trying to compete with POD publishers by thinking of ways to compete with them.  Sharon also stated that she believes that the one thing that traditional publishers offer to the advantage of writers is marketing. She added that self-publishers, POD,   and e-book publishing companies really  leave most of the marketing to the authors, and that authors should devise aggressive marketing strategies.

READINGS:
DONNA DOUGLASS read her six stanza poem entitled, “My Life: In 204 Syllables.”  The poem relates to Donna’s inspired program for writing her book of memoirs by sectioning each phase of her life into different colors.  The poem begins with 0-15 years as red, 16-30 years as orange, etc.

SHARON BUCKMAN read her five stanza poem entitled, “Fifty Years.”  The poem had originally been written several years prior for a close friend’s anniversary telling of the ups and downs of marriage and ending with “repeating would be fine.”

GEORGE MIGA continued with his novel, “Medal of Dishonor.”  As the story continues the present Medal of Honor recipient tells his story of how he received the medal. He admits to his deception and lies.  He admits that he didn’t deserve it and explained why it should go to the real hero who stayed there and fought back, Cordell.

SHARON DORELLI continued with her story, “The Faces of Sociopathy.”  This part of her story, called “The Preacher,” began with six-year old, Ajay Rao, and telling of his life during  1952 in Guyana, South America as a restless child with an alcoholic father and a mother who could not tame him.

BEVERLY STANISLAWSKI read her four stanza iambic poem entitled, “Framed.”  The poem began with a man found standing over another man’s body with a smokin’ gun, unable to explain that he came into the bar to find his darlin’ comin’ downstairs with another man, then to find out her other lover shot the man on the stairs, blaming it on him.

NEIL BEDEKER read two pages of his novel: Dark Hearts, White City a novel which began at the Chicago World’s Fair in 1893.  Chapter 19 “A Vigorous Workout,” began with Frederick Pentalton talking to his friend, Jacques.  Jacques inquired as to the impressive looking man, Sandow, who was busy signing autographs.  Freddy explained that he brought a great deal of money to the gymnasium and to leave him alone.

JACKIE HUPPENTHALread her four stanza quatrain poem entitled, “Wonderful Worms.” Jackie also passed around pictures her son's kindergarten class drew after listening to the poem. The poem described how the worms help the earth and are food for birds. The poem is meant to be added with a recipe in the Magic Hour Writer’s Cookbook.

MICHELLE VARGAS continued with her post civil war novel,  Striving After Wind.  In this part of her novel, Adam, wanting to take his son away from his wife and back to living with him, found that his wife was going to blackmail him by threatening to never let him see his son again.

LAURIE CHASE continued with her novel, Badradin, a novel which takes place in the year 2288.  Dr. Togalaz, remembering an incident in her childhood, begs her father not to attend the funeral of her friend, Izrof, the man she had hoped to someday marry.  After the funeral she later witnesses Izrof’s mother digging something up from his grave.

KELLY CHASE read two pages of her continued story, “Stormy Night.”  In this part of the story Jamie tries to get back into her house but is stopped by the same creature that had killed her friend, Lizzie.  In trying to fend him off she reaches for a pointed stick, plunging it through him just after his fangs pierce her neck.

SHARON PALMERI read an article “WOH and the National Poetry Month” about her White House call experience in February, 1996 to obtain an address to mail a request that the newly re-elected President proclaim April as National Poetry Month which coincided with yearly poetry events WOH sponsored. Due to the changes in WH personnel and office re-locations, the call was shuffled to various staff members, ending up with the President Clinton’s secretary, who asked her what she wished to discuss with the President -- and a time frame so she could check his calendar for availability.  Sharon explained (after initial shock) that she did not want to meet with the President, that she was the director of Write-on Hoosiers in IN, and she wished to have the office number to mail a request to the Proclamation Department. Sharon admitted that the mystery surrounding what happened to the request letter she mailed to the Department of Letters in February of 1996 was never solved, but made for an exciting adventure, and though the "request letter" was lost during a computer crash,  her attempt was documented in the WOH minutes that April. 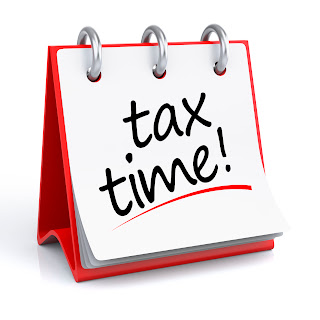 OLD BUSINESS:
A vote of approval was asked for concerning the March 20, 2013 minutes.  SHARON DORELLI gave the first approval and RON TRIGG the second.

TOM SPENCER reminded the members that this was National Poetry month.

GEORGE MIGA stated that his friend, Dean Larson, a professor at Purdue, has had a long time interest in the life of Anne Frank.  Since he realized that George is now doing research on Anne Frank in preparation for his novel, he has given George a video pertaining to her life in the Auschwitz concentration camp.  The video can possibly be obtained through book stores or library.

DONNA DOUGLASS continued with her memoirs, this story entitled, “A View from the Top.”  The story begins with her view from the top of the World Trade Center in September, 1981, and continues with her fascination of all the wonderful things Donna and her husband had encountered as the recipients of the Shearson Lehman Brothers Spring Rewards Get-Away program.

TOM SPENCER brought his seven stanza poem entitled, “The Writer’s Dream.”  The poem related to a writer falling asleep as he sat in his chair smoking a cigarette, turning the surrounding smells and smoke into part of his story.

JANE BURNS continued with Chapter 9 of her novel, Atalanta.  The story continued with the initiation of Atalanta and leading her into a dangerous situation where the rest of her “sisters” believed she was dead.

RON TRIGG continued with his book of memoirs entitled The Alluring Temptress.  This story, entitled “Dancing Fool,” told of Ron’s venture into Lesotho in 1990 to attend a music festival in a national stadium.  As the only white man in his group of friends he felt pressured to uphold his race and gain their approval, dancing as he had never danced before and injuring his knee in the process.

KATHY FLOTZ, in honor of National Poetry Month, read her Fibonacci Diamond poem entitled, “The Proposal.”  Her poem, written in the shape of a diamond, told of “life’s journey, living joyously each day, storing our memories.”

BEVERLY STANISLAWSKI read her six stanza poem entitled, “Biloxi Belle.”  Her poem, recently entered in a Mississippi poetry contest, told of a lighthouse, which presently stands in the center of a four lane highway, encountering all types of storms, including Camille and Katrina.

JULIE PERKINS continued with her story, “One Night Stand at the Hometown Inn.”  This part of her story tells of the husband’s version of events following the night he abandoned his pregnant wife on a cold January night in front of a diner.

MICHELLE VARGAS continued with her novel   Striving After Wind.  After believing she has been forgotten by her former married lover, Adam, she is forced to again work for the gun club where she had been wounded.  This part of the story has a happy ending as Adam finds her.

KELLY CHASE read two pages of her short story, “Stormy Night.”  The story begins with Jamie telling her mother on the phone that she is O.K., ignoring her mother’s warnings not to go outside.  Venturing out into the darkness she finds the body of her friend, Lizzie, lying on the ground by her feet.  The story ends with Jamie trying to get back into the house.

LAURIE CHASE continued with her novel, Badradin. In this part of her novel Dr. Togalaz enters a lounge and encounters her old friend, Larana.  Her friend brought her up to date on all the happenings in the medical ward and later, after returning to her room, began remembering the information she had deleted from her computer concerning her heritage.