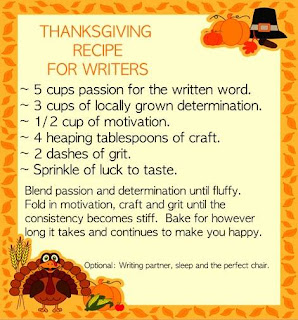 A vote of approval for the October 14, 2021 minutes was given by and Shirley Buckman and Katherine Flotz.

SHARON PALMERI announced again that the annual Christmas party for WOH would be at Pappas on December 9th, the second Thursday. Members are encouraged to bring spouses or friends. There will be no meeting at Pappas in November.

BEVERLY STANISLAWSKI announced that she had taken a second place and two honorable mentions in a poetry contest in Ohio.  Second place was for “Wolf’s Bane” and H. M. for “Cross Words” and “Salmon—Haiku”.

AMY BRAILEY continued with her novel, Jon Everett and the Hall of History, with chapter 30.  She confided that it is nearing the end, and she has already completed the story.  In this chapter, as Jon listens in, Colonel Dunbar and Washington speak after marching and fighting. It is learned that Washington estimates that “We lost between 800 and 900 men of our ranks.”  The idea is to follow “General Braddock’s plan to retreat at least as far as Wills Creek.”

SHARON PALMERI continued with her memoir.  This passage is titled “The Story of Love—and rough times.” It covers Sharon and John’s wedding, which was not an easy piece of wedding cake by any means.  Dad came late, and a mother-in-law created all kinds of tension and stress that day and thereafter.  “The honeymoon was great.  It was short because John didn’t have vacation time yet.” John gets offered a job in Australia but turns it down.  The loving couple rent a “nice little apartment in Glen Park, after moving out of a house John owned with his mother,” and Sharon gets pregnant as life moves along.

KATHERINE FLOTZ answered another question for her kids and the book they are compiling.  The question was, “How did you rebel as a child?” She stated that she, in fact, did not go through any rebellious stages in her lifetime.  She wrote, “I was grateful to have someone take care of me in those awful days of the concentration camp…I never needed to rebel against my guardians (my aunt and uncle), because they loved me and provided for me.”

SHIRLEY VAUGHAN shared some info about publishing books through three companies and the differences they offer. Draft2Digital and Kindle Direct Publishing will self-publish books for free and place on Amazon, but do not edit your works or advertise. Trilogy Christian Publishing is part of TBN Christian T.V. station. They will edit and advertise books but for a high cost. There was also a following discussion about trying to beware of scams.

SHARON BUCKMAN read a short story about a young mother trying to give herself a birthday present of a quiet evening alone when it is interrupted by a terrible storm and strangers breaking into her house.  It gets spooky for a bit and the home owner readies herself with a toy gun, until we find out that the intruders just need a place due to an emergency.  “I’m sorry we had to break into your house, but my wife is having a baby and it looks like your house if going to be where it will happen.”

BEVERLY STANISLAWSKI recited two poems:  “Bubblicious” (a man tries to show off blowing the largest bubble ever.  He does not succeed.)  Secondly, “Beware the Baba Yaga” (Baba Yaga means witch in polish) tells the tale of how children need to beware of this witch or they may never be seen again!

The Baba Yaga was what they saw

With witch’s hat and pointed jaw.

She comes around each Hallow’s eve

To try to make small ones believe.”

CINDY HORGASH shared a short story titled, “Underfoot.” Underfoot means constantly present and in one’s way as noted by Merriam-Webster.  It paints a literary heartfelt portrait of what it was like to be the youngest of three siblings, referred to as a “crazy kid,” and grow up in a “home ruled with an iron fist”. The problem was she was a “kid-size conscientious objector”. Cindy gives many humorous examples of how she got into trouble and how she tried to get out of it.  Especially by tucking food from supper into the legs of the table.  “Who knew those table legs were hollow and open-ended like  a funnel and sealed at the base with a steel button?”  Her story was submitted to Chicken Soup for the Soul. We’ll see if they are paying attention!

GAIL GALVAN read a silly poem in honor of Halloween titled, “Elviral” who happened to be a Russian spy, dressed up for the part in long shiny black hair and black attire.  She sported a long cigarette and asked for American secrets.  The spy also had a pet croc she named Croctober.

somewhat known for her fame.

Fears what she does

and all that she knows.”

The meeting was adjourned shortly before 8:30 P.M.

Posted by Write-On Hoosiers, Inc. at Saturday, November 06, 2021 No comments: