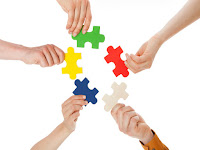 Jerry Davich was kind enough to take the time to attend our meeting on June 18th and talk with us candidly about many things: his life, school experiences, his food business, his writing jobs and his two books: Connections and Lost Gary.
The part of his talk that had the most impact on me was when he talked about doors and connections; yes, doors and connections. Not physical doors, of course (I am not a carpenter.) What he was talking about was opportunities. He talked about the doors that opened up for him, and admitted that a couple he was not sure he wanted to walk through for various reasons.  For example, he wondered if he could he do the job well enough, or if he could do justice to a topic or a job that he considered uninteresting.  Nevertheless, the doors indeed opened, and obviously, the persons hiring him believed he could do the jobs well – which he did.

He explained that we should never close any doors, because one door may connect to another, opening up new opportunities. After all, that one big dream offer we all wait for just may be the result of connections made through smaller jobs.

This made me think about writers; and how we connect all the time – whether through other writers’ groups, writing workshops, or conferences. By connecting with writers in other groups, we learn more about our writing genre, other genres, and even ourselves.

Conferences give us an opportunity to network with authors and agents who may inspire us, or offer ideas that will connect us to other individuals who may help us. Most of all, these connections make us stronger by filling in areas we do not know; and through success stories told, we gather courage to keep on writing.

I walked away from the meeting that evening with more than Jerry Davich’s books. I walked away with an important reminder: that when we, as writers or even as non-writers in our personal life, close a door because of fear, ambivalence, or another reason, opportunities are missed, experiences are lost – the connection link is broken.  And who wants a life full of broken connections? 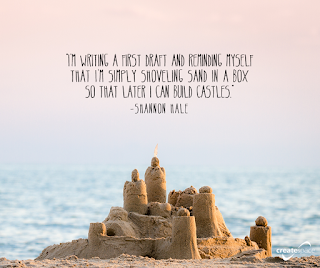 OLD BUSINESS:
Beverly Stanislawski and Sharon Palmeri gave a vote of approval for the June 4, 2015 meeting

Write On Hoosiers was privileged to have author and journalist  Jerry Davich as their guest speaker for the evening.  Mr Davich introduced himself by giving some background on himself: his childhood, school, and his food business.  He said that after leaving his food business, he began working for The Times. He began with captioning political cartoons, and then later small feature articles, most of them concerning seasonal festivals, etc. He shared some interesting stories about his writing jobs.  In 2006 Jerry went to work for the Post Tribune and was told he could write about anything that interested him. He stated that he usually writes about 1,000 to 1,500 words per day.

Mr Davich encouraged members to ask questions concerning his career and answered such questions as:  “How do you go about starting an interview” and “What is your favorite type of interview.” He answered by stating he never uses the word interview, he just likes to begin by talking to the people involved in his story.  Some of his favorite columns are written about prison inmates. He likes to write about people, and considers himself a “writing sociologist.”
The meeting was adjourned at 7:55 P.M.