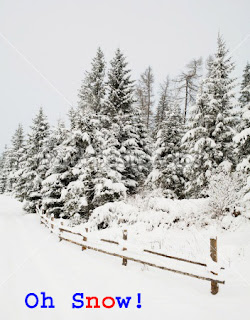 A vote of approval was asked for concerning the February 6, 2013 minutes.  LISA GROSZEK gave the first approval which was seconded by JULIE PERKINS.

MICHELLE VARGAS announced that the Midwest Writers Workshop, in Cicero, Indiana, was giving an intensive three hour mini-conference on “Getting Serious About Your Writing.” The fee is $10 and will be held on Saturday, March 16th from 9:00 to 12:00.

GAIL GALVAN mentioned that a poem she had previously written, entitled “Flashback,” was published in the Family Flyer.  She also stated that if anyone is interested in reading her novel, New Jack Rabbit City, it can be found on the internet under www.newjackrabbitcity.com.  She also mentioned that her newly founded poetry group will meet in the Valparaiso library on the first Thursday of each month from 6:30 to 7:30.  There was also a book promotion for Book Baby.com.

LISA GROSZEK brought her newly published book, Above and Below.  The book has a beautiful new cover and is the sequel  to the Lonesome Isle.  It can also be found on Amazon  and Kindle.

DONNA DOUGLASS read her short story, “Jaza’s Hair.” The true story concerned one of Donna’s ESL students from Saudi Arabia and told of the importance of keeping a woman’s hair covered at all times, never to be seen in public.

MICHELLE VARGAS continued with her novel “Striving After Wind.”  The story continued with Patrick, Victoria’s husband, finding himself in a strange building after being accidently shot at the Tolleston Gun Club.  The Gun Club officers offer him five hundred dollars for the ten acres inherited by his wife.

RON TRIGG continued with his African Memoirs in a chapter entitled, “The Roadblock.”  In the first part of this exciting story, four pages, Ron told of trying to travel along back country roads to attend a friend’s wedding.  After finally reaching a small village he encounters a roadblock and a man with a gun.

LISA GROSZEK read the first two pages of her newest novel, Spirit Heath.  The novel starts with a one hundred and eight year old man nearing death.  After leaving his body he enters the “other side” and encounters Senior Eleanor reminding him of his previous existence before entering the “human world.”

JACKIE HUPPENTHAL read two pages of her humorous short (true) story, entitled “If Your Son Begins Violin Lessons.” Her story told of all her encounters in trying to replace a broken violin string and ends with Jackie buying a new guitar, case, tuner, etc. for herself and a son who no longer wants to play the violin.

JANE BURNS read four more pages of her story entitled, “Union Lake.”  As “the woman” continues with her “not so pleasant” first date, she is asked to prove her statement that she has “perfect pitch, “ by her date.  When she takes the stage and begins to sing “Stormy Night” everyone in the restaurant is wonderfully surprised, including her date.

JULIE PERKINS read her three stanza, free verse poem entitled “Drought.” The poem told of the promise of rain coming to a parched earth and then “overflowing with emptiness.”

GAIL GALVAN read a short story entitled, “Undercover Disclosure.”  The story, taken from the TV series, Undercover Boss, tells of her heartwarming feeling while watching the various stories which concern “the boss” working undercover with his employees and eventually giving them deserving rewards, such as, monetary gifts to set up college funds for their kids, paid vacations, etc.

SHARON BUCKMAN continued with four pages of the sequel to her novel, Canopy of Leaves.  In this part of her sequel she tells of the beginning of a close relationship with Anne, the previously kidnapped teenager, and Sally, the older farm woman who takes her in.

BEVERLY STANISLAWSKI read her four page humorous short story entitled, “Rat Trap.” The story begins with Turk and Jerico, two Indians who planned to rob an old man living down the street.  The plot takes a very humorous turn when the old man surprises them with rat traps set all over the floor, being set off on Jerico’s wet soaked moccasins. 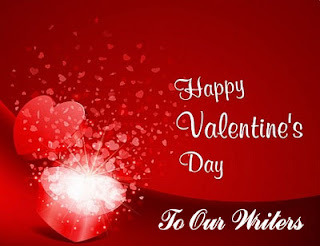 
OLD BUSINESS:A vote of approval was asked for concerning the Januray 16, 2013 minutes.  Julie Perkins gave the first approval which was seconded by Donna Douglass.


NEW BUSINESS:
TOM SPENCER mentioned that the Friends of the Library and the NWI Poetry Society were excited to co-sponsor the Coffee House Saturdays at the Lowell Library.  The event will be held from 6-9 P.M. on the second Saturday of each month, from November through March and pertains to all ages.  You can contact Tom at 696-3338 for more information.

SHARON PALMERI mentioned it had been decided that since it was the 25th anniversary of Write - On Hoosiers, all past members of WOH, as well as Sharon’s prior past writing students, would be invited to attend our annual Christmas Party.  They will also be invited to submit stories and/or poems to the Hoosier Horizon magazine but must follow the same rules and restrictions as our present members.

LAURIE CHASE gave each member a flier containing information for the upcoming going away party for her daughter, our youngest member, Kelly Chase.  The party will be held at the Bethany Chapel in Lowell on February 9th from 3 to 6 P.M.

LITERARY NEWS:
SHARON DORELLI announced that Woman’s World Magazine had accepted a recent entry she had made; it will be published in the March 4th issue.

READINGS:
KELLY CHASE continued with her short story, “Stormy Night.”  In this part of the story, Jamie, after waking up from a horrible dream concerning her “new guest,” offers the guest some of her clothes and to take her shopping with her, despite her continued suspicions.

JANE BURNS continued with four pages of her short story, “Union Lake.”  In this part of the story the young woman, on her third date with a man she hardly knows, continues to find fault with everything in the restaurant, including her date, until finally discovering the food was good and some of the music.

BEVERLY STANISLAWSKI read four pages of a short story written several years prior entitled, “The Richest Man.”  The story concerns a wealthy land owner and his servant.  The servant tries to save the soul of his master by bringing him to God.  After almost succeeding the master decides it is all nonsense and sends for the servant; the servant is found dead on his knees, praying for his master.

SHARON BUCKMAN read a poem entitled “No One Is There.”  The poem relates to a happening at her home on New Year’s Day.

DONNA DOUGLASS read four pages of her short story written during her teaching days.  The story, entitled “Jaza’s Love Story,” concerns two of her ESL students who share a tender love story only by managing to be close to one another during one school year.  The story was followed up with two pictures Donna came across on the internet the same day she read the story.

SHARON DORELLI submitted her two page story entitled, “The Connection.”  The story concerned an older silverback gorilla who had been taken captive when he was ten years old and longed to be back in the life he had in the wild.  He formed a bond with his female caretaker only to have her taken away.

JULIE PERKINS  continued with four pages of her novel entitled  The Levee.  This part of her story related to the two brothers, Charles and Arthur, finding themselves in “a house of ill repute” after leaving the crowded streets of the 1893 World’s Fair in Chicago.  They were left with the decision of returning to the house after being paid to purchase food for the “ladies.”

TOM SPENCER submitted his four stanza poem entitled, “Democratic Crime.”  The poem related to the uphill battle of the average man and ends with the statement, “The common man is never free.”

DAVE WILGUS, our newest member, read three pages of his story, “A Time to Ponder.”  The story began with a man in deep thought as he sat with a fishing pole in his hand trying to reflect how his life experiences led him to this point.

MICHELLE VARGAS continued with her novel Striving After Wind.  After discovering that Victoria, the daughter of widow Brandt, had inherited her mother’s estate, Tabitha tries to convince Victoria’s new husband that selling the land to the gun club would be in their best interest.

The meeting was adjourned at 8:55 P.M.
Respectfully submitted:
SHARON BUCKMAN

Posted by Write-On Hoosiers, Inc. at Saturday, February 09, 2013 No comments: