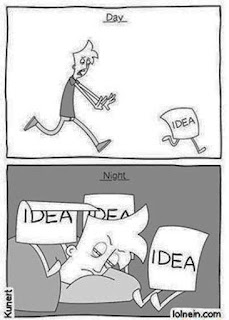 OLD BUSINESS:
A vote of approval for the April 5, 2018 minutes was first given by CAREN VON SEE and seconded by MARILYN KESSLER.

CORRI STEPHENSON introduced herself to the members by stating that she likes to write crime fiction novels, and has taken creative writing courses.

PAULA STEPHENSON introduced herself by stating that she had taken writing courses several years ago from SHARON PALMERI. She was also one of the first award winners in the Write – On Hoosiers writing contest.  She also stated that she enjoys writing novels and children’s stories.

GAIL GALVAN stated she has completed her newest novel, a children’s version of her New Jack Rabbit City, starring the Chicago Hanes book.  Gail later read some of the storyline to the members.

CORRIE STEPHENSON told of a web site she found on the internet, Fan Fiction.net, where anyone to put their own spin on any series (TV, etc.).

AMY BRAILEY told of a blog she had come across which promised a $50 top prize for the winning weekly prompt.  She believed it could be found under reedsy.com.

BEVERLY STANISLAWSKI read her four-page short story entitled, “The Richest Man.”  The story told of a wealthy landowner named Adolph Dorth and his servant, Stephen Heintzman.  The servant was determined to convert his master to Christianity.  After having a dream, he believed from an angel, which told of the richest man in the kingdom to soon meet his death, Stephen tried to warn his master. The story has a surprise ending.

TIM PHILIPPART read three of his free verse poems.  The first poem, “Confessional,” told of a young protestant boy going into a confessional to tell of his sins.  He never knew he was heard by the priest.  The second poem, “Ida Was Her Name,” told of a big white Idaho trying to escape being cooked.  The third poem, “Rocinante,” told of a man watching his female neighbor everyday as she pulled into her driveway.  Each time she needed help he felt he was unable to help her.  When her car became stuck in the snow he felt this time he could help – after helping her he went home, finally realizing he was too old for her.

CAREN VON SEE continued reading her novel, My Treasure Chest.  In this third chapter Antonio helped Sara clean out her apartment for their move to Italy.  After both had packed they flew to Rome where Antonio surprised Sara with an eight day vacation there before their marriage.

AMY BRAILEY read her two page short, unfinished, story entitled, “Escape.”  In this story, which her students will finish, Sabrina and Eloise were hanging out after school.  When trying to put on some makeup the lights suddenly went out.  While trying to find a flashlight they suddenly come back on – when turning to look at the window they see the word, RUN.

MARILYN KESSLER read her six-stanza poem entitled, “Treasure Island, Florida.”  The poem, accompanied with a beautiful picture, tells of the beauty of the island and comparing it to heaven.

GAIL GALVAN read a short synopsis of the story-line of the children’s version of her novel, “New Jack Rabbit City.”   The story tells of magic water making rabbits grow tall with frequency changes making them smart and able to talk.

CYNTHIA WILSON read her nine-stanza poem entitled, “A Child.”  The poem is a true story of a child born from a mother who was “extremely stressed” and would never be able to do all the things a normal child would be able to do.

REBECCA JUERGENS read four pages of her novel, In the Devil’s Hands.  This part of the novel begins with Teagan standing in the center of a bustling city with people bustling all around her, with no one noticing anyone.  When all of a sudden everyone stopped and looked to the sky, Teagan was the only one who saw nothing.   Soon everyone was gone.