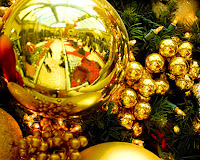 Write-On Hoosiers is celebrating
the “dawn” of our 25th anniversary


This event is open to W.O.H. members, family,
friends, and other writers’ groups
WHEN: December 4, 2013

WHERE: Lake of the Four Seasons Country Club Ballroom

6:00 p.m. Doors open for cash bar and socializing. GIFTS for EVERYONE!!  Also, book sales table(s) will be available. Books displayed by attending members. Members will be responsible for their own sales. Two book titles per person (or as space allows) No table fee.

8:45 p.m.: A short five minute synopsis of the year’s events from each writers’ group in attendance.

9 p.m.: Gift exchange (A new copy of one of your favorite books (besides yours.) Please include your name as gift giver.)

9:30 p.m.: Unveiling and distribution of the annual magazine

RSVP to: writeonhoosiers_org@yahoo.com or send check (made payable to Write-On Hoosiers) to Katherine Flotz, Treasurer, or Sharon Palmeri, President) email for details.
Posted by Write-On Hoosiers, Inc. at Thursday, August 29, 2013 No comments: 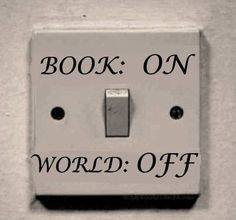 SHARON PALMERI announced that the WOH Christmas Banquet on December 4th would feature author Kate Collins as our key-note speaker.  She also stated we would now begin accepting the $25 fee per person for this event.

TOM SPENCER brought his information concerning the Labor Day parade which will begin at 9:00 A.M. and be followed with a picnic and literary games at the Spencer House, 1651 E. Commercial Ave., Lowell, Ind.

OLD BUSINESS:
A vote of approval for the August 8th meeting was first given by KATHY FLOTZ and seconded by SUZY STUEBEN.

GAIL GALVAN announced that she recently had her book,  Affinity For Rainbows: Sunshine Finish Lines, published in the Kindle edition and continues to work on the screenplay for “New Jack Rabbit City.” Gail also brought along her book, “Sneezing Seasons.”

ART WILKERSON read his delightful poem, “My Million Dollar Country Western Song.”  His lyric, read with a country western dialect, told of how the love for “his woman,” left him “locked in the county jail just waitin’ for someone to go my bail.”

MICHELLE VARGAS read the beginning of her short story entitled, “A Better Place.”  The story told of a man’s doomsday preparations for his family while being bothered by an older neighbor.  When the event actually happens he regrets not being able to help this neighbor.

DONNA DOUGLASS read “Escape From Witch Mountain.” This was a 1965 memoir of a job she took in Montana, Switzerland.  The story began with Donna escaping from the hotel where she was employed after realizing the job ( a job posted at a local college for working abroad) was nothing like the advertised pamphlet, nor was anything  going as she had imagined.

MIKE MUSAK read his short story entitled, “The Golf Match.”  His humorous story told of a golf tournament that began with two of the foursome dropping out of the hundred dollar a hole match.  This left two of the players looking for two other players to join them, unfortunately the two men they found did not play golf well.

JULIE PERKINS brought her proposed magazine how-to article on “How to Grow a Winter Garden.”  The article, (focusing on parent/children collaboration) related to the five-part structure of how to create, plan, and plant a winter garden, as well as managing the temperature and harvesting the benefits.

GAIL GALVAN read two of her poems from her book, Affinity for Rainbows: Sunshine Finish Lines.  The first poem, entitled “Party Colors,” told of the difference of two girls and ended with “It’s a forever, friendship ring.”  The second poem, entitled “A Spectrum of Feelings,” compared feelings to rain and rainbows.

LAURIE CHASE continued with her novel, Badradin.  In this section of her book, Dr. Togalaz met the Grand Advisor, Kozrol, who seemed to be caught by surprise at her beauty and agility.  He later did not want to end their workout session and mentioned a place they could all go for a drink.

NEIL BEDEKER read more of his short story, “Incident On The Egret.”  Continuing with the fishing expedition on the Egret, a boat owned by “Captain Bart.” The story tells of  bad happenings experienced as the boat begins going into rough waters.  It ends with Captain Bart going overboard and the men trying to find the life preservers for him.

KELLY CHASE reads her short story entitled, “Stolen.”  The story begins with an envelope coming in the mail stating that Ms. Hogan has been selected to receive it due to her “unique talents.”  Her instructions are to try and find a rare Egyptian artifact that has been stolen.

JANE BURNS continues with her short story, “Mercy.”  This part of the story begins with the employer of a veterinarian clinic trying to teach her employee the importance of proper sanitation, especially when dealing with Parvo, a very contagious animal disease.

TOM SPENCER brought his poem entitled, “The River Sphinx.”  The poem states, “A river is but metaphor, A quiet placid place” and ends with “Arbiters of life, Drifting on to death.”

RON TRIGG read two pages of his memoir, “A Briefs Memory.”  The story relates to when he was drafted into the Vietnam War after completing his college degree. The story tells of the ordeals he experienced standing in lines with nothing on but his underpants, or less.

SUZY STUEBEN read her descriptions of, “Hierarchy of Casters/Magic Users.”  In her three page analogy she describes the lowest to the highest level of various witches, warlocks, enchanters, and mages.  This was done to help describe differences of the various characters in her book.

JANICE BEIER read her short story entitled, “To Berlie.”  The story told of a young girl attending her grandmother’s funeral -- a grandmother she hardly knew.  After the funeral she was given a small notebook which had been left for her, the inside cover reading, “To Berlie, the granddaughter I always wanted but never knew.” 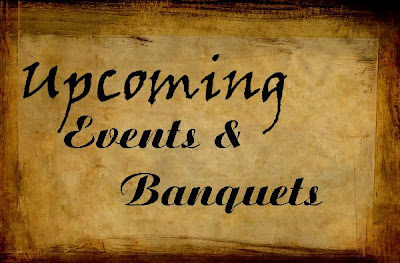