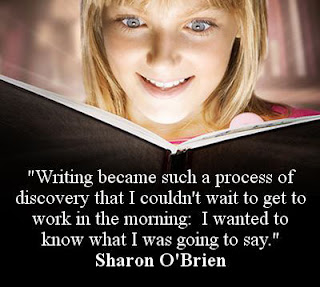 OLD BUSINESS:
A vote of approval was requested for the June 19, 2013 minutes.  First approval was given by GAIL GALVAN and seconded by DONNA DOUGLASS.

JACKIE HUPPENTHAL announced that a Local Author’s Book Fair would take place on July 20th between 10 and 2 P.M. at the Chesterton Thomas Centennial Park.  All IWC members and affiliate organizations are invited to participate.  There will also be a children’s activity table and local writing group information table with an area for IWC members and affiliate members to have book signings and sales.

TOM SPENCER stated that the IWC is announcing its 5th Annual Networking Picnic on Sat. July 27th at the Spencer House, 1651 E. Commnercial Ave. in Lowell, IN.  There will be a fee of $5 for non-members and $3 for members, children are free. No RSVP required.  The meeting will begin at 11:30 P.M. and the picnic will begin at 1:00 P.M.

GAIL GALVAN stated that her book, Sneezing Seasons, won an Honorable Mention in Five Star Publications as well as the Purple Dragon Fly Book Award contest for the Best Cover Design.  She also mentioned the free giveaway contest in Goodreads.Com.   She has entered her two latest books, New Jack Rabbit City, and Sneezing Seasons, a book about allergies and immunology.   Gail also mentioned that Chicago Writes.Org is a very good resource for writers and has a free book review program.  The cost to join is $15.

SHARON PALMERI mentioned that members interested in book marketing and promoting and are on Facebook may be interested in the Facebook  pages Writer.ly and Grammar Girl. She also mentioned that one of our affiliates “SPAN meaning Small Publishers of North America” has changed their name to SPSS, meaning The Association of Publishers for Special Sales..  She mentioned that being an affiliate meant discount member prices and encouraged members to check out their website.

BEVERLY STANISLAWSKI mentioned that there is a new TV program for writers on Sunday nights, she will try to provide further information at the next meeting.

ARTHUR WILKERSON read his six stanza poem entitled “A Vision.” His poem began with, “Father, I need a vision, a revelation, at least an outline of your expectations,” and ended with “Help me to accept what develops.”  Arthur also read a short children’s story entitled, “A Clumsy Camel,” in which the child, Jesus, was saved by an awkward camel who was traveling with Jesus and his parents to Egypt.

DONNA DOUGLASS read her two page memoir entitled, “Ker-Plunk.”  Her humorous story related to a full-time job she had taken in 1967 to replenish her college fund.  The 22yr. old Donna found herself receiving quite a bit of attention when most of her fellow employees discovered her infatuation for a “stereotypical tobacco-chewing mill rat.”

KELLY CHASE continued with her novel, The Ring.  In this part of her story Kristine decides to defy her parents and leaves their house, leaving “the ring” behind.  After entering the old house where she originally found the ring, the ring spoke to her stating, “Your making a big mistake.”

LAURIE CHASE continued with her novel, Badradin.  After the Grand Advisor Kozrol comes aboard the Alliance vessel  he is given the grand tour by Zon, who explains the reason for all the different types of architecture, etc., and why each crewman was allowed to decorate his own quarters.  He also stated that he wanted him to meet Dr. Togalaz.

TOM SPENCER brought his three stanza poem entitled, “They Write the Metamorphosis.”  His poem told of the importance of writers, beginning with, “Words, more powerful than guns.”

JANE BURNS read  the beginning of her short story, “The Terrible Speed of Mercy.”  The story deals with life inside of a animal shelter/hospital,  and the terrible stench a new employee encounters as she tries to learn the necessary details of her new job.

MICHELLE VARGAS read the last few pages of her newest novel, Striving After Wind.  The story, taking place in post-Civil War Indiana, told of the punishment Tabitha received after being sentenced to death for a crime she hadn’t committed.  The well written novel ended at a grave site near Crown Point, IN.

BEVERLY STANISLAWSKI wrote a two page short story entitled, The Special Extra, told from the puppy’s view point as he was being taken to a garbage dump.  The pup was later found by a young boy who took him home, giving him a beautiful  dog’s life and deciding he was extra special after all.

RON TRIGG continued with his memoir, “What’s Wrong with Dad?”  In this part of his memoir Ron told of the hard decision he was forced to make, taking an early pension and leaving his job of twenty-five years with the federal service to come home and help his mother with the care of his mentally ill father.

JACKIE HUPPENTHAL read her six stanza poem entitled, “Nature in Shades.”  The poem, which she had entered in an Indiana State Park contest, told of the beauty of Shades State Park and the things she and her family had enjoyed one weekend.  She also read her two stanza poem entitled “Seeds,” which accompanied a beautiful picture of a dandelion as it’s seed began blowing away. 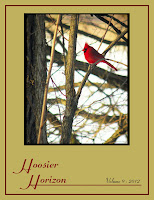 Three pages or less per member (This is to include short stories, inserts from novels, poems and pictures.)

Font size is to remain 12
Spacing remains 1.15 with one inch margins.
The title should be 18 font, bold, with author's name centered below title in 12 font in bold. Do not make title in all caps.