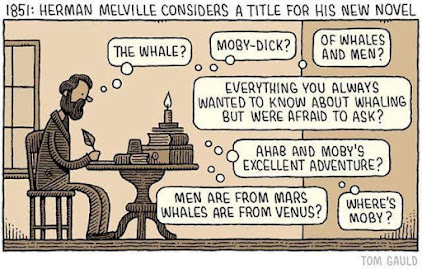 SHARON PALMERI reminded members that the WOH meetings would be as follows:  The second and fourth Thursdays of each month.  The second Thursday will be at the Merrillville Library from 4:30 to 6:30 P.M. and the fourth Thursday at Pappas Restaurant in Crown Point from 5:30 to 8:30 P.M.

KATHERINE FLOTZ read her one page short story entitled, “WHAT IS ONE OF YOUR EARLIEST CHILDHOOD MEMORIES,” the title given to her each week to be published at the end of the year.  This memory related to a plate of home baked cookies she was instructed to take to a neighbor whose dog attacked her.

AL KOCH read his two page short story entitled, “SEPTEMBER.”  The story tells of all the various things September can mean for all the different things in our lives.  For me, the one that states, “September is peaceful easy feelings, porch swings, lawn chairs, and being with those you love.”

SHIRLEY VAUGHAN read two pages of her third novel which begins where her second novel HEAVEN'S PLAN leaves off.  Mary struggles with a possessive husband while caring for their two young children and working full time.

SHIRLEY HINMAN read her 22 line poem entitled, “SUMMERS PAST.” Shirley’s poem relates to her various wonderful memories of sweet smells of a lilac tree and a scene that she wishes she could return to in a summer past.

SHARON BUCKMAN continued reading two pages from her novel, RUNNING ON A TREADMILL.  In this part of the story, Sandy finds out that Eric has discovered where she  is hiding.  Since he is certain that she must be running out of money, he decides to go to her mother’s house.

AUDREY WARZYNIAK read her short story entitled, “BAD BOY,” TOLD YOU SO!  In this part of her story she tries to bring attention to  her husband that their marriage is in trouble.  She is also worried about the various women hanging out with her boys.

CINDY HORGASH read her 1200 word short story entitled, “JITTERBUG.”  The story tells of an older, once chatty, man living in a nursing home who had become withdrawn after losing his wife. After being challenged to compete in a storytelling, he tells of a story happening in his W.W.2 days in the Navy.

BEVERLY STANISLAWSKI read her one page short story entitled, “THEIR SONG.”  The story begins with an older woman putting money in miniature table jukebox.  When she comes to C-12, Their Song, the familiar rhythm took her back to the wonderful times and the summer that promised eternal love.

AMY BRAILEY continued reading Chapter 27 of her novel, JON EVERETT and the HALL OF HISTORY.  In this part of the novel, Jon, as part of George Washington’s army, attacked Fort Duquesne and is now on the run.

SHARON PALMERI continued reading the part of her memoir dating from 1966-67, entitled “THE INDEPENDENT BIRD.”  In this memoir, Sharon is introduced, by a classmate, to a local Dee Jay who worked at Gary’s WLTH radio station.”  He introduces her to the life of a radio station Dee Jay. They dated a short time and he tried to encourage her to go into the radio field. She never saw him again until decades later when she was introduced to him as the new station engineer of a local digital radio station she was working at. 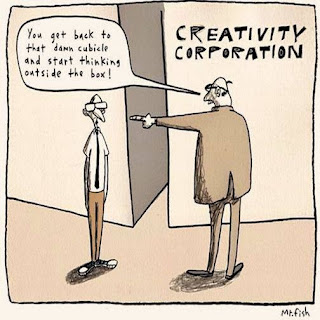 Many members and guests working on writings.  Danielle Johnson will bring copies of her book to the next meeting; Amy Brailey finished her historical fiction book, Jon Everett and the Hall of History; Mike Riley working on a 70’s story and marketing for his  Lake Stories book. Beverly Stanislawski won three awards from Ohio Poetry Society for her poems; Sharon Palmeri continues her memoir project. Sharon will also be teaching some writing classes at the Crown Point Public Library; and Cindy Horgash sent some of her stories to Chicken Soup for the Soul.

SHARON BUCKMAN read from Chapter 2 from her book Running on a Treadmill. Sandy returned to Indianapolis to stay at her mother’s house since she could no longer remain in Clifton, hiding from her dangerous boyfriend, Eric. During the bus ride, she meets a handsome stranger.

KATHERINE FLOTZ presented another entry for her Story Worth, “What inventions have had the biggest impact on our day-to-day life Life? ” She chose hot and cold running water from a faucet. These sources of water helped her family and her with laundry, dishes, and baths.

SHIRLEY HINMAN told a real-life story about finding a lost, autistic boy, “He Was Lost, but Now He is Found.” During the search, Shirley heard two rather miraculous voices directing where to go to look for the boy. And, she found him!

AMY BRAILEY presented Chapter 26 from her historical fiction book. Earlier sleeping in history class earns Jon a job to learn about George Washington. In an old attic, he finds keys, walks through Washington’s portrait, and ends up in the French Indian War. Soldier Treby received shots in both legs. Jon carries him a dangerous distance. They finally find help, but learn they have orders from General Braddock to march 60 miles to meet another troop.

MIKE RILEY presented “The Group” a 70’s short story. While the characters seem realistic, Mike confessed all were made up names, except his. Each character has a special “talent” making him unique. There is “Dollar” Bill who comes from money; Alice, not real name, who rolls joints and is calm; fast-talking, but short, Devin who might kill someone, but is not with us anymore; Andrew, not Andy, the idea man, always sure of himself, except…and Mike who is pretty average.

GAIL GALVAN read two poems: “Passage” and “That Nagging Feeling or Worry Wart.” “Passage” tells about time passing and our desire to “stop the clock, rewind, or fast forward.” She tells us to “cherish all extra days and nights.”

In “Worry Wart” we learn that nagging feelings are tough to escape. “Faith, not fear works, sometimes.”  We are encouraged to “live in the present” Life may change is a split second, “happiness can return to a traumatized heart.”

SHARON PALMERI continued presenting parts of her Memoirs including her first boyfriend, Ray. They were close until he left for war. Upon returning, Ray was not the same. At a dance she once attended, a snowflake decoration had the name John on it. Little did Sharon know that she would meet two John’s and eventually marry the last one. During a 40th class reunion her husband met Ray and they seemed to get along fine. Photos of people mentioned were also shown.

Posted by Write-On Hoosiers, Inc. at Thursday, September 09, 2021 No comments: