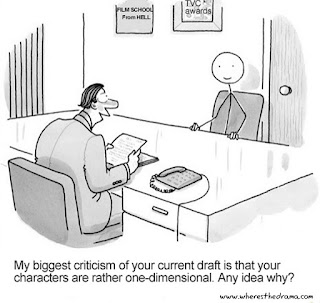 OLD BUSINESS:
Visitors:  JOHN HUNT (returning after 8 years away) and CAROL VON SEE (Visiting Caren)
A vote of approval for the February 7, 2019 minutes was first given by CAREN VON SEE and seconded by HARDARSHAN VALIA

TIM PHILLIPART read four free verse poems.  The first, entitled “Eschatology,” looks at different aspects of the hereafter, with the ironic stanza opener of “I am not.”  The second, “Just Practicing” traces the relationship of a boy and girl through the years.  “But I Wouldn’t Want to” describes our current cold, rainy, snowy days and the fact that we could live without the warmth we anticipate, but wouldn’t want to.  Finally, “Commas” is a tongue in cheek look at punctuation in poetry.

BEVERLY STANISLOWSKI read two poems.  Her first, “Ode to a Lowly Pothole” is an hilariously ironic ode (tribute) poem recounting the damages done by the all-too-present potholes.  The second poem, “The Makeover” is a sixteen line poem with 8 sets of couplets in which a man goes to great efforts to makeover his girl, only to have her run off with his friend.

AL KOCH read “Key Man”  from his book entitled Koch’s Choice:  Musings and Memories from the Mind Cafeteria A to Z  (soon available for purchase J) in which a student achieves great importance by becoming the key man—the one to ring the bell to end class—until a loss of focus and a great mistake humbles him.

AMY BRAILEY read “The Dragon Is Not Real,” a short story from her finish the story collection.  In it, a well-known hypnotist Nyx squares off with a nosey newspaper reporter trying to prove he’s a fraud.

CARON VON SEE read a continuation of Chapter 10 of My Treasure Chest.  In this section, Antonia takes Uncle Lorenzo to task over his gambling debts, which Antonio has had to pay off for him.

MIKE RIPLEY read a section from his short novel (commuter novel) entitled Lake Stories.  In this section, a boy has a defining moment when he is playing in the house, and a man with a hat approaches.  His mother hides, keeping him hidden as well, and the man leaves.  The boy repeatedly questions the adults in his life about the man in the hat, but the all evade the question.

DIANE STRATTON read the conclusion of her “Untitled Fiction Story” started on 1/17/19.  In this section, each person’s weaknesses are displayed for all to see.  Now each person must decide how to proceed from here.

HARDARSHAN VALIA read a poem entitled “Shades of Creation—A Scene at Hawaii Volcanoes National Park” which beautifully describes the contrast between the non-living lava and the plants that spring from its destruction.

The Meeting Adjourned at 8:05

Posted by Write-On Hoosiers, Inc. at Thursday, February 28, 2019 No comments:

This Anniversary & Reunion Gala is open to: W.O.H. members past and present, Sharon Palmeri’s writing class students, and all writers clubs and all writers,  including family and friends

HIGHLIGHTS:  ** These are approximate times

6:00 p.m. Doors open for cash bar and socializing. GIFTS for EVERYONE!
Check out the local writers’ table where books are displayed for sale. We support our local authors, and hope you will as well by purchasing a book.

Entertainment will be singer and Deejay Mike Bruccoleri. Mike previously played with Herman’s Hermit’s Peter Noone.

If you wish to attend please message or e-mail Sharon Palmeri at writeonhoosiers@comcast.net