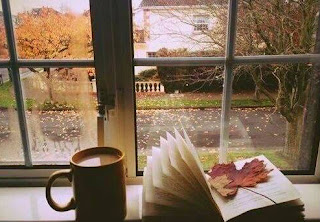 OLD BUSINESS:
A vote of approval for the September 1, 2016 minutes was first given by KATHERINE FLOTZ and seconded by HARDARSHAN VALIA.

KATHERINE FLOTZ stated that we will possibly be having a different performer this year for our Christmas party, the fee is still be worked out.

GAIL GALVAN stated that there was a slight discrepancy in the fee previously mentioned that each member would need to pay for his or her 6 copies of Horizon Spectrum. This discrepancy was due to a calculation error. She apologized for any inconvenience or confusion. About half of the members paid the difference at the meeting.  Sharon Palmeri will e-mail other members with the amount they owe.

HARDARSHAN VALIA mentioned that he was able to recite his poem, “I Remember,” at the Spirit of the Dunes: A Poetry Reading on Saturday, September 10th.

CAREN VON SEE read three pages of the beginning of her short story, “Brunswick Castle.”  This very intriguing story began when a new bride was taken to her husband’s home in Cambridgeshire, England for their honeymoon.  The “home” was a cavernous castle that she was encouraged to wander through by her husband, even though he was unable to be with her most of the time.

BEVERLY STANISLAWSKI read her lovely four stanza, Pantoum poem, entitled “When Love Found Me.”  The poem began with the line, “Because I could not stop for love,” and then added, “Love made a pause for me.”

HELENA QI read her one page memoir entitled, “Good Bye, Big Guy.”  The story told of how the family van, “Big Guy,” had saved the lives of her five passengers several months prior when sliding off an ice-covered road, crashing into an 18-wheeler.

NEIL BEDEKER continued with his novel, Early Retirement.  In this part of his story, Chapter 11, the two FBI men, Mapes and Roseman, were stopped at a Florida Welcome Center as they were still doing surveillance on the school teacher.  Mapes began to chastise Roseman for not keeping his eye on their subject.

HARDARSHAN VALIA read his four-stanza poem entitled, “Two Feathered Dove.”  This delightful poem told of how this “nearly naked, two feathered dove,” compared to the “original of messenger of peace,” from the curse of shedding “One feather for each War.”

DONNA ECKELBARGER read her two page short children’s story entitled, “Don’t Forget Your Library Book.”  The story begins with six-year-old Penny trying to find her library book.  With each item she picks up to look for it she discards under her bed.  With the bed slowly rising from the discards, and her mother yelling at her to hurry for the bus, she finally finds it in her backpack she had been carrying.